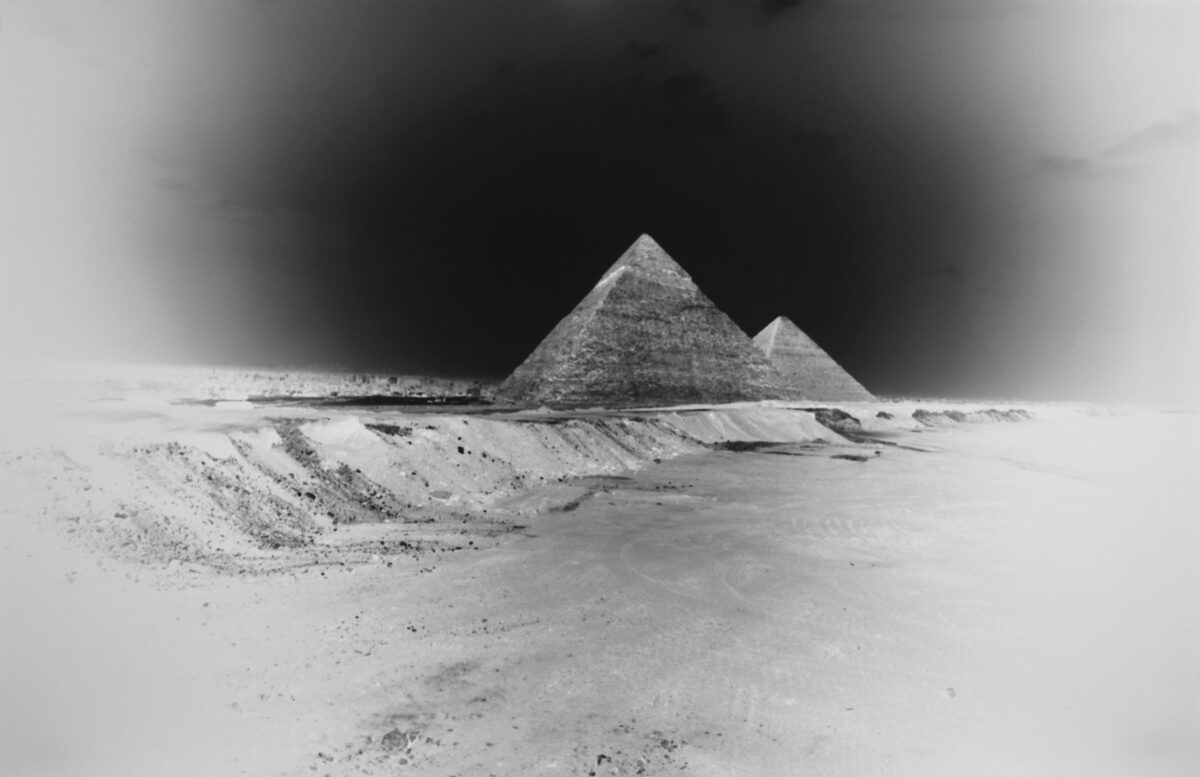 Vera Lutter photographed the pyramids, temples, and surrounding natural settings of Egypt in early 2010 using a modified travel trunk as camera obscura. Among the sites the artist visited are the pyramids on the Giza plateau just outside of Cairo, the Temple of Kom Ombo in Luxor, the Bent and Red pyramids of Dashur, and the Step Pyramid of Sakkara. Each monument seems to glow as depicted by Lutter, surrounded by the bright sky above it which renders as near pitch black through Lutter’s pinhole camera. 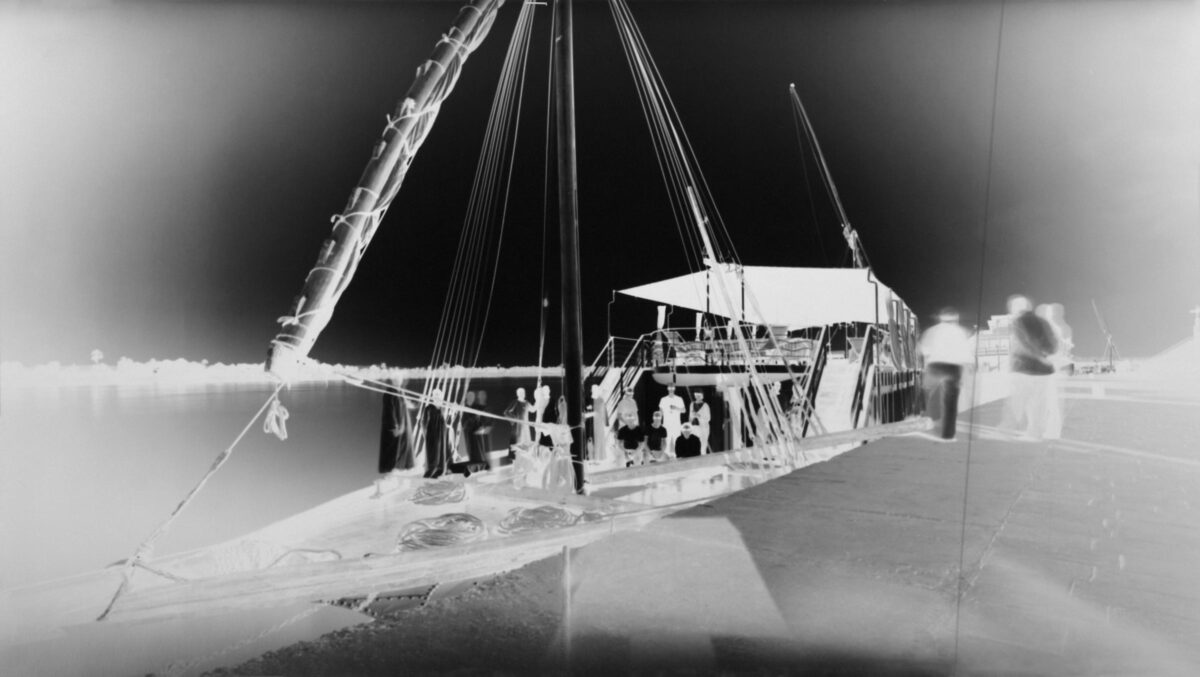 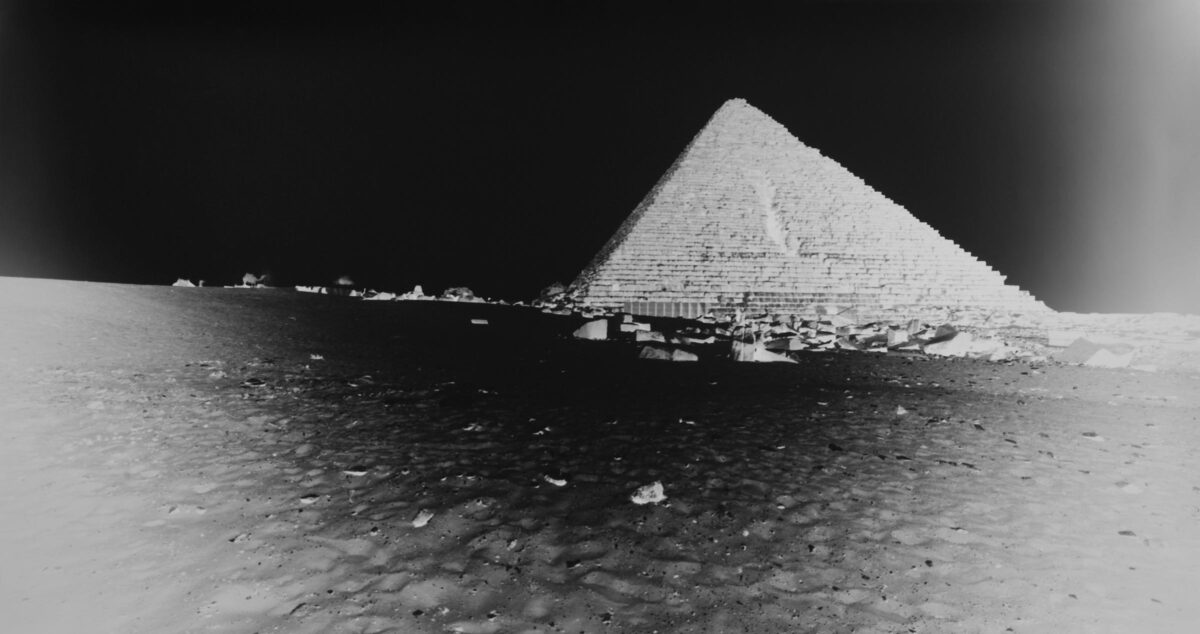 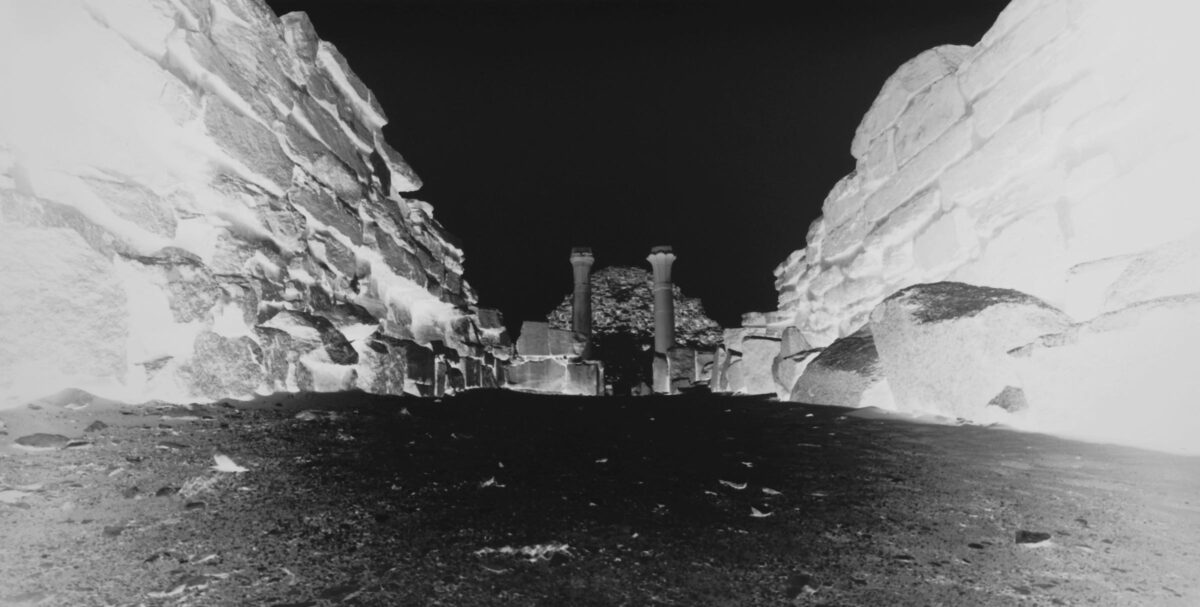 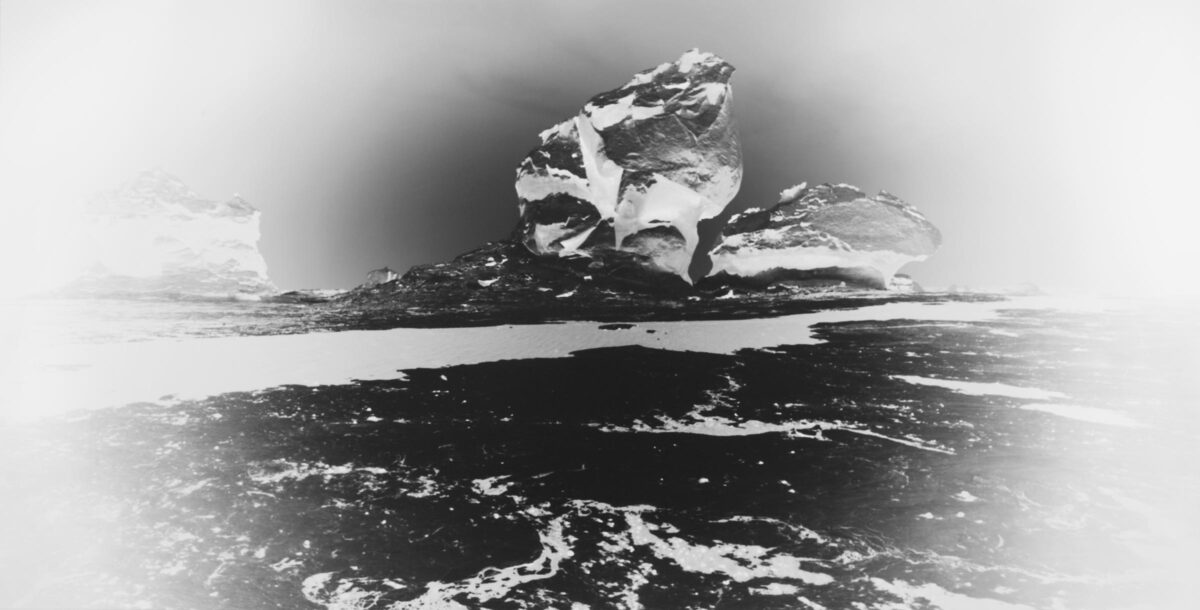 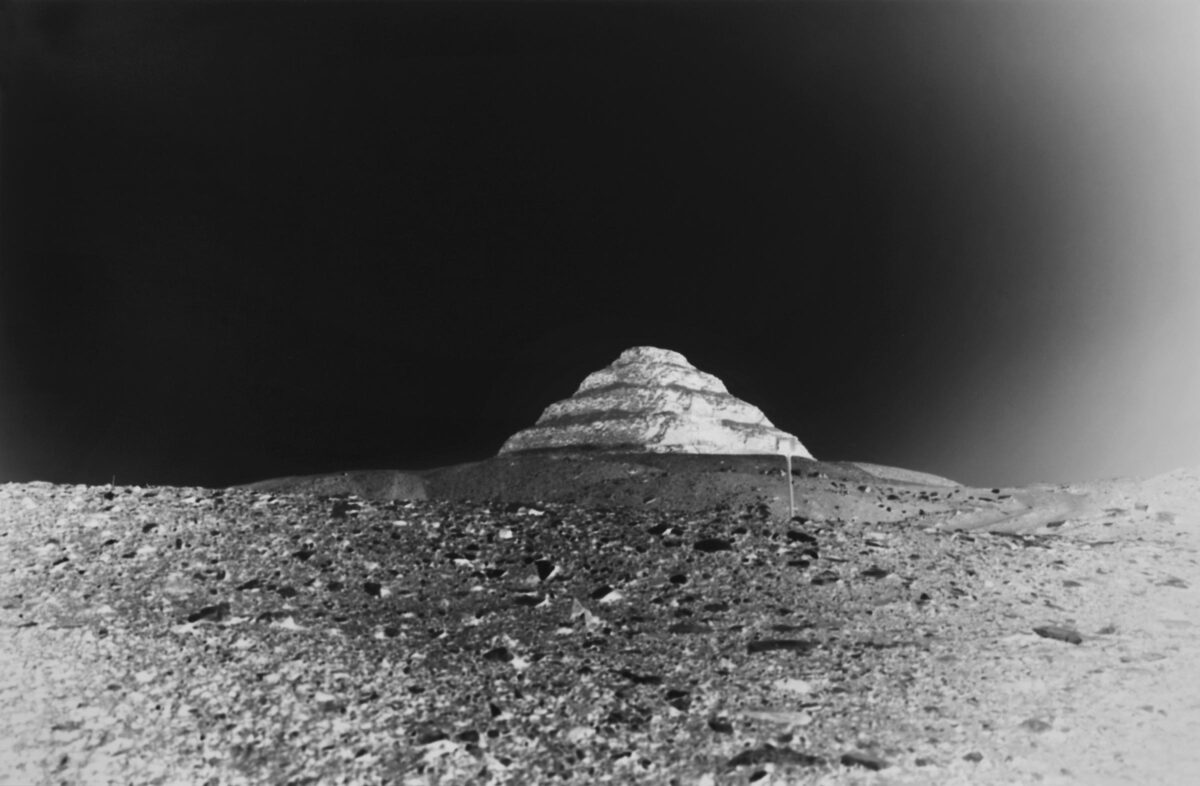 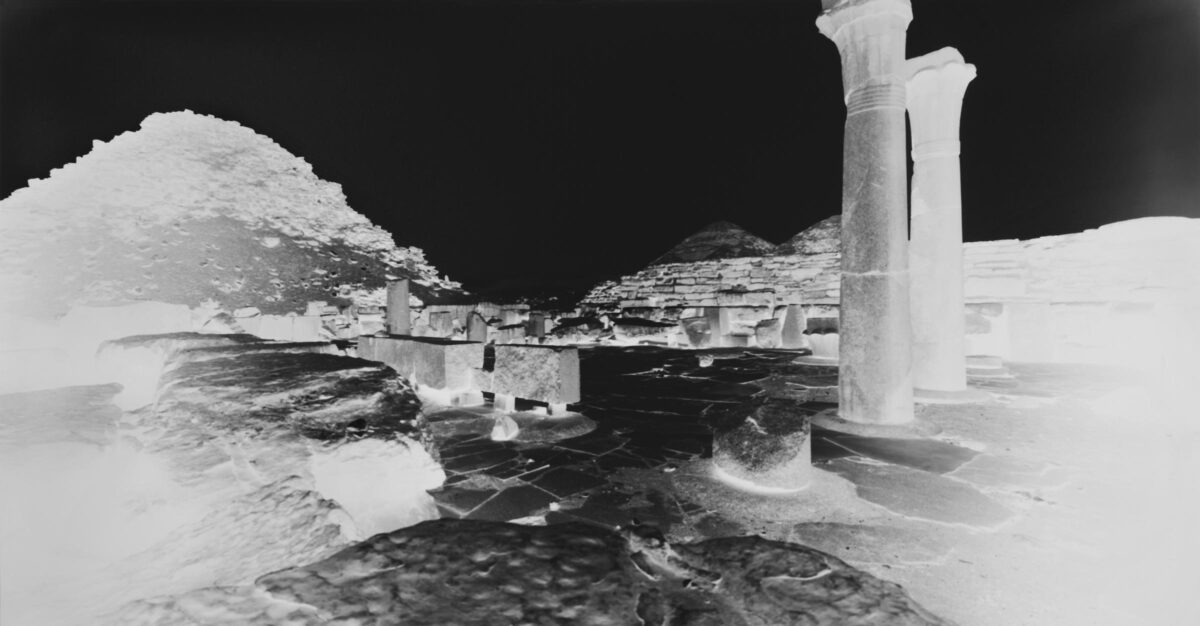