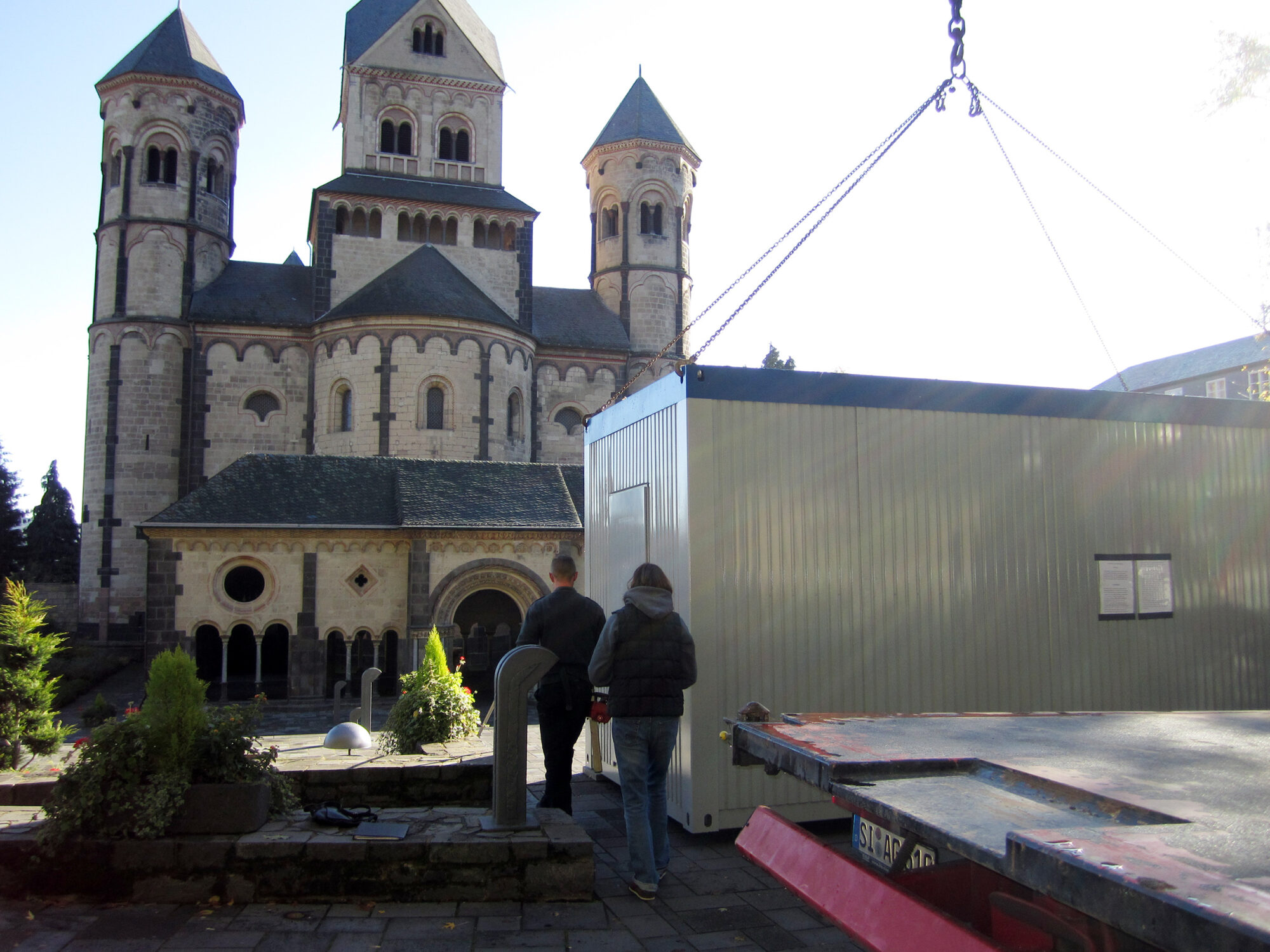 In October of 2010, Vera Lutter photographed Maria Laach, an eleventh-century Benedictine abbey. Using a container altered to function as a camera obscura, Lutter’s images retain the solemnity and weightiness of the abbey’s distinctive and fortress-like Romanesque architecture. Over the course of a month, she produced numerous large-scale photographs of the building’s impressive eastern and western façades from angles that emphasize the abbey’s imposing towers and high, solid walls. With the values of light and dark inverted through Lutter’s process, the structure becomes a looming silhouette whose windows, usually cloaked in shadow, seem to be emitting light from within. Further emphasizing the inherent negative/ positive characteristics of chemical photography, both the abbey’s western and eastern facades have two towers, as if mirroring each other. Maria Laach has even been appropriately called “the abbey with two faces.”

Situated on the southwestern shore of the Laacher See in the Eifel region of Germany, Maria Laach has changed hands many times, passing amongst royal ownership, secular oversight, and various monastic orders. It was completed in 1093 and was known for nearly eight centuries as Abtei Laach (or Lake Abbey). Its notable Paradise porch was added in the thirteenth century, giving it a profile more reminiscent of Early Christian basilicas. Following a period of dissolution and secularization under Napoleon, the abbey was renamed Maria Laach by the Jesuits in 1862 and has since remained an active place of worship and important monastery for the region.

In addition to Lutter’s large works, she made a series of smaller pictures using a travel trunk converted into a mobile pinhole camera. These photographs of the deep recesses of the Paradise porch colonnades and the ornate detailing on the Romanesque-style Lion Fountain again give the structures a luminosity that uniquely conveys the spirit of the place. While the larger works project a sense of calm and stately grandeur befitting the abbey’s storied past and defensive architecture, the smaller-scale images offer a more private and privileged view of the abbey and its surrounding buildings. 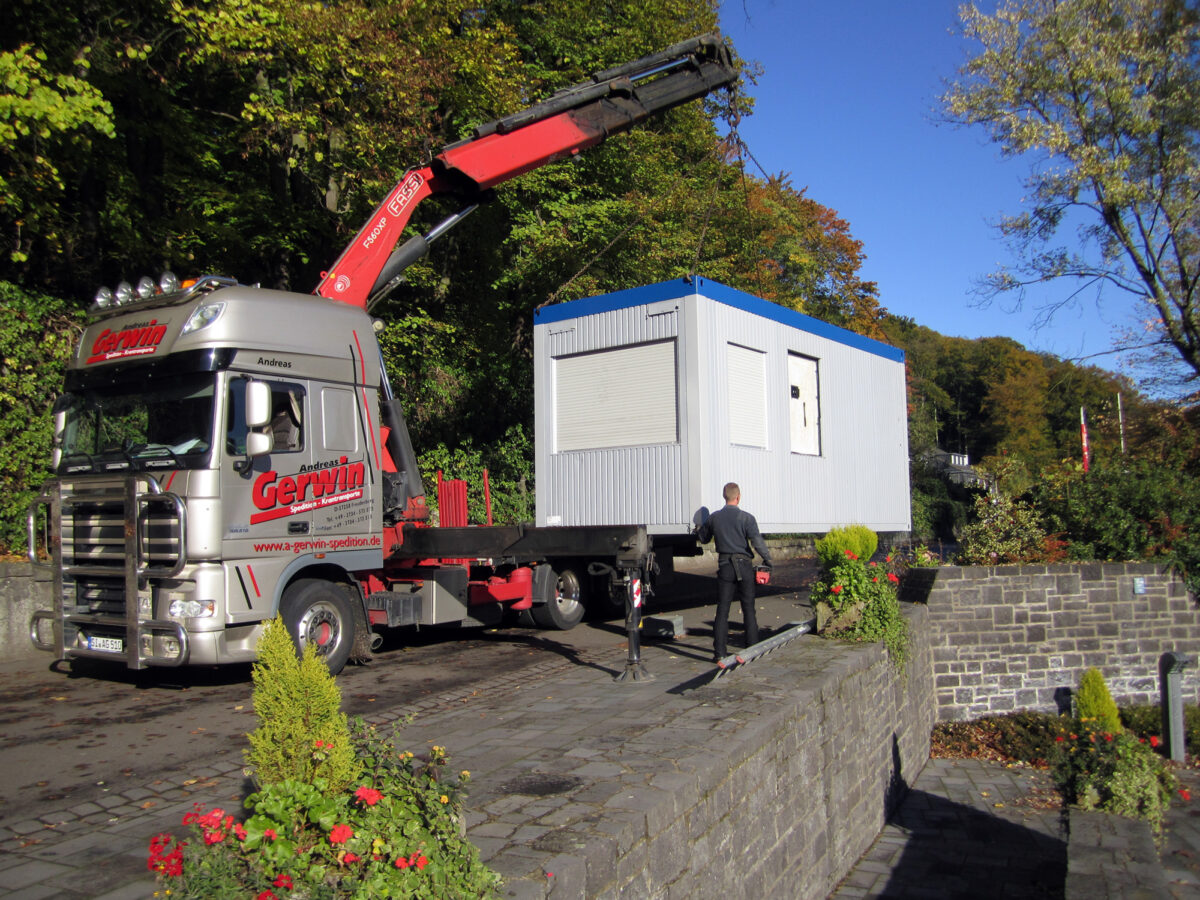 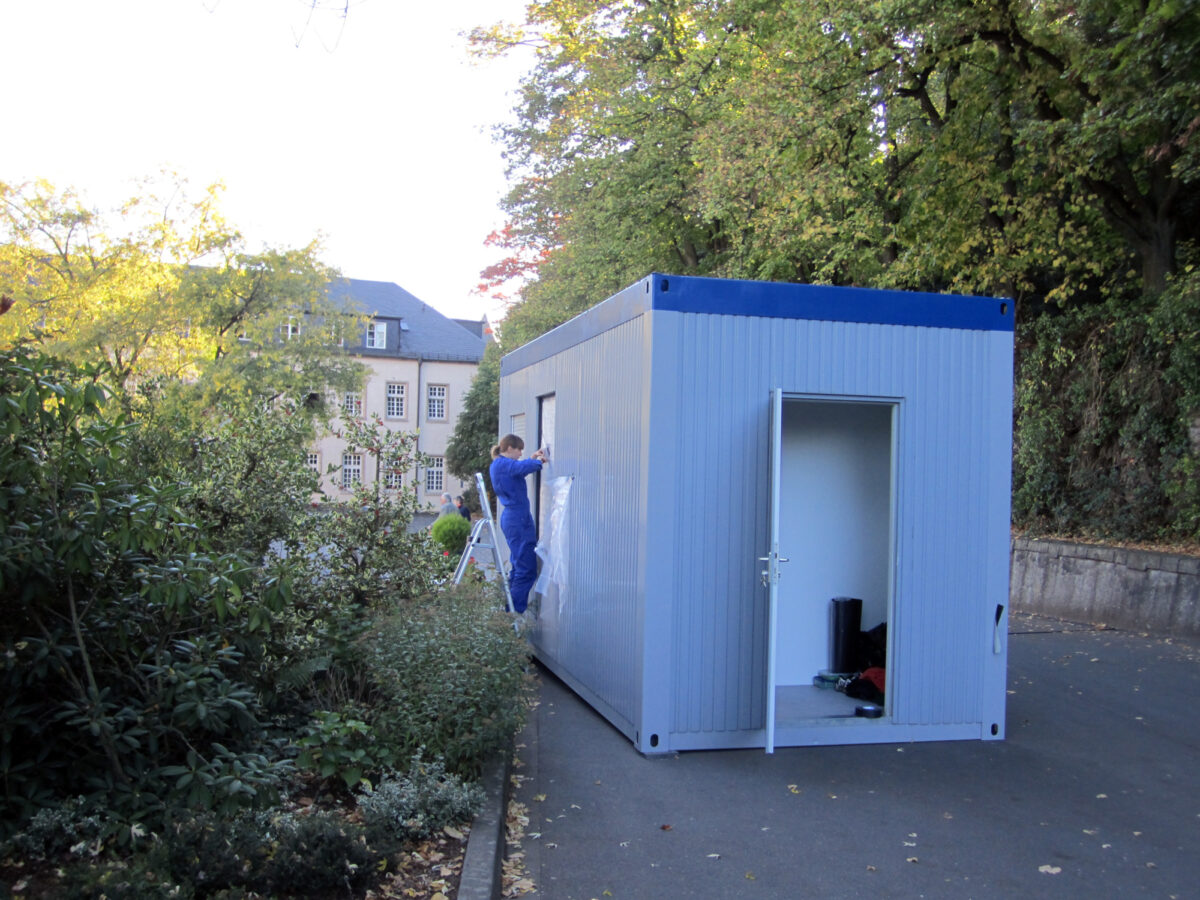 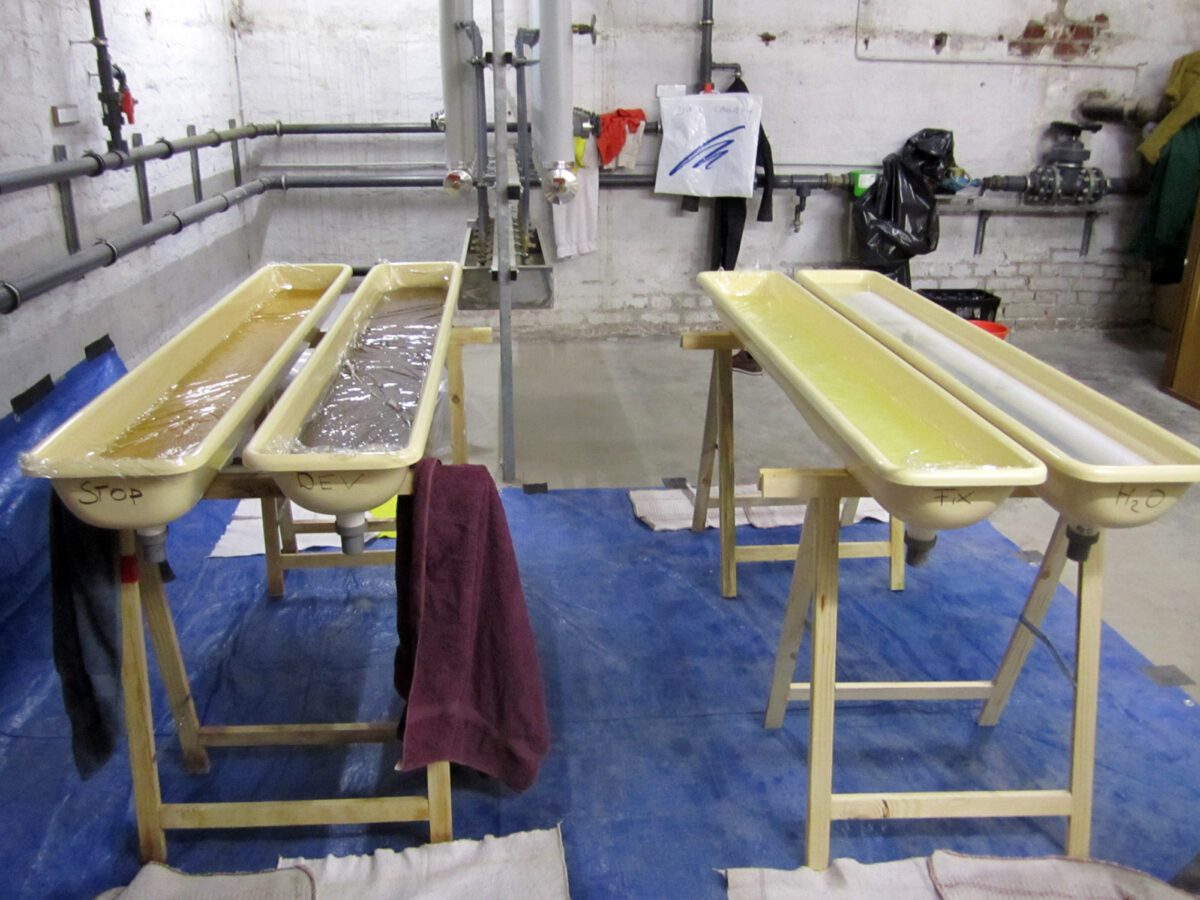 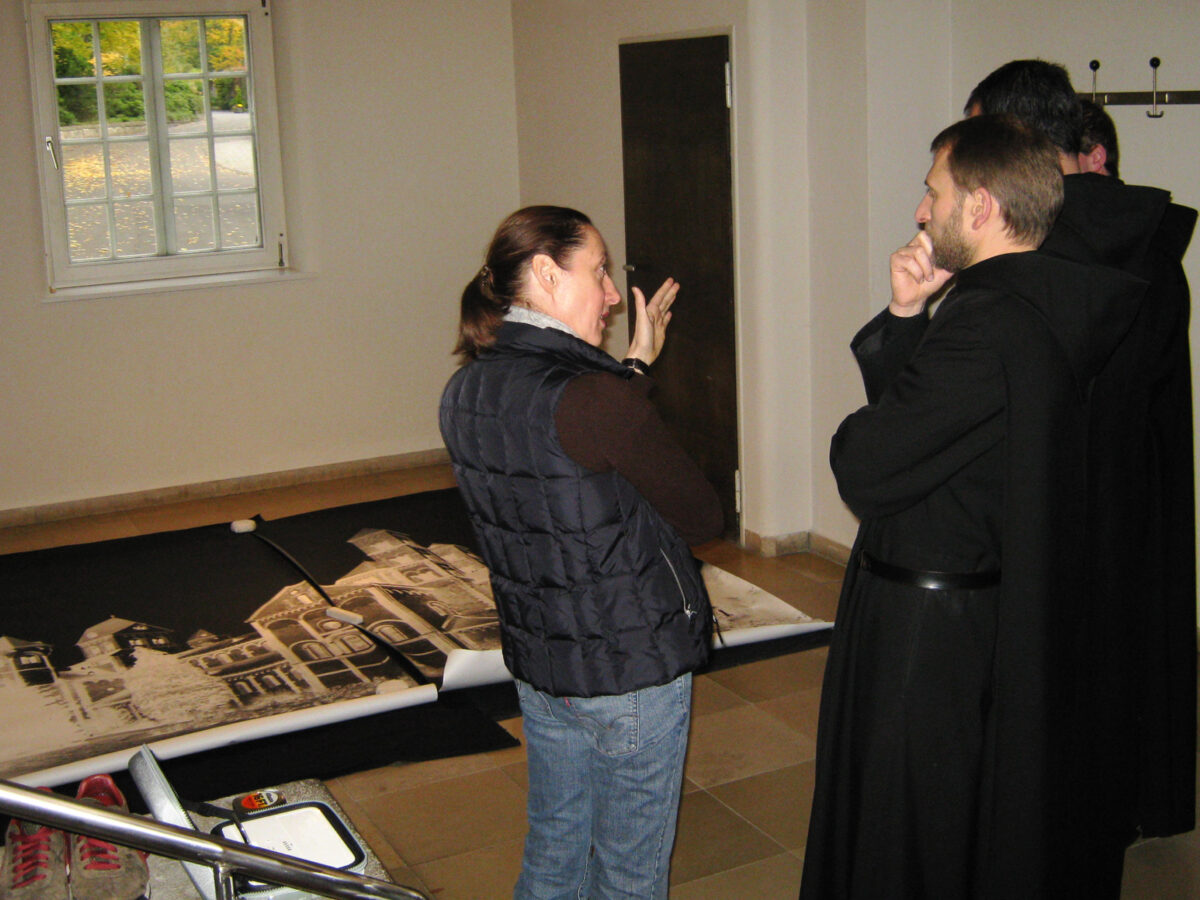