back to Central Park 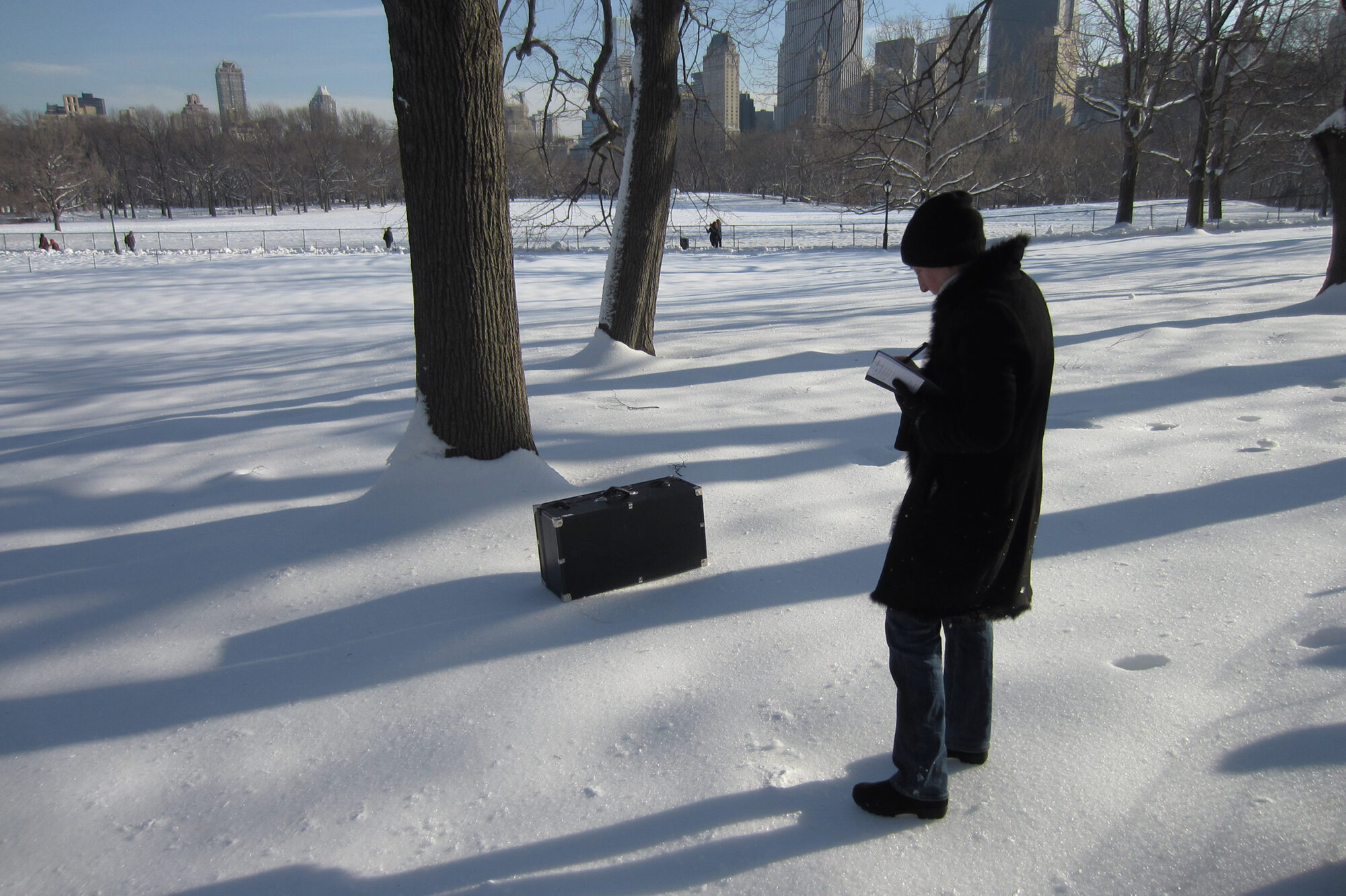 Lutter began photographing Central Park with a portable pinhole camera in 1996 and continued the project well into 2015. The body of work produced is an investigation into the innate complexities and mysteries of trees and their place in New York City. Surrounded by Manhattan’s architectural grid, Central Park provides a calming anchor at the city’s core. Lutter’s black and white images of single trees reveal the dynamic way which branches and shadows intertwine, complicating and confusing space and position. In some views, the branches form networks reflective of neural pathways; in others, one finds intimidating giants with outstretched arms, chalk-white against a blackened sky. The verticality of the trees, with their crowns stripped bare and casting long glowing shadows on the ground, provoke alternating reactions of unwavering power and vertigo. In reducing the trees and limited horizons to abstract forms—line, texture, and suggested movement—Lutter’s images allow the viewer room for reflection and repose, mirroring what the park itself offers New York City’s inhabitants.

Visiting the park during winter and early spring, Lutter was able to observe the trees without leaves, in their most raw and graphic form. The resulting imagery gives evidence to the inherent choreography of the trees seen against the backdrop of Frederick Law Olmsted’s impressive park design. In some of Lutter’s pictures, where hints of buildings or snowy tire tracks can be seen encroaching on the edges of the picture plane, we are reminded of the artificial constraints put upon these trees by the park’s construction. In this intimate conversation between nature and urban development, Central Park, seen through Lutter’s closely considered images, presents its own complex ecosystem that pits feelings of respite and co-habitation against those of disruption and intrusion. 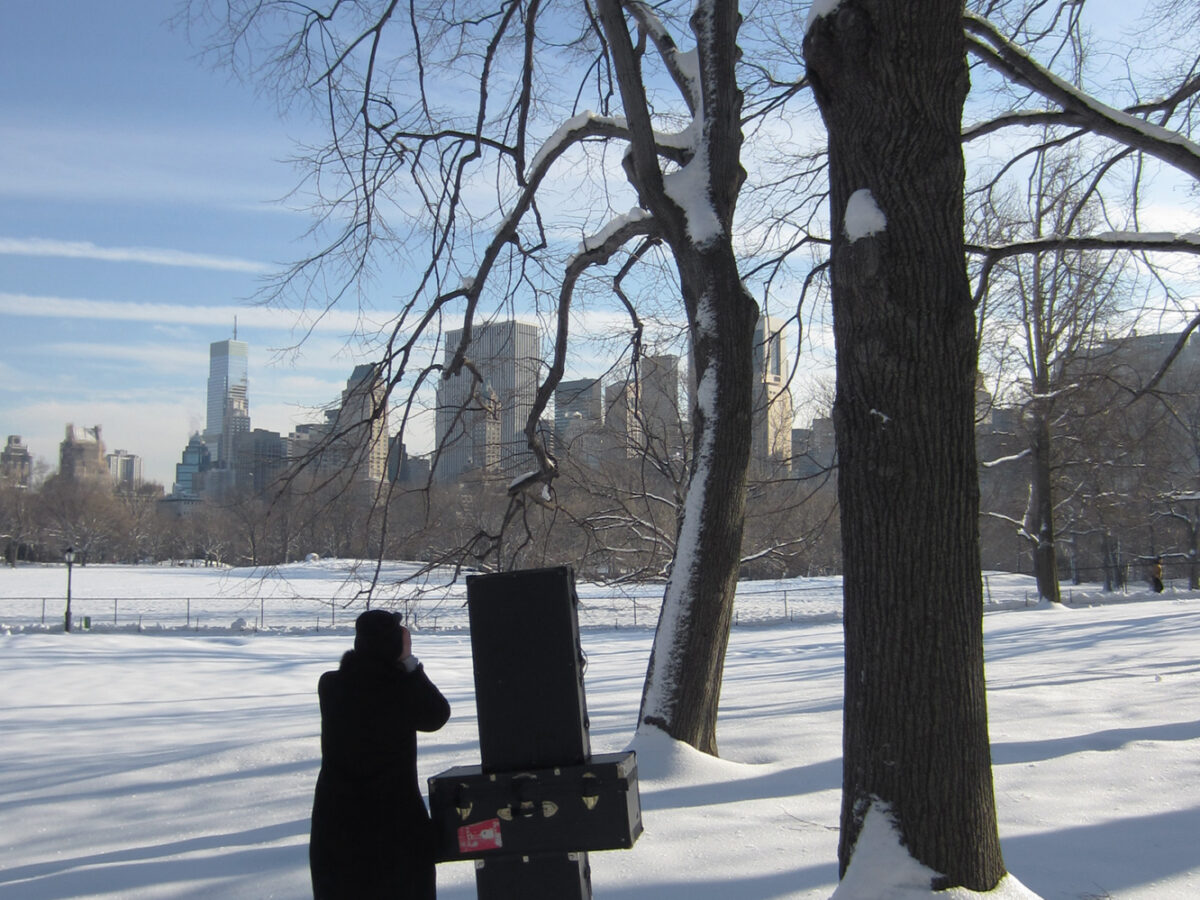 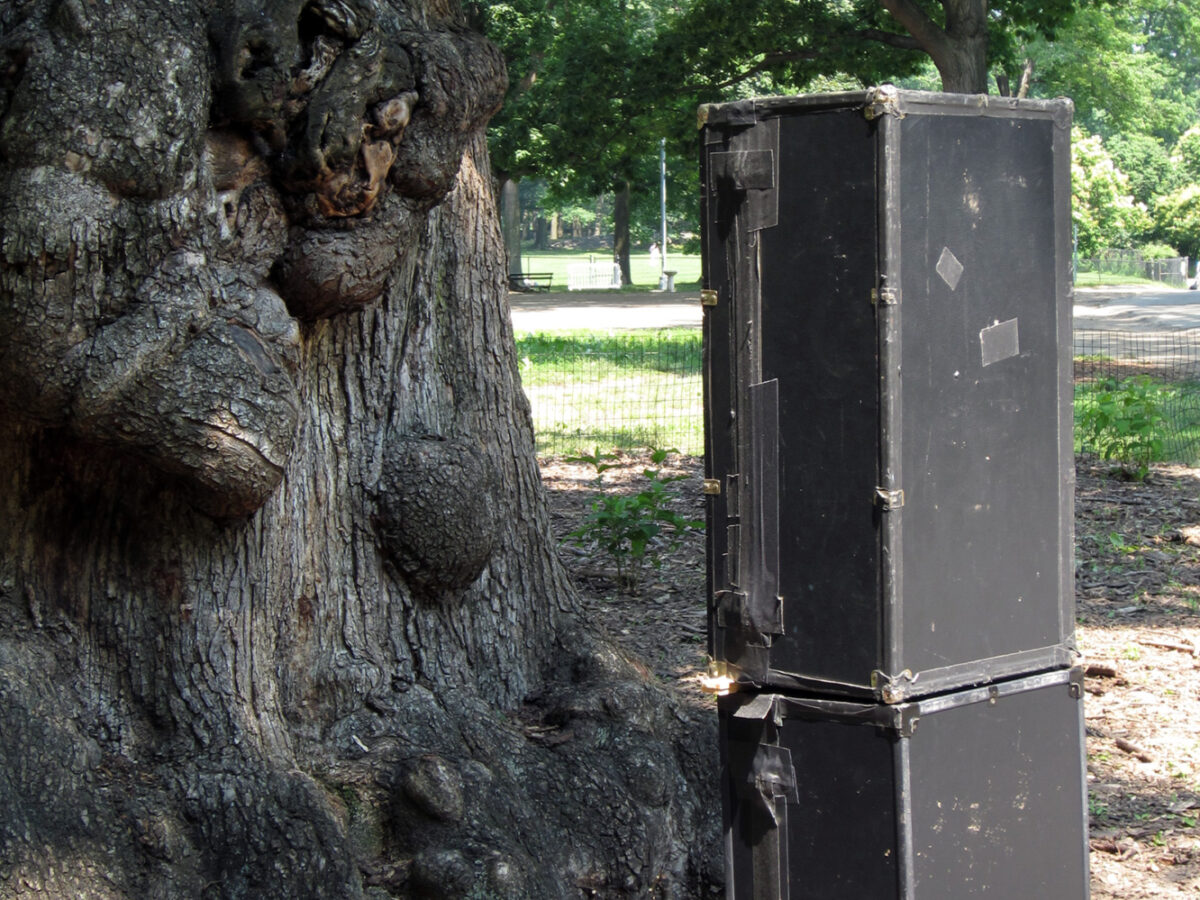 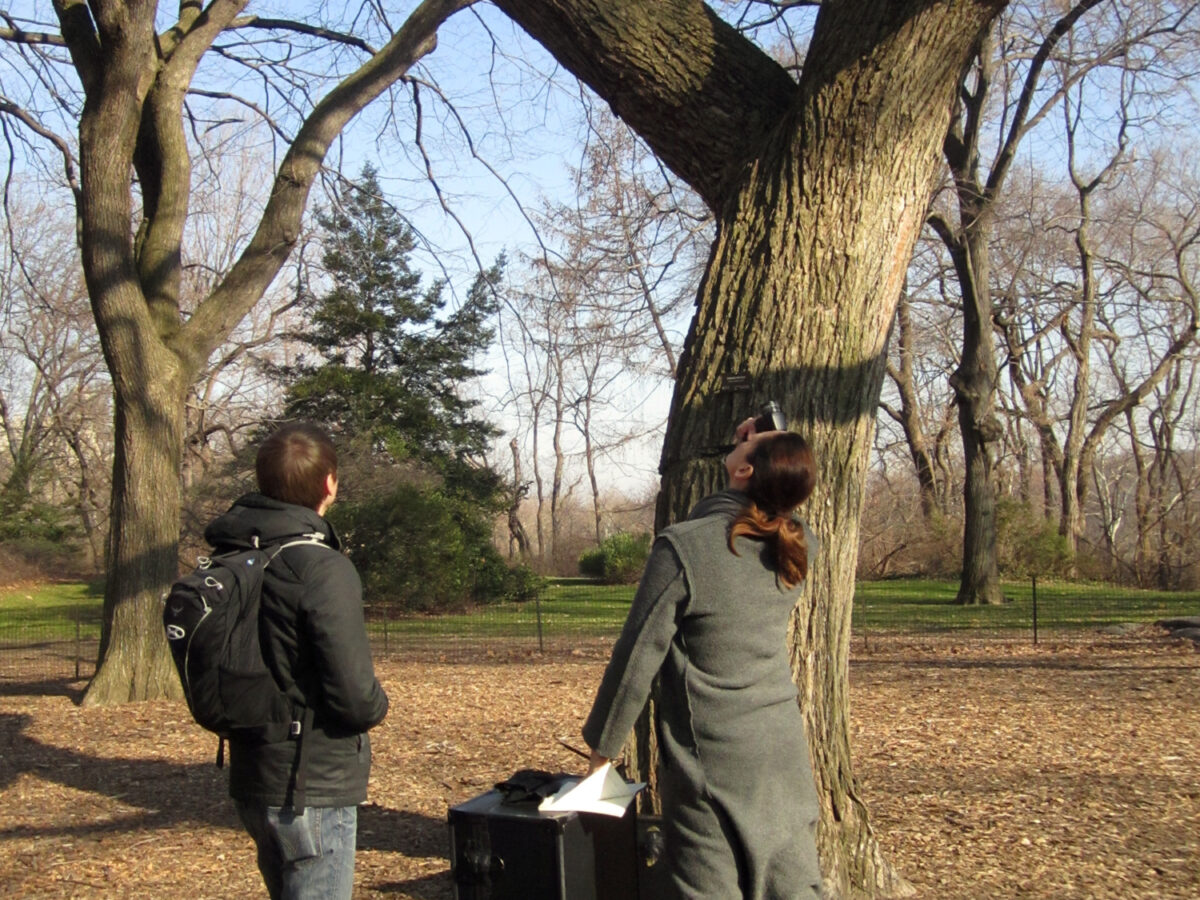