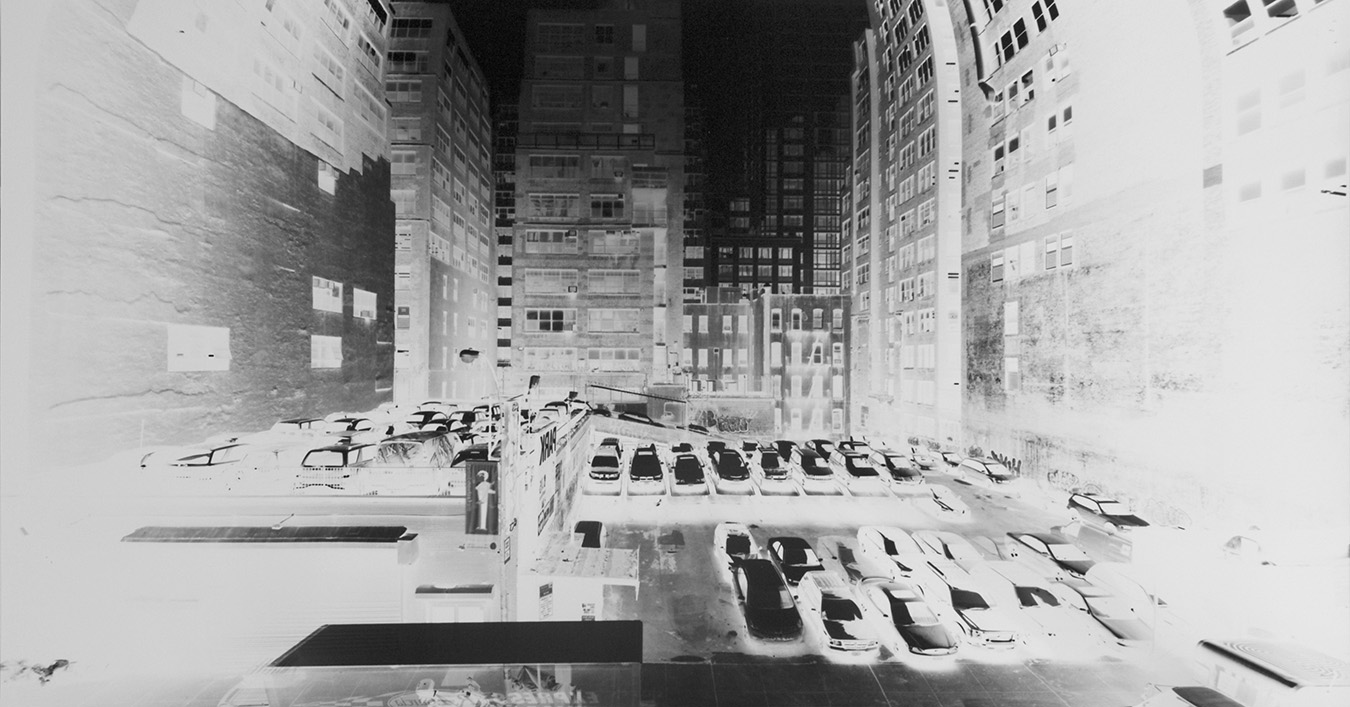 The shifting infrastructure of urban centers is a recurring subject throughout Vera Lutter’s oeuvre. Since the beginning of her career, New York has provided ample opportunity for her to follow a city in a state of constant transformation, alongside its rapidly transforming neighborhoods and ever-present construction sites. The large influx of budget hotels and high-rise residential buildings erected in Manhattan’s Garment District in the early 2000s embodies this trend. A neighborhood once known for being the headquarters of high-profile designers, their production facilities, warehouses, and showrooms, as well as fabric and materials supply stores has adjusted to accommodate for an overflow of tourists and a new generation of high-paying property owners.

In a series of images made between January 2011 and August 2012, Lutter traced the demolition of a parking lot across from her Midtown Manhattan studio and its subsequent replacement, a luxury apartment building. Although such construction projects are common in Manhattan, witnessing the month-to-month transformation underlines the contained activity required to gradually change the face of a city.

Lutter’s series of large paper negatives begins with the disappearing lot, filled with debris and construction machinery. The images, created through a pinhole aperture in her studio window, document the site through its stages of demolition and construction. The early images in this series show a busy site filled with machines and materials, but once the iron framework of the building is erected, the images take on a calm and minimalist appearance. It is only once the windows are installed—after over a year of work—that the photographs show the final sleek and modern facade of the building which fills the entire frame, giving the final images a rather claustrophobic effect.

The contrast between the expanse of the open lot and the deadpan exterior of the new building emphasizes the surface of the picture-plane itself. The building’s new windows reflect Lutter’s own vantage point from across the street and consequently impart the later photographs with slight voyeuristic connotations. But Lutter’s works position themselves as both observational and self-reflective, a window and a mirror, like in her Columbus Avenue works. In moving from a projected space to the flat plane of the facade, the attention shifts away from the conditions of the changing world and onto the very mechanisms of sight that allow those conditions to be perceived.