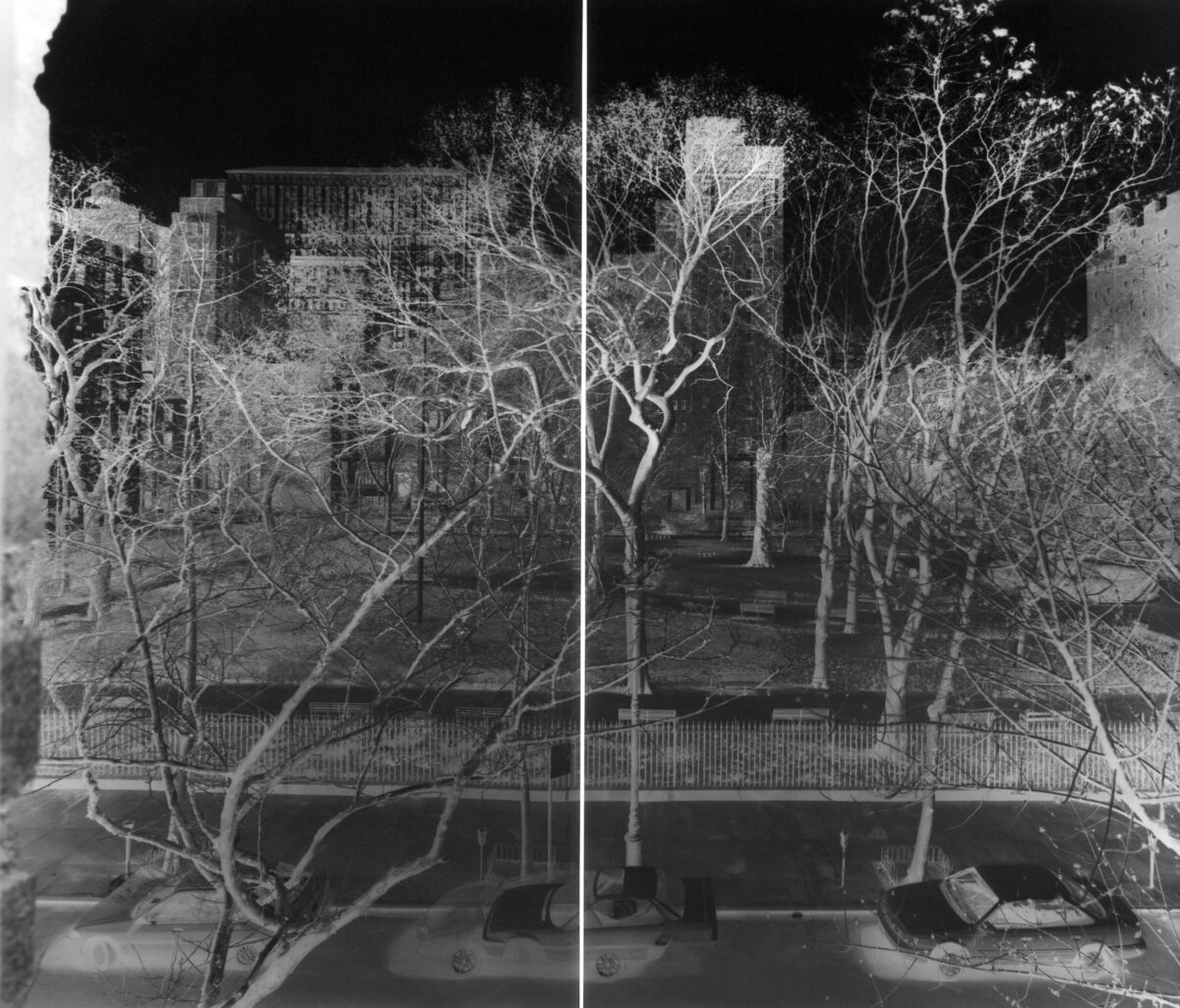 Lutter, a longtime admirer of the life of trees, photographed New York City’s Gramercy Park as an initial investigation into metropolitan landscapes begun early in her career. The project originated when the artist was commissioned by patrons to create a body of work for the first Gramercy Park Art Fair (now the infamous Armory Art Fair). She photographed from a hotel room window across from the park, the same hotel room in which Lutter would later exhibit the prints during the art fair, playfully aligning the finished pieces within their creative context. Depicting the small enclave of enclosed greenery at different times of day, the work becomes an intimate conversation about the intersections of urban and natural life.

Since access to the park is only given to the residents immediately around it, Lutter’s images provide an unusually close glimpse into the only private park in New York City. Despite their containment within the wrought iron fences, the trees are seen as effervescent and unrestrained, becoming forms on which the eye can rest from the confining geometry of the buildings that surround and rise above them. In this sense, Lutter’s Gramercy Park work acts as a foil for her more recent photographs taken in Cold Spring, New York, where the trees are seen in their natural, dominant state of unrestricted growth.

A similar project, as well, to Lutter’s work in Central Park, which began roughly at the same time, the Gramercy Park photographs comprise some early examples of the artist experimenting with motion and light. Made primarily in the spring, Lutter’s images capture newly appearing buds and nearly empty branches forming networks like capillaries across a blackened sky. Some photographs focus in particular on the movements performed by the trees in their adapted urban environment, blurring and contrasting with the surrounding facades or isolated within the black field of the sky. Sunlight and exposure time also play an important role in the mood of the images: in some it allows for an abundance of detail in the bark and foliage of the trees as if growing into darkness; in others it yields distinct silhouettes that lend the subjects a more suggestive presence of luminosity, which is always at the core of Lutter’s practice. 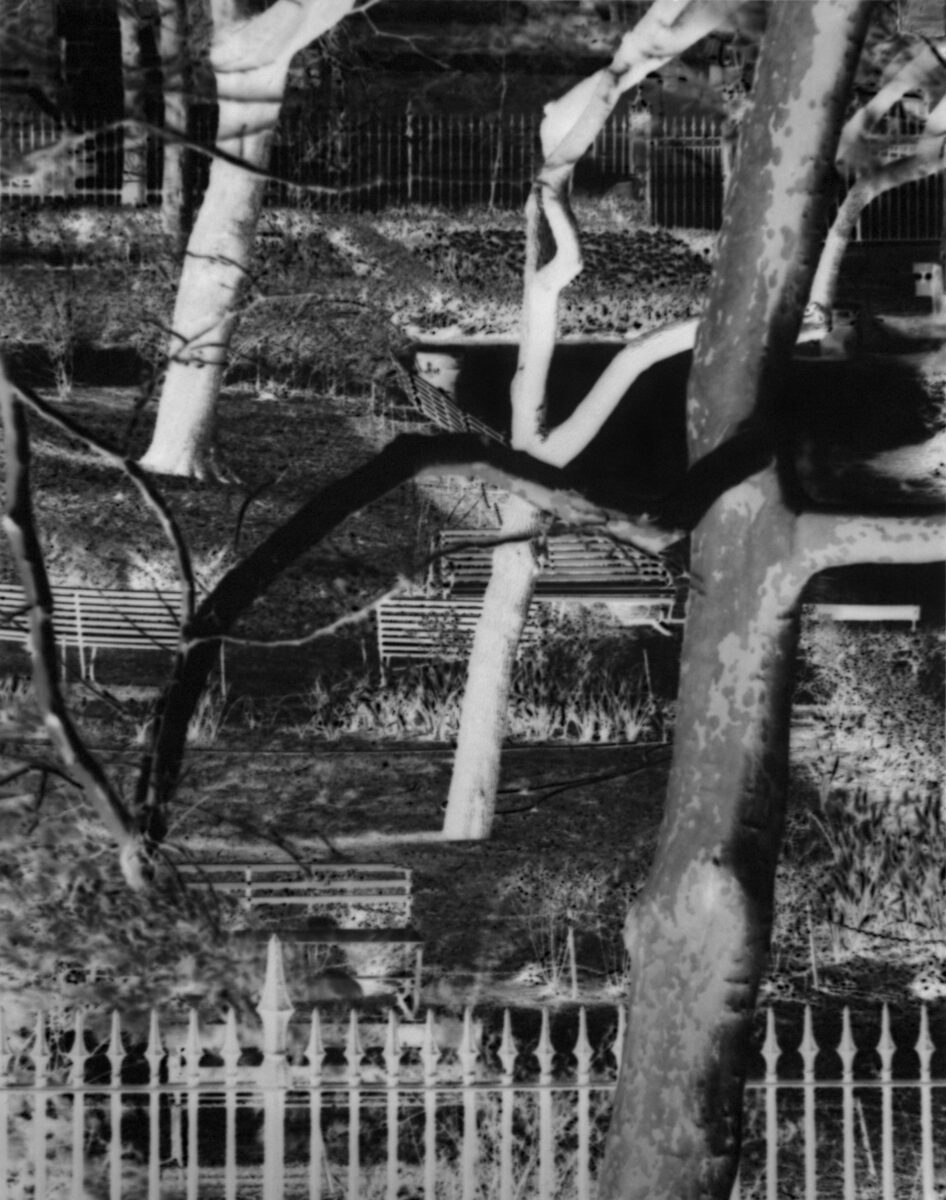 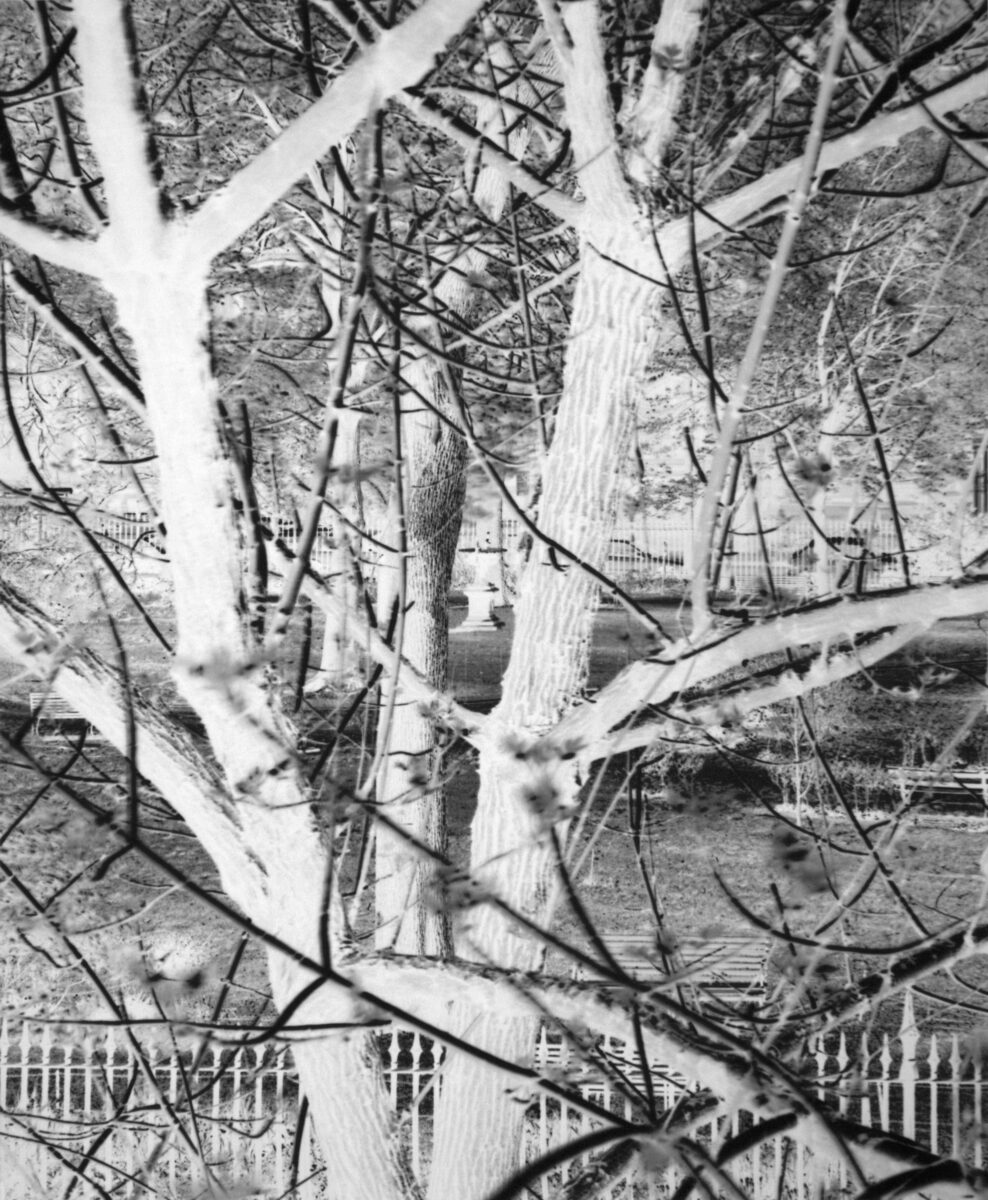 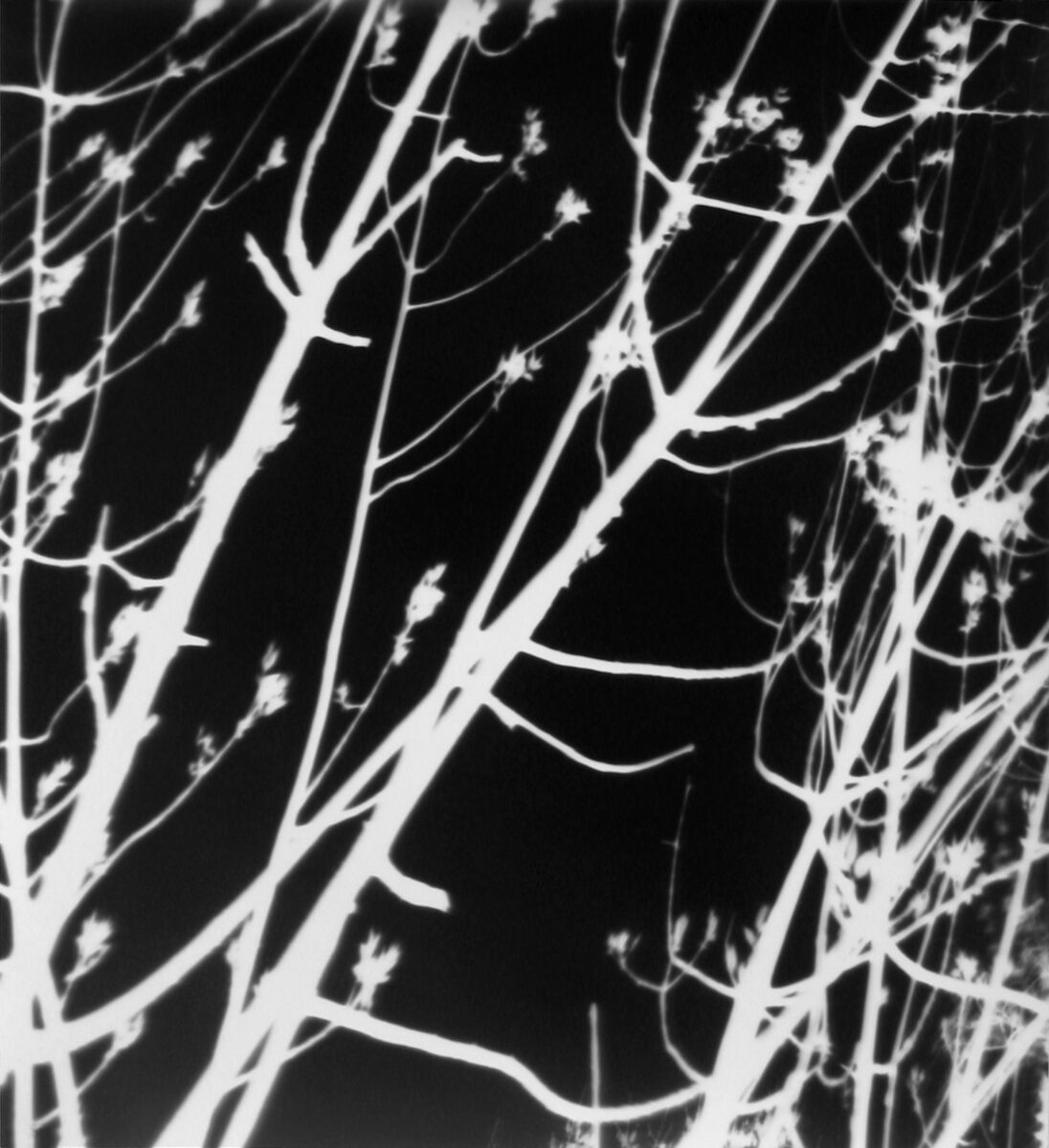 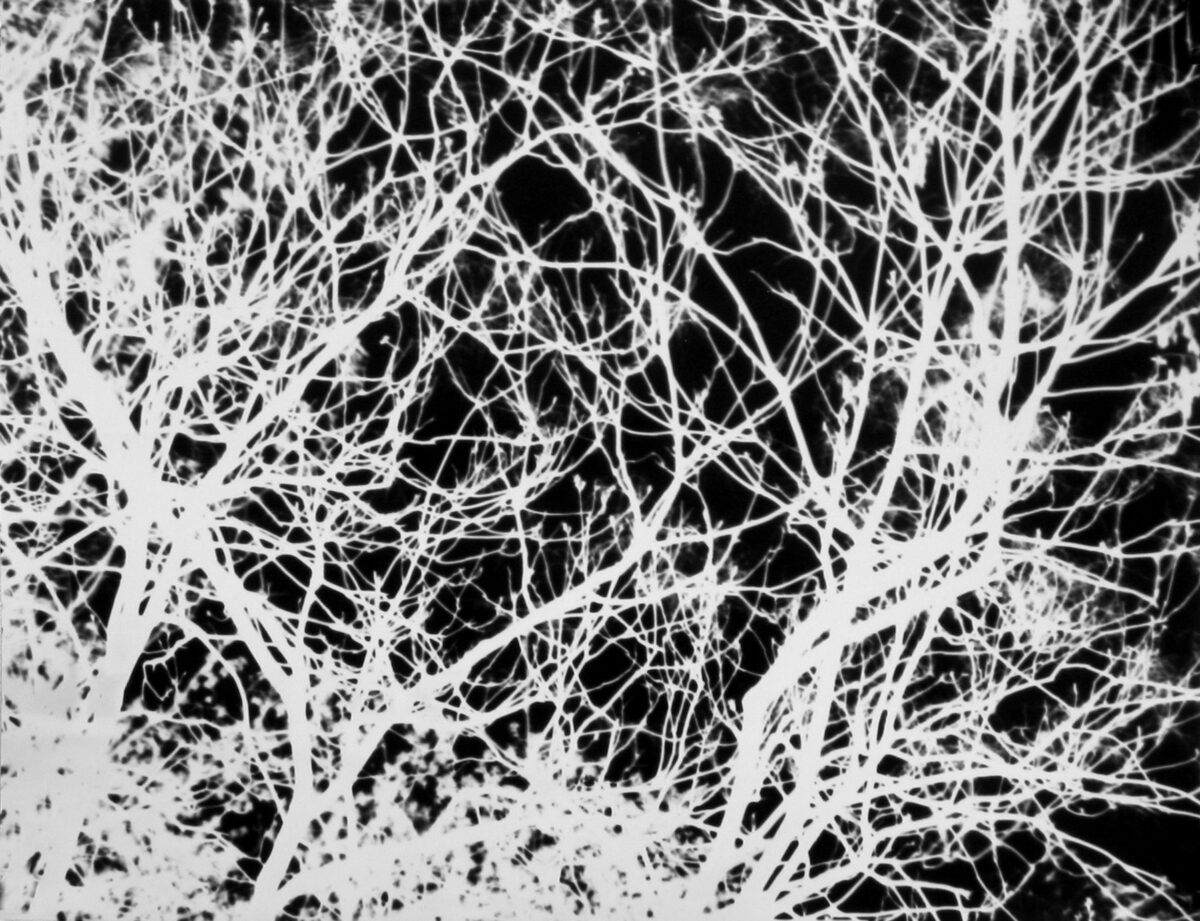 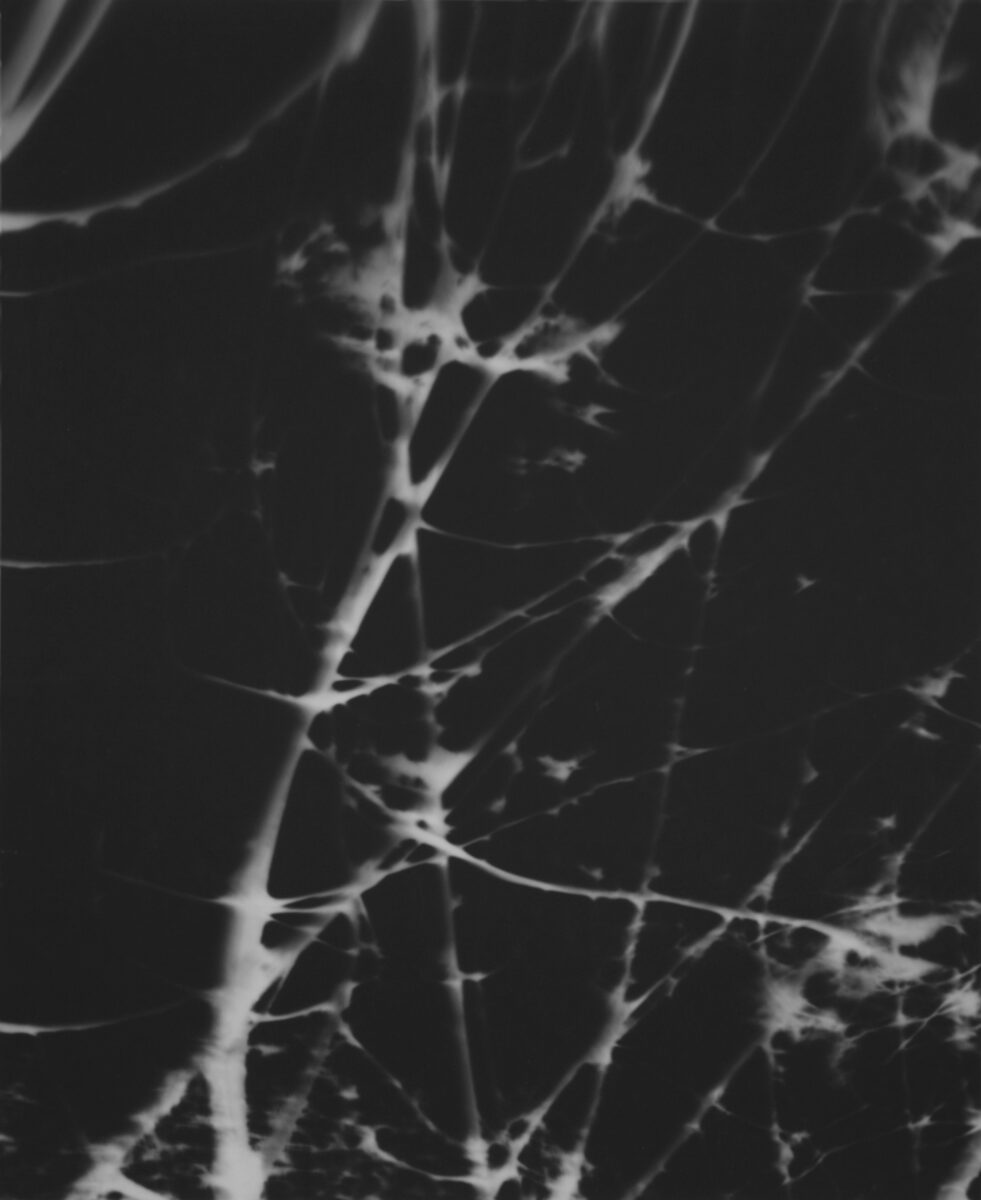