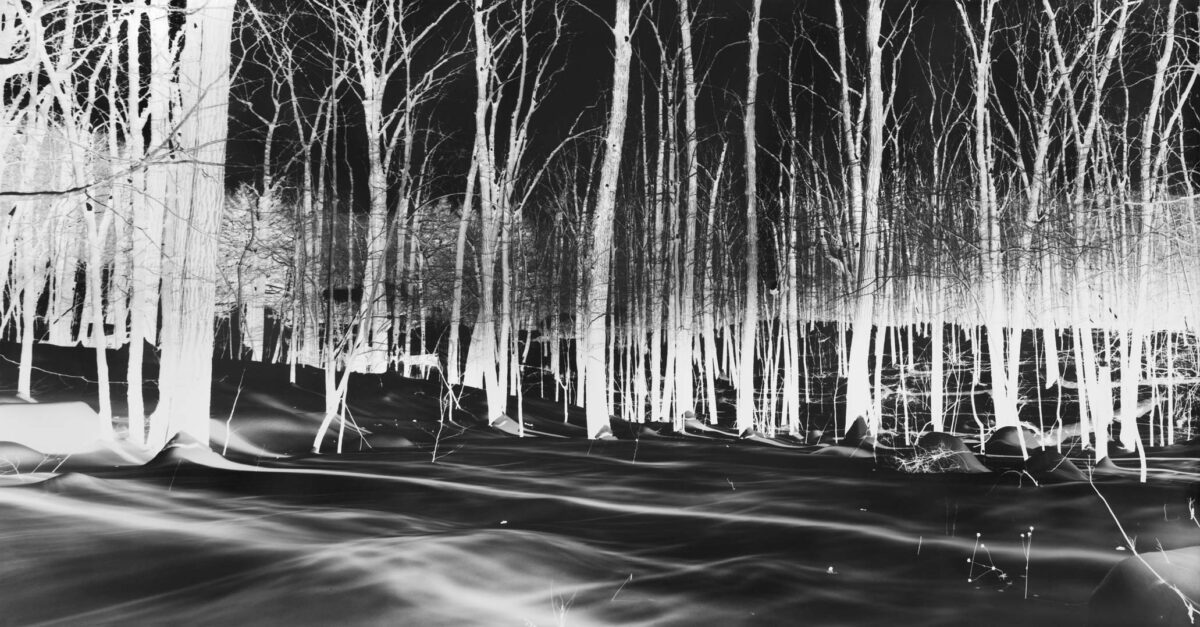 Vera Lutter’s work in the column-filled basement of Dia:Beacon in 2000 reinvigorated her interest in old-growth forests. The vast, dimly lit space repeatedly punctuated by tall, vertical forms, as seen in Nabisco Factory, Beacon, VII, reminded her of walking through a forest filled with massive tree trunks as a child. This event inspired a search for such a primary forest, which lasted over a decade and extended throughout Europe and North America.

In 2013, Lutter began a project in Cold Spring along the Hudson Valley to photograph an extensive forest on the fringes of civilization. The resulting images study the way in which trees offer a distinctive understanding of place. Without the limits of park boundaries and the preconceived vision of a designed landscape, these rural trees define their environment by the meandering laws of nature, wherein one must inhabit the spaces defined by the trees themselves. Correspondingly, Lutter’s work in Cold Spring was realized from within an existing room amongst the trees that was completely transformed into a camera obscura.

Many of Lutter’s Cold Spring works were made during the winter when the trees were bare. In these images the network of branches forms a delicately woven texture above their vertically climbing trunks. The fine branches interweave along the horizon of the landscape and finally come to a rest above the tranquil, unbroken tones of the blanket of snow. The high reflectance of the snow results in images with the ground nearly as dark as the sky, drawing a visual parallel between what’s above and below.

Other images, made during the spring months, appear to depict an entirely different forest. In these works, the landscape becomes alive with detail: leaves shake, thrash, and glimmer with light, as though filled with an ecstatic energy in sharp contrast to the almost palpable calmness of Lutter’s winter works. Yet no matter the season, the trees retain a curious glow, each transfigured into a column of light, suggesting an inner radiance at the heart of the forest and Lutter’s practice. 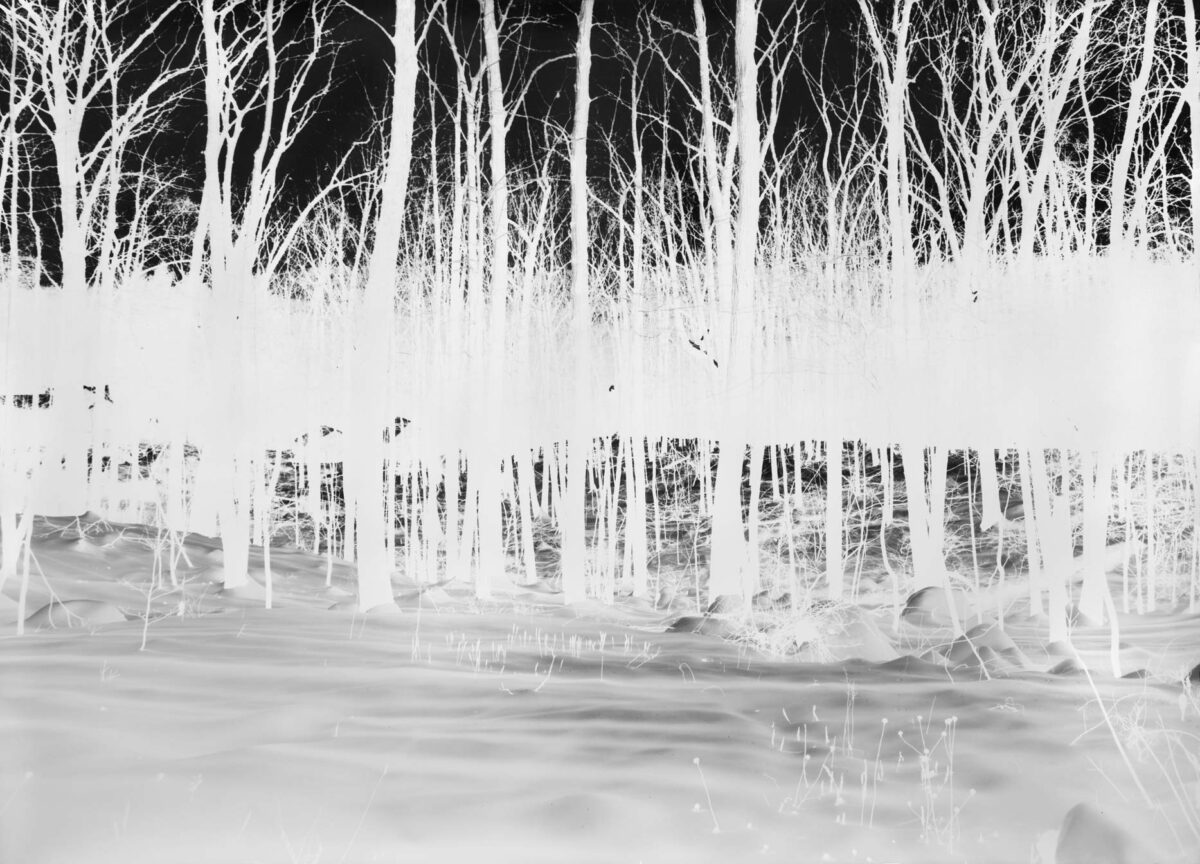 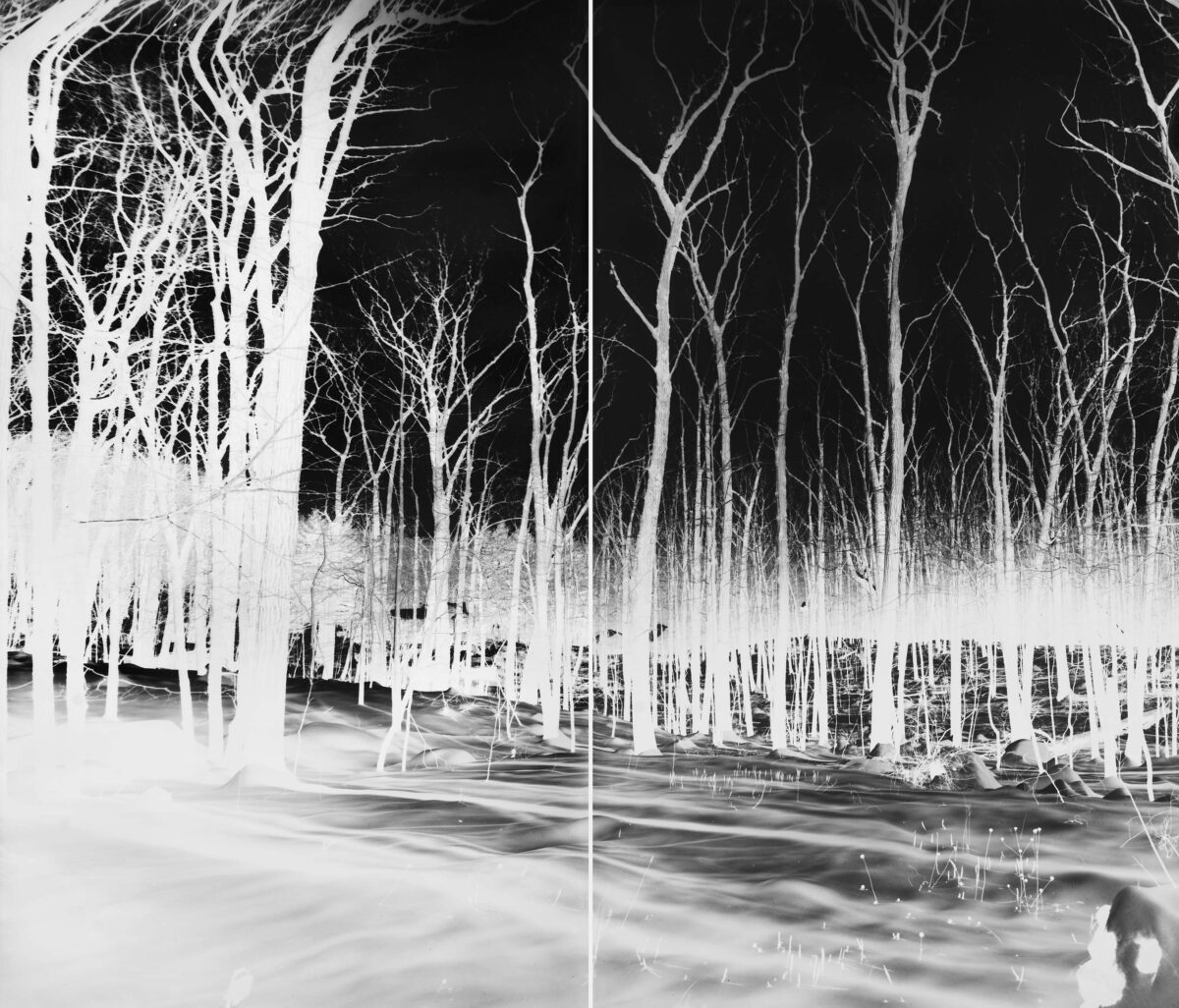