back to The Metropolitan Museum of Art 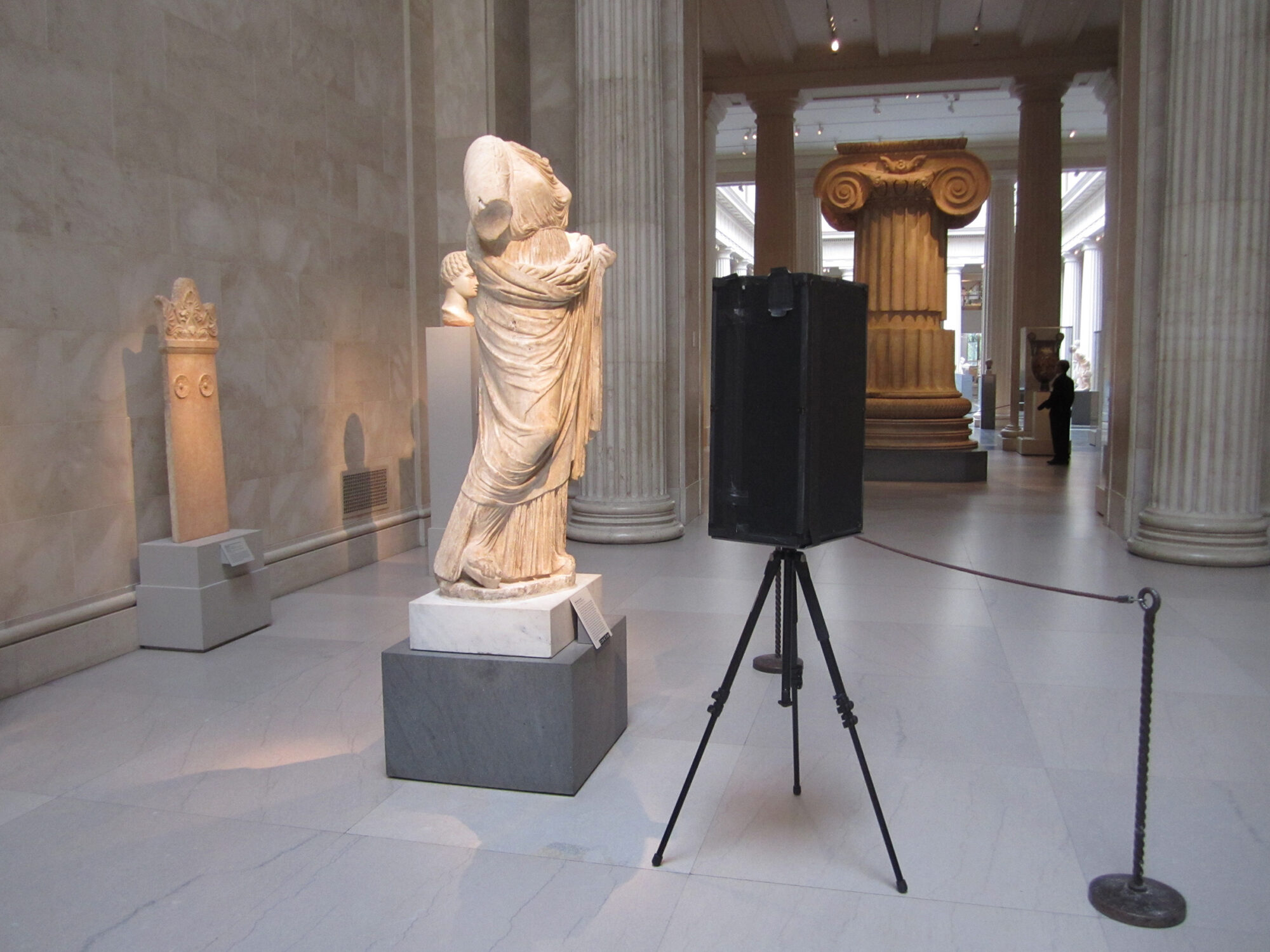 After presenting my idea to the head of the Metropolitan Museum’s photography department, I was invited to photograph within their Greek and Roman Galleries. Working for the first time inside a museum, I made images of sculptures and reliefs that concentrate on the fragmentation of the human body.

Using a modified travel trunk as my portable camera obscura, provided the necessary mobility for me to work within the museum. In producing smaller-scale works, I invite the viewer to sort through and re-experience pieces of an ancient cultural puzzle. Views of sculptural figures captured at close range offer richly detailed and tactile visions of the human form in its marble skin, creating intimacy within the compositions. Bodies that had long ago been turned into objects of idealization—confident in their contrapposto and chiseled forms—reclaim a suggestion of imperfect humanity with their amputated limbs and eroded features. In these photographs, the fragmented sculptures are newly presented so that they may be scrutinized in a different light and circumstance.

Other images, caught from a distance, observe the sculptures in the context of the galleries’ architecture, considering the choreography of form and shape devised by their curators. Seeing the fragmented statues against the museum’s beautifully renovated and classically inspired gallery space suggests a linkage to a distant past no longer accessible by modern viewers. The figures, broken in form, divested of their original pigments, and relocated in a space devoid of an accompanying context, become even further abstracted through the inversion inherent in my photographic process. The fixed depth of field created by my pinhole camera in combination with the negative imagery that results from the paper negative medium introduce an additional degree of uncertainty. Concentrating on the objects’ distance from the plane of the photograph reinforces one’s own distance from the ancient Greek and Roman contexts in which the sculptures were made. Simultaneously, narrowing the focus onto individual artistic elements—form, shape, and texture—accentuates the physical and emotional properties invoked by the delicately muted final images. 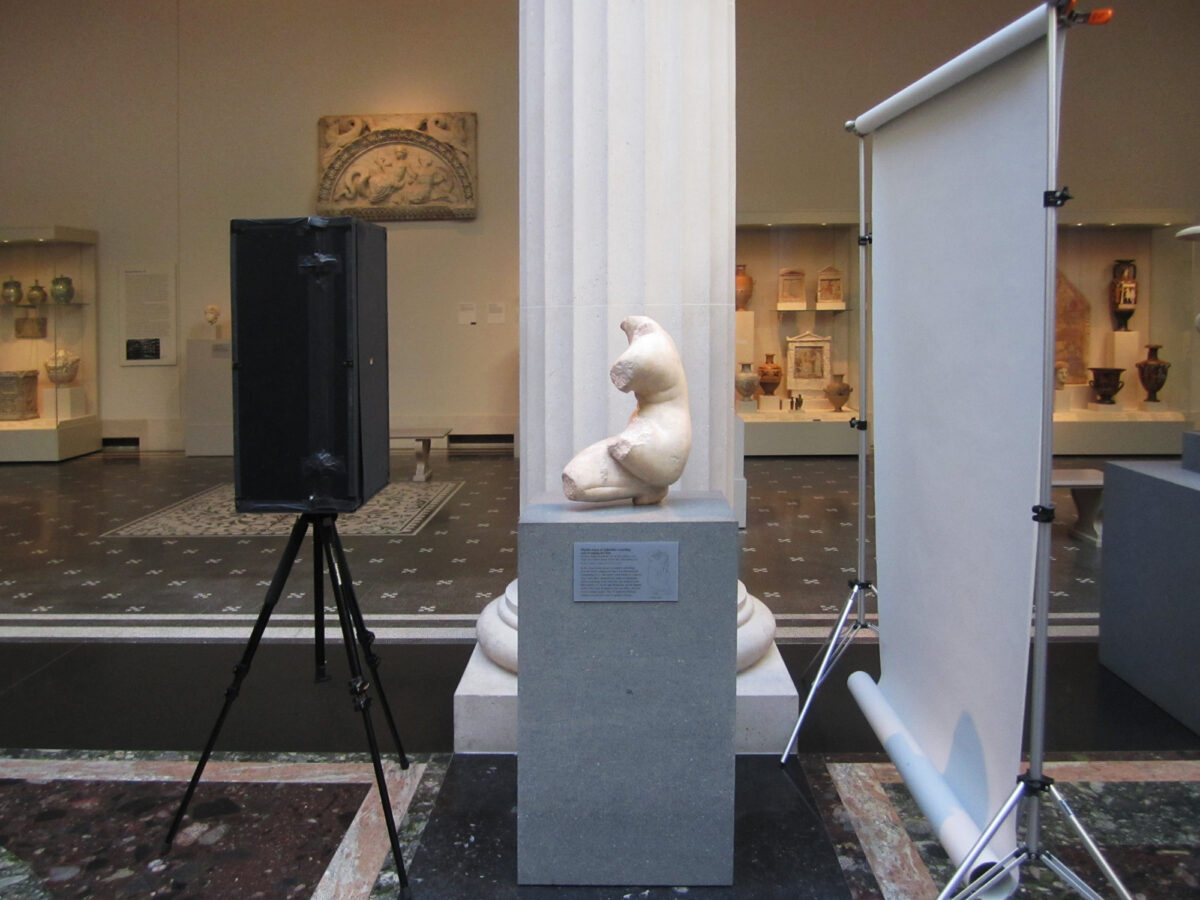 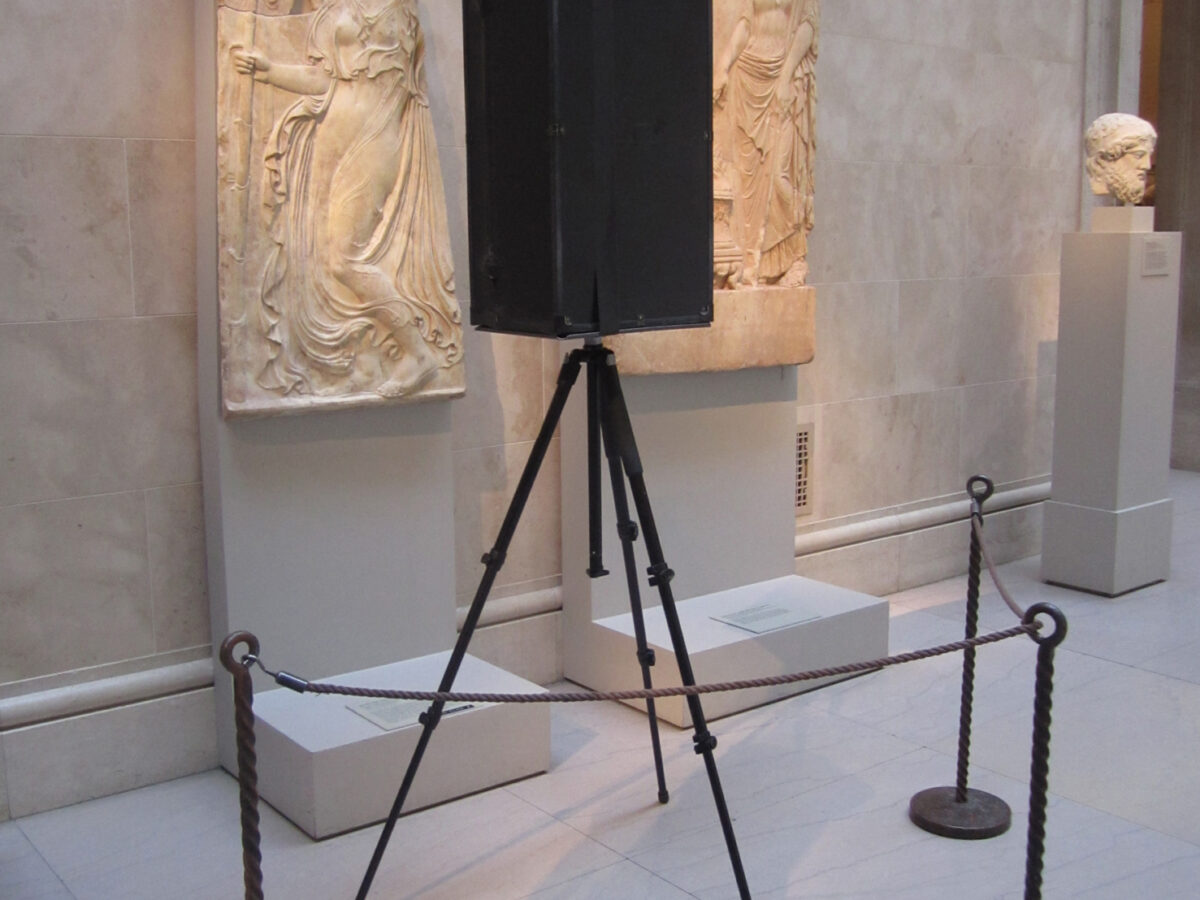