back to Battersea Power Station 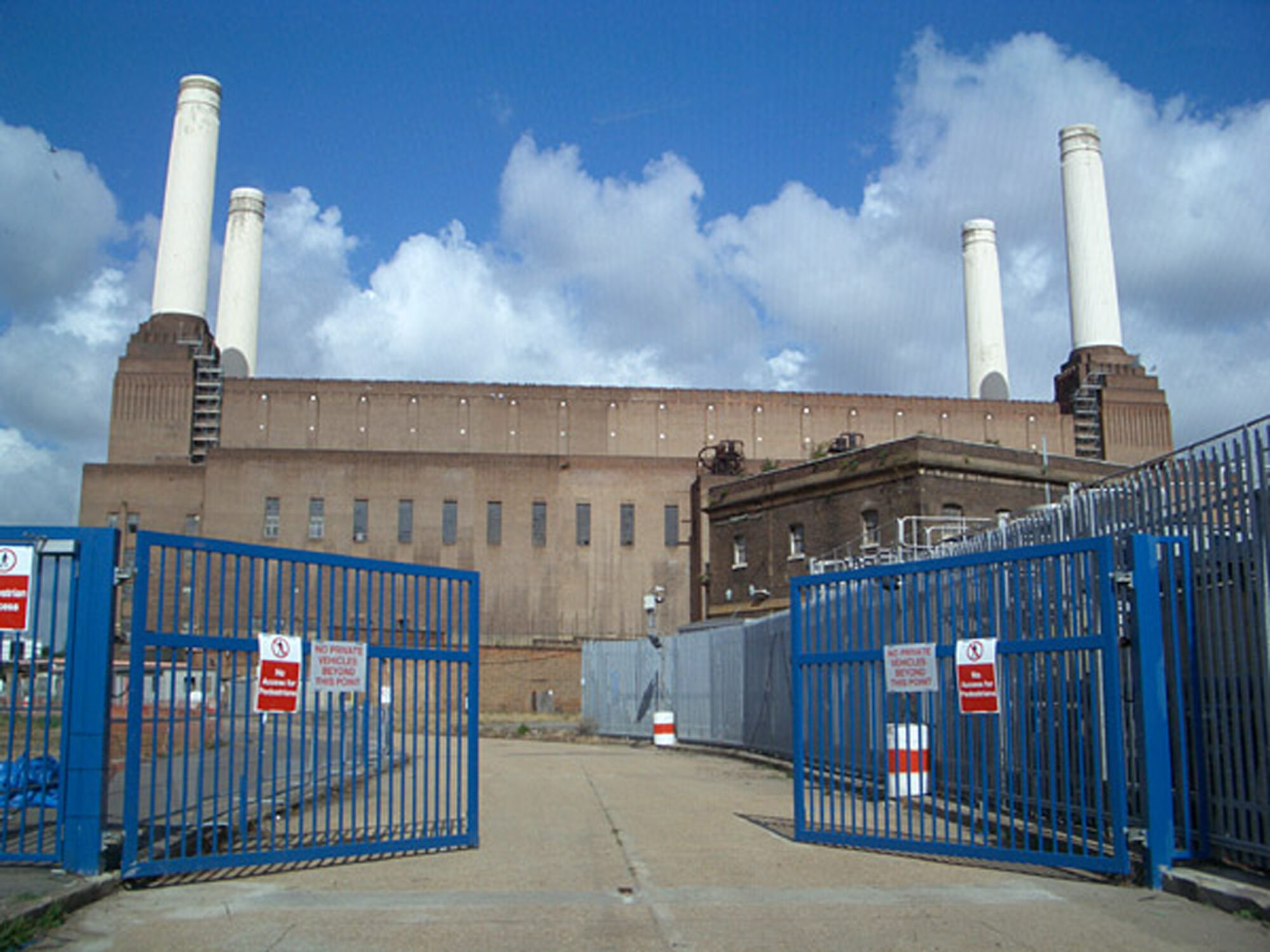 In 2004, Lutter spent a month photographing the decommissioned Battersea Power Station located in southwest London. The resulting images, each over 6 feet tall, are as impressive in scale as they are subtle in tone and historical implications, leaving the viewer with an overwhelming impression of fading grandeur. Though Lutter’s careful exposures reveal the building’s decline imprinted on the battered walls, her forthright framing of the power station in the image preserves its imposing character and iconic presence.

Beginning as the partial designer of the Battersea Power Station and continuing his career with the design of Bankside Power Station (now repurposed as the Tate Modern), Sir Giles Gilbert Scott had a keen ability for blending gothic and modern architectural styles, allowing buildings known for their functionality to become popular landmarks. The Battersea structure, built in phases, resulted in two identical buildings with their prominent four chimneys, remains Europe’s largest brick building.

Built between 1929–1955, the stately, cathedral-style structure facilitated the city’s first effort to consolidate and control its entire power supply under a single standardized system. Decades later, the power station’s generating capacity declined, equipment became outdated, and operating costs rose, resulting in the station’s partial closure in 1975 and complete shutdown in 1983.

In the years after its closure and before Lutter’s project, Battersea went through a series of attempted renovations and subsequent structural failures. Suffering from serious neglect, an attempt to convert the power station into a theme park in the 1980s left the building without a roof. In its place, scaffolding was erected to save what was left of the compromised structure from further ruin and collapse. Now, many years later, Battersea is being redeveloped as luxury apartments and a shopping complex, which will surely change the character of the site.

As in her past work, the combination of Lutter’s monumental subject and her destabilizing aesthetic allows for discerning contrasts to arise. To create her work, the artist employs the camera obscura – an apparatus used by artists throughout history to bring the world’s tangible details into alignment within a constructed image. The inverted reality in the resulting negative image implies a place lost in time: one is unsure whether the Battersea building, its glowing walls buttressed by the scaffolding, belongs to a distant archeological past or some dystopian future. The long exposures, having stripped the scene of any human or otherwise activating presence, contribute to the uncertainty of the images’ historical position.

Though bound in reality, Lutter’s characteristic use of negative imagery grants further associations outside the factual. The power station becomes particularly caught between the state of a recorded relic and a mythical apparition. Depending on the exposure, the distinguished smokestacks appear alternately as powerful pillars or as immaterial beams of light, setting up a recurring confrontation between the tangible and the imaginary, between strength and fragility. Similarly, the massive skeletal armature, presented as bone-white and resolute, conveys both vulnerability and recovery. After thirty years of deterioration, the redevelopment suggests there may still be something salvaged, and yet the constant pull of history and progress reflected in Lutter’s photographs only calls further attention to the thorny territory that exists between blight and regeneration. 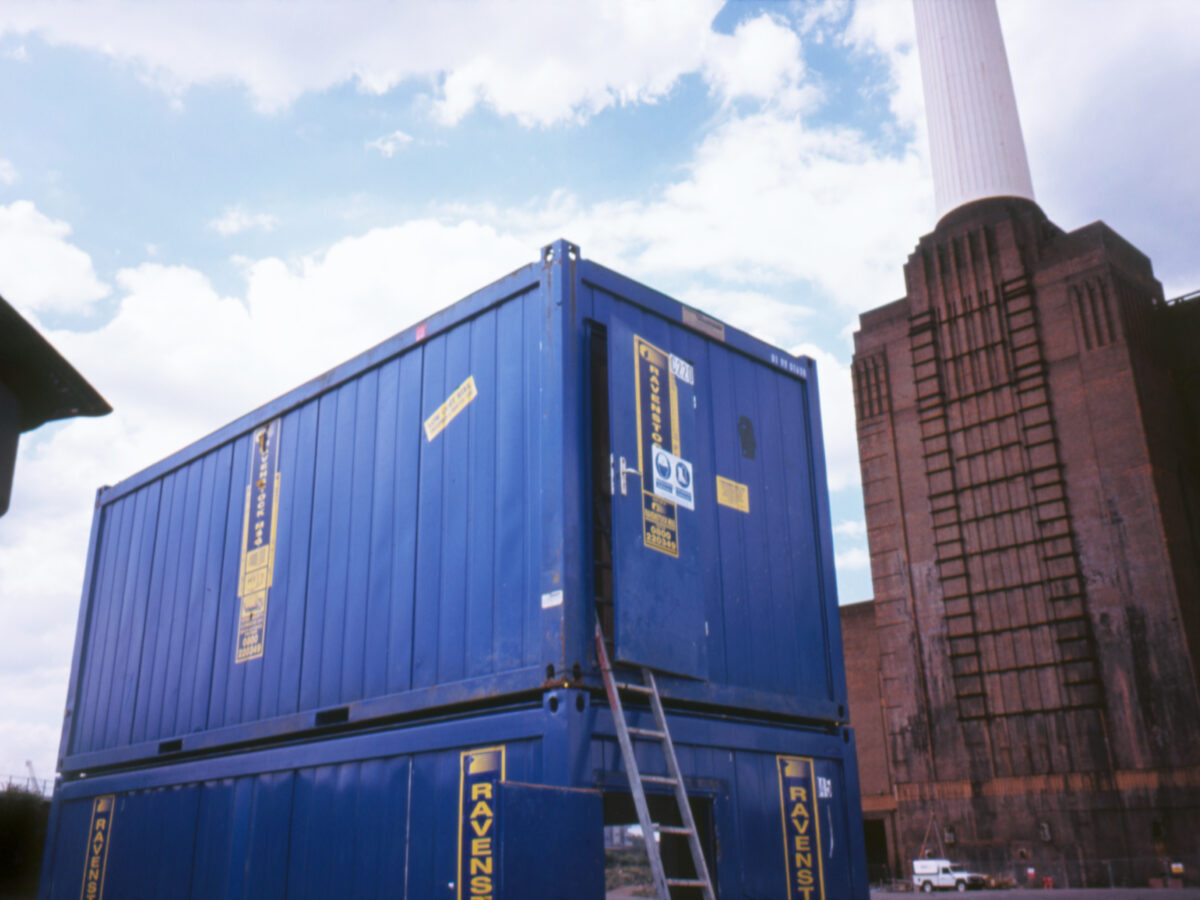 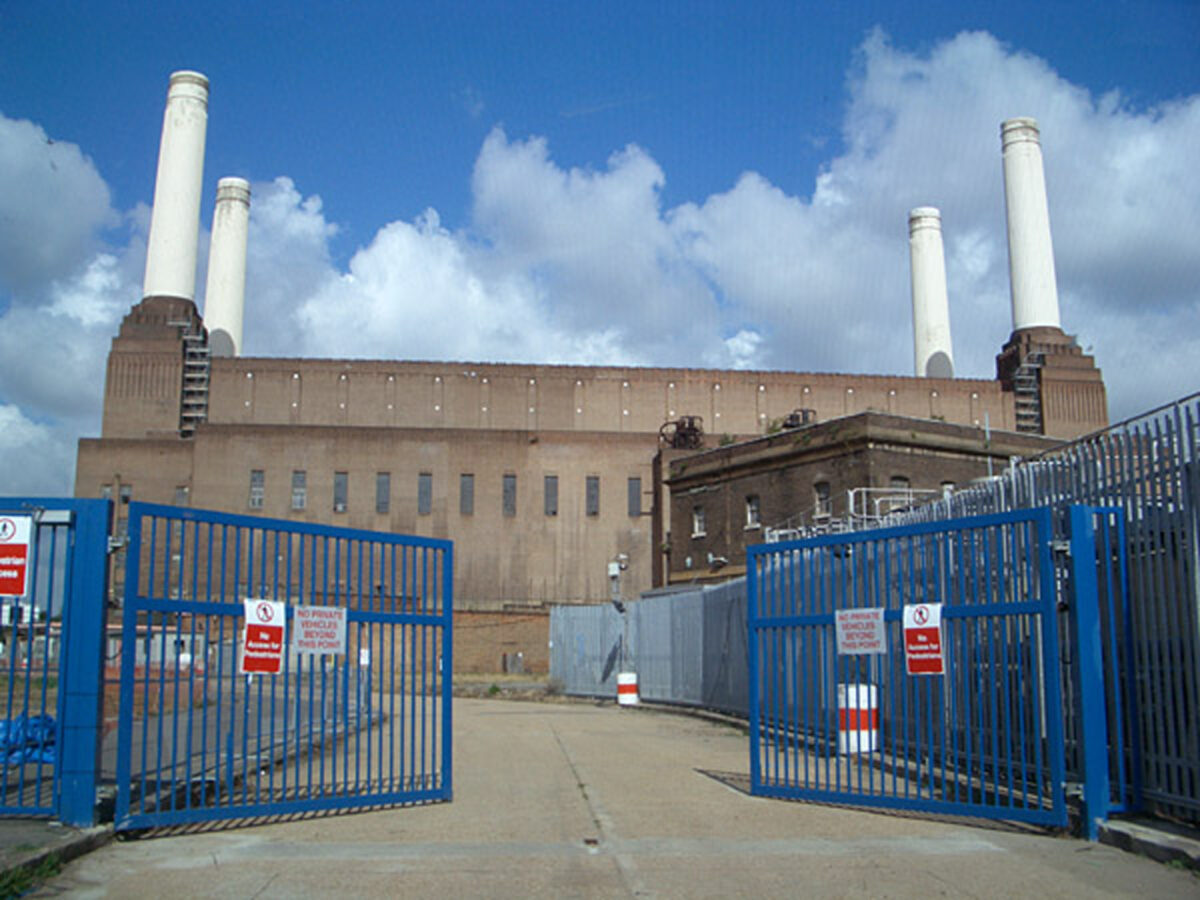 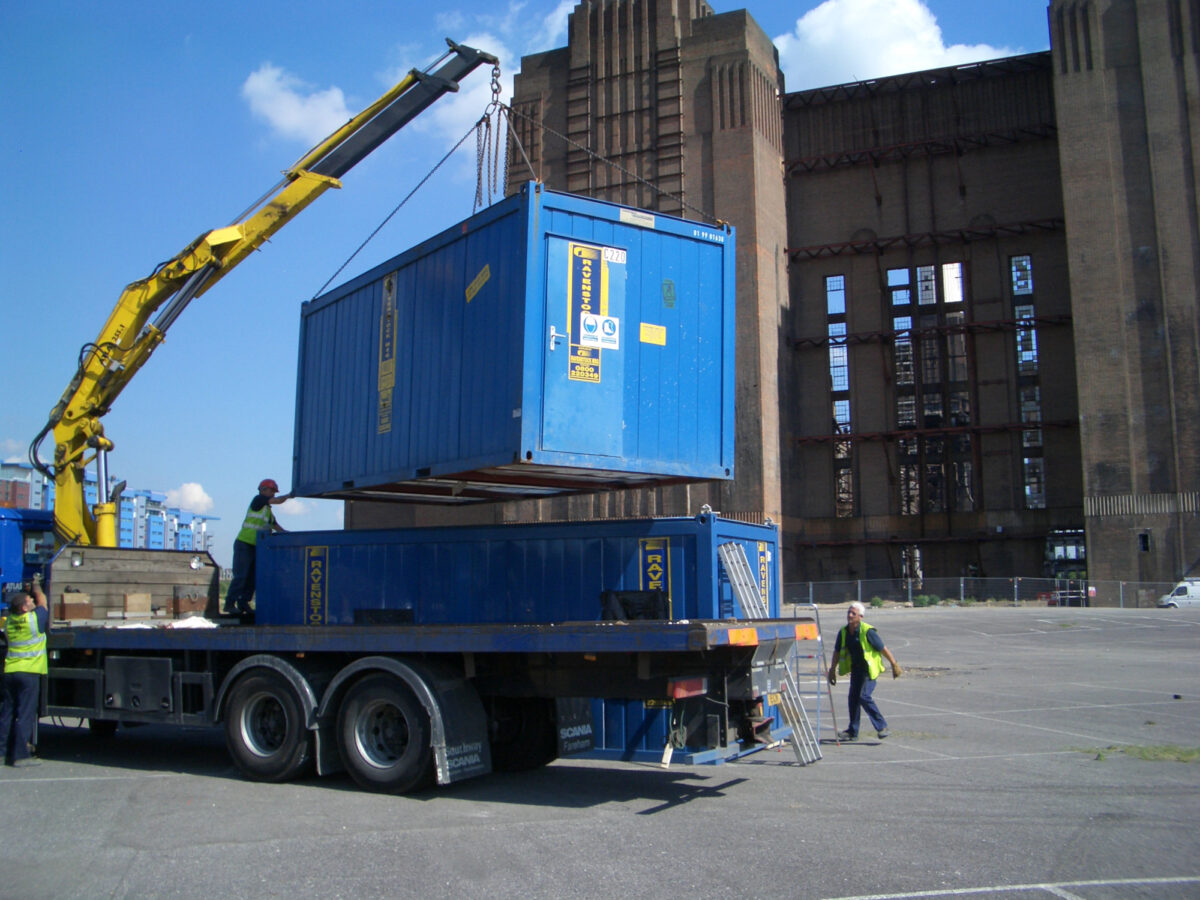 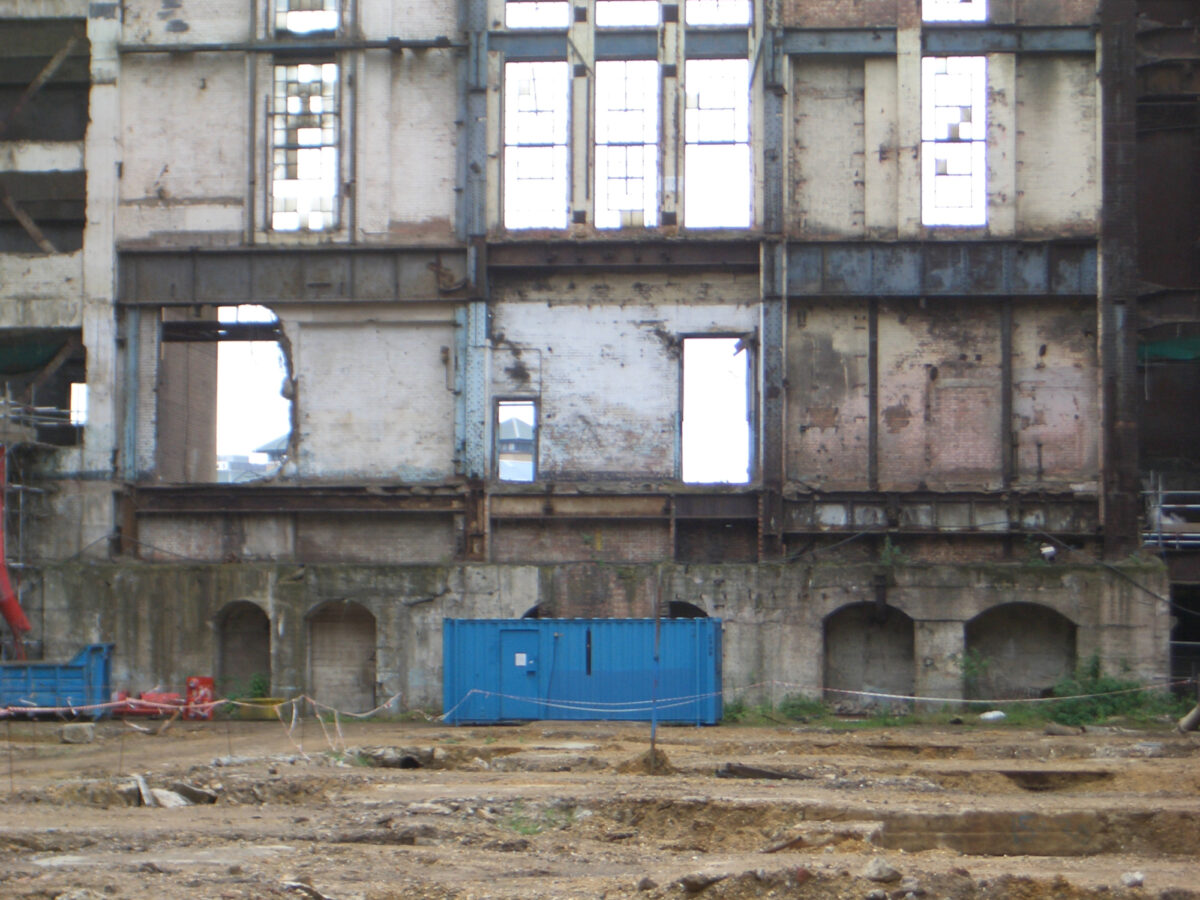 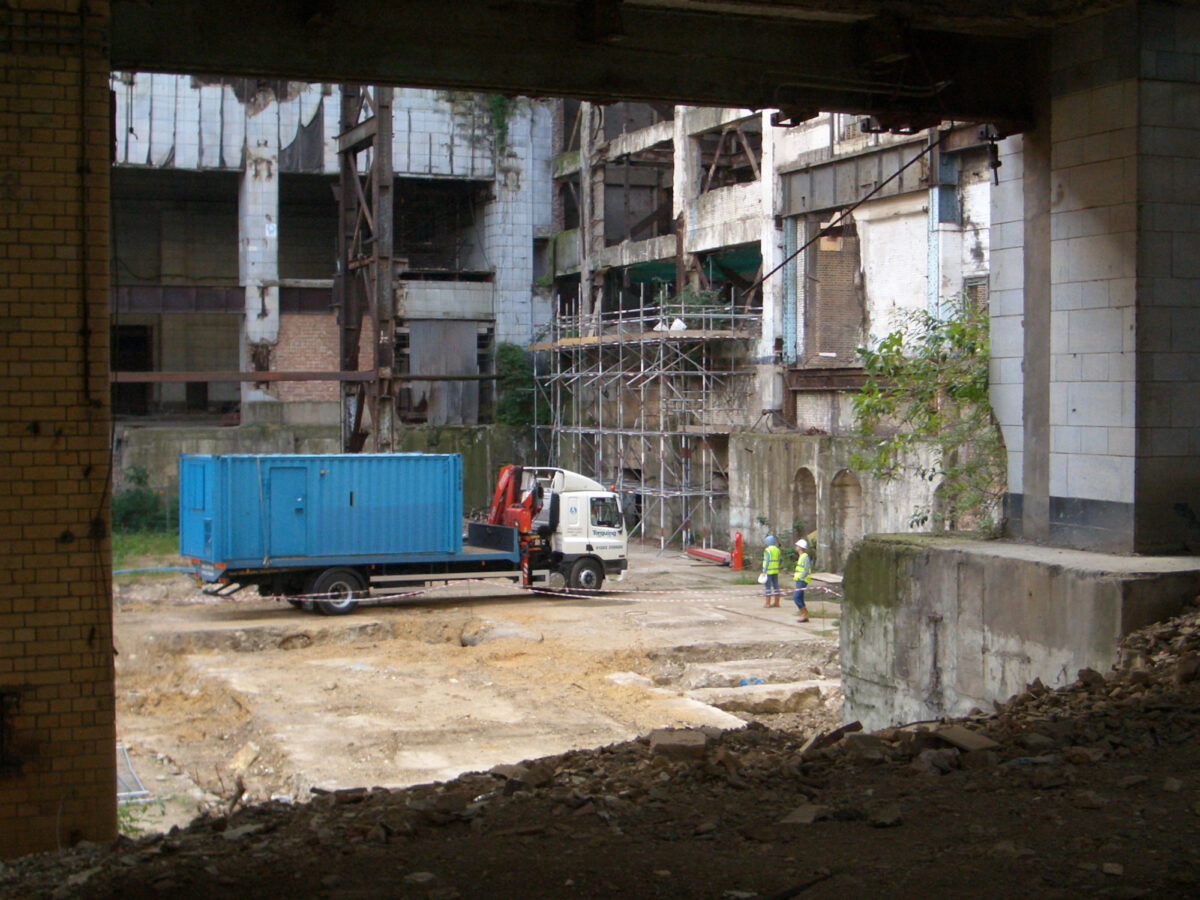 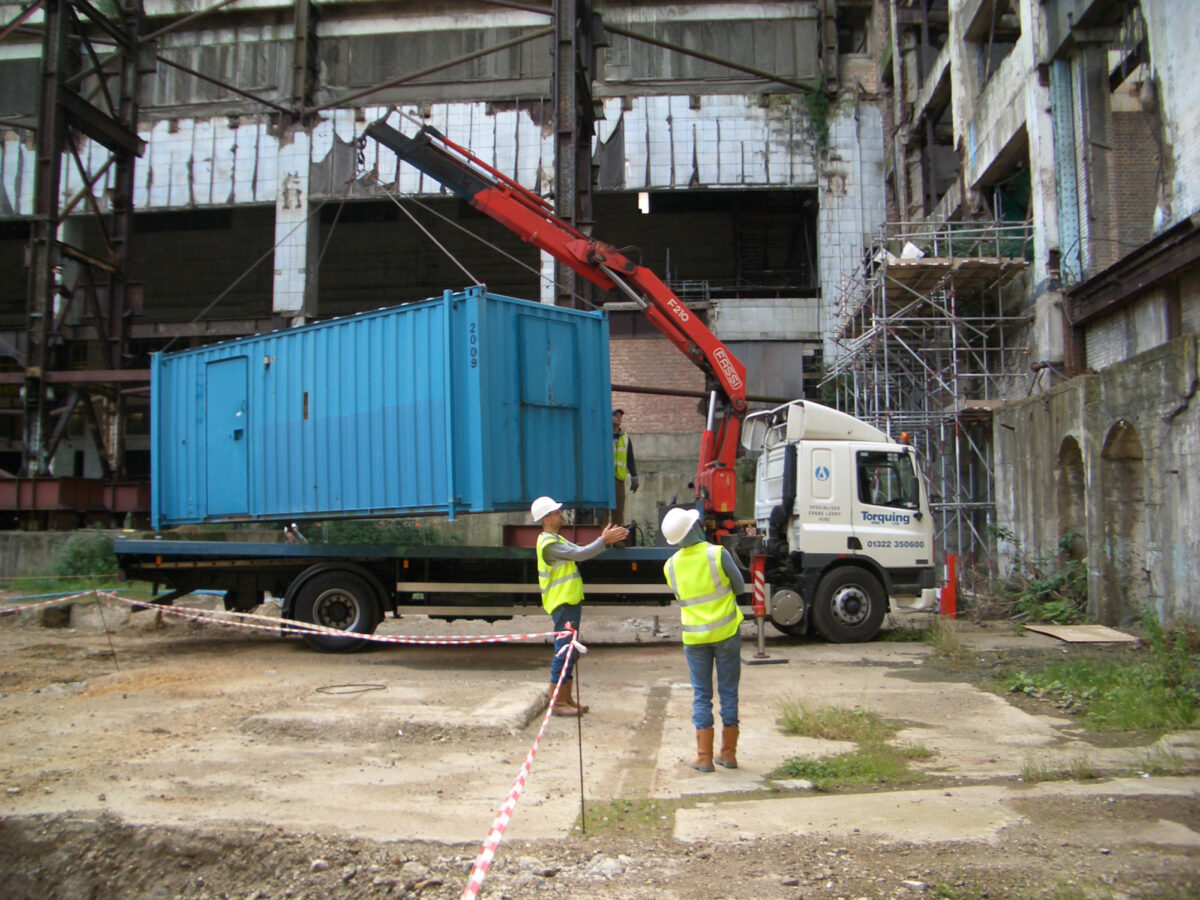