back to Pepsi Cola Interior 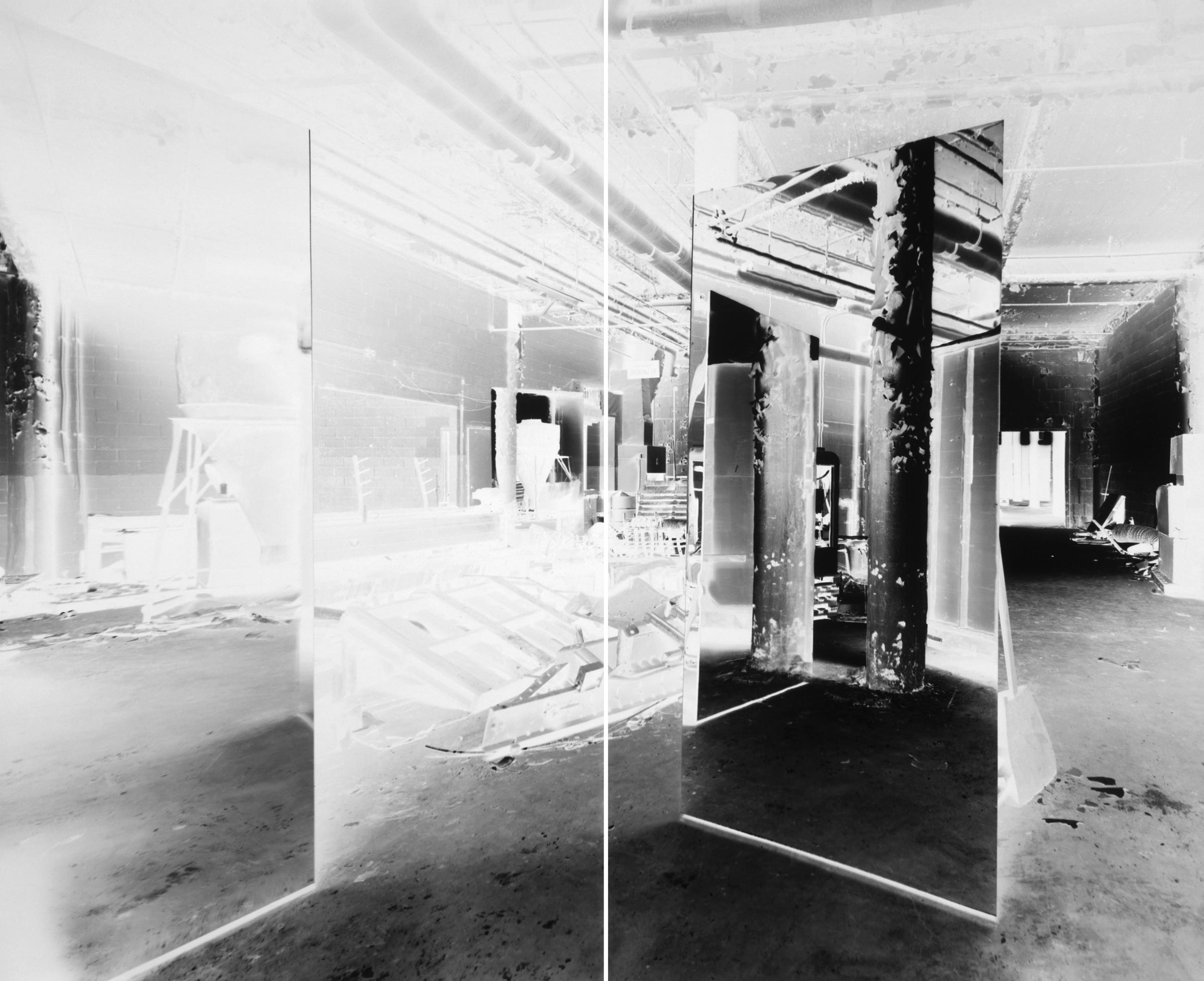 In the summer of 2000, I returned to the site of my 1998 Pepsi Cola series to investigate the derelict conditions inside the company’s decommissioned Long Island City bottling factory. In contrast to the iconic photographs of the building’s rooftop sign—a clear beacon of commercial authority—the images of the interior address a far more complex narrative of early twentieth-century industrial systems and their waning position in contemporary American life. PepsiCo, more than almost any other American company, represents clarity in its branding and wide commercial influence. My visually intricate images of the building’s interior have the opposite effect. These impressions of a desperate and forgotten place, clouded in ambiguity and dispossession, do not depend on the forthright charm that one sees in my earlier photographs of the Pepsi Cola sign. Instead, these works are personal and psychologically probing; they are chronicles of a space that side steps nostalgia in favor of self-reflexive transformation.

The doubling of the space that occurs, in the physical mirrored surfaces arranged in the scenes and in the placement of my earlier photographs set amongst the interior they depict, increases the unsettling but mesmerizing impact of the final works. By disrupting the continuity of the interior, the photographs transform this bluntly dysfunctional and anonymous site into a place of dark curiosity. The spot lit, black and white photographs of the disused space operate with the urgency and spectacle found in mid-twentieth-century crime scene documentation. Yet, by complicating the space inside the factory with reflections of itself from an earlier time, the images emphasize the already palpable sense of uncertainty within the space, calling into question the true nature and functions of space, time, and the photographic document.

While there is a historical specificity in the images—one finds the precise dates and location of production meticulously recorded in each title—the viewer is constantly thrown out of any one specific occasion or place. Often, time appears to have stopped altogether in the abandoned rooms, though not in any one decisive moment. My exposures, which mature over days in the darkness of such interiors, collect the hours that have passed in their accumulated tones.

A primary outcome of a photograph, in documentary terms, is that it proves the conditions of a subject’s existence. In my images which include other photographs in the frame, the relationship between the image and its referent is both confronted and further complicated by the use of negative imagery. This glimpse of familiarity and solidity is reinforced by the physical presence and architectural scale of the photographs. And because the inverted images now read as positive, one understands the imagery to be a view that has been taken from reality. But in the end, the viewer realizes that this is a place which does not physically exist outside of my mind or the room-sized camera in which they were created.