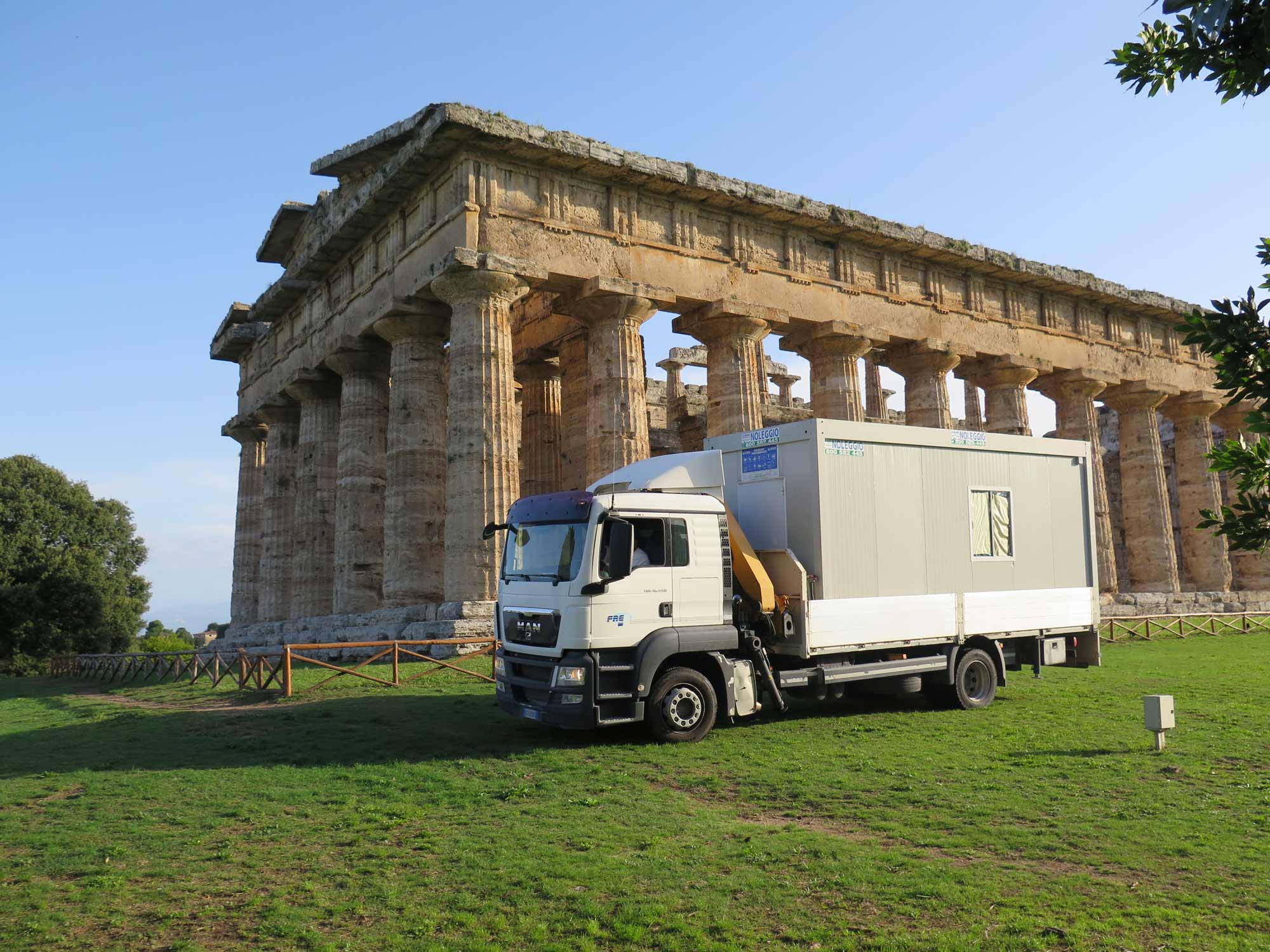 Paestum, located in southern Italy is the ancient site where the old Greeks, as early as 550 BCE, founded a colony and built three majestic large temples. Utilizing a shipping container turned camera obscura, I photographed these ancient Greek temples with my meticulous and lengthy process.

Some images show the temples from afar, representing them as both imposing and luminous as they tower over the surrounding landscape against pitch black skies, while others show their rows of columns from a closer vantage point, highlighting the many small chinks which cover the temples’ facades. The deeper holes and cracks on the temples’ surfaces are rendered in the images as paper white, as if these spots have been literally erased from the structure over time, but they don’t read as empty, instead they appear as full of light. In these closer images, it is the faults in the structure that emphasize the presence of the temples’ spirits within them. The final photographs present the viewer with more than just ancient Greek architecture but with representation of the stories and lives to which they have born witness over the centuries. We can admire their architectural beauty and respect their historic significance, yet we cannot fathom what they meant to the people of their time and to their rituals of worship. 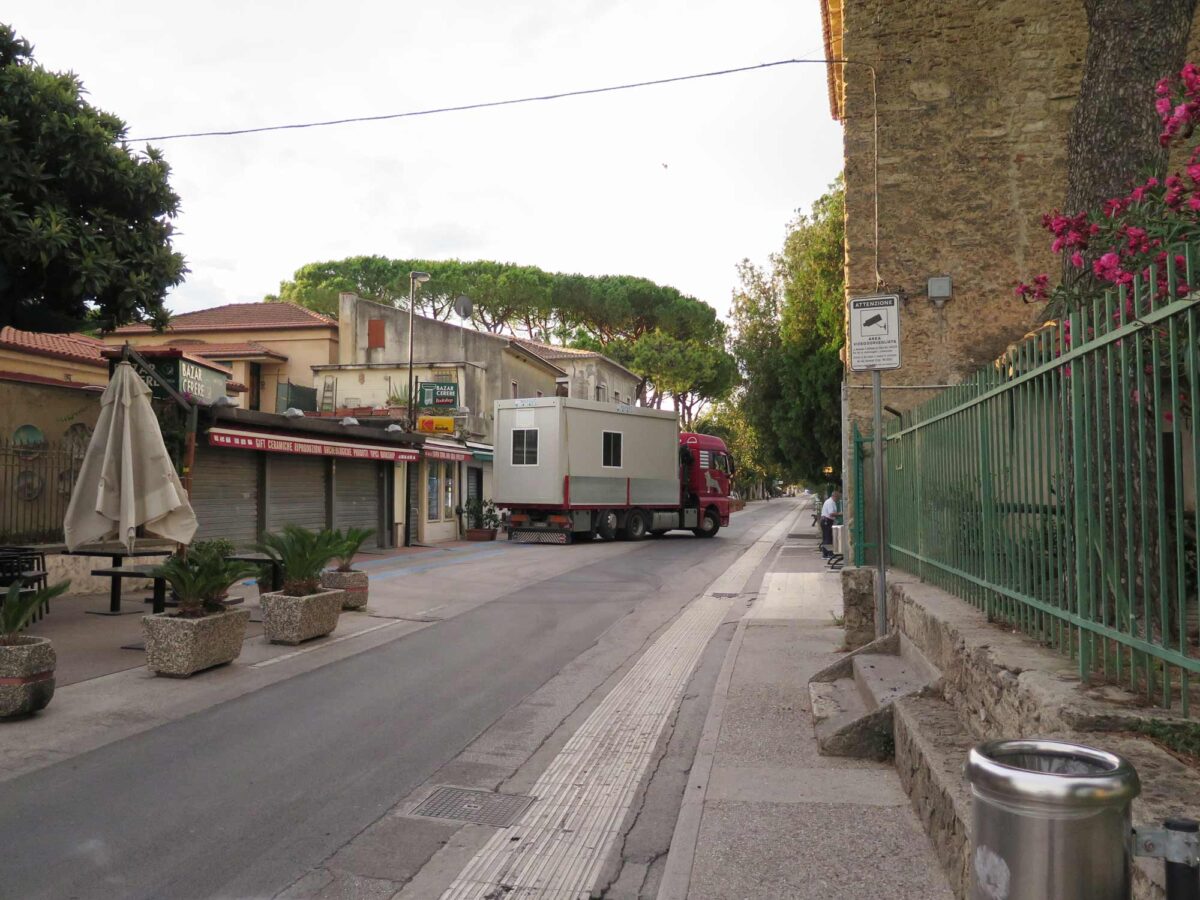 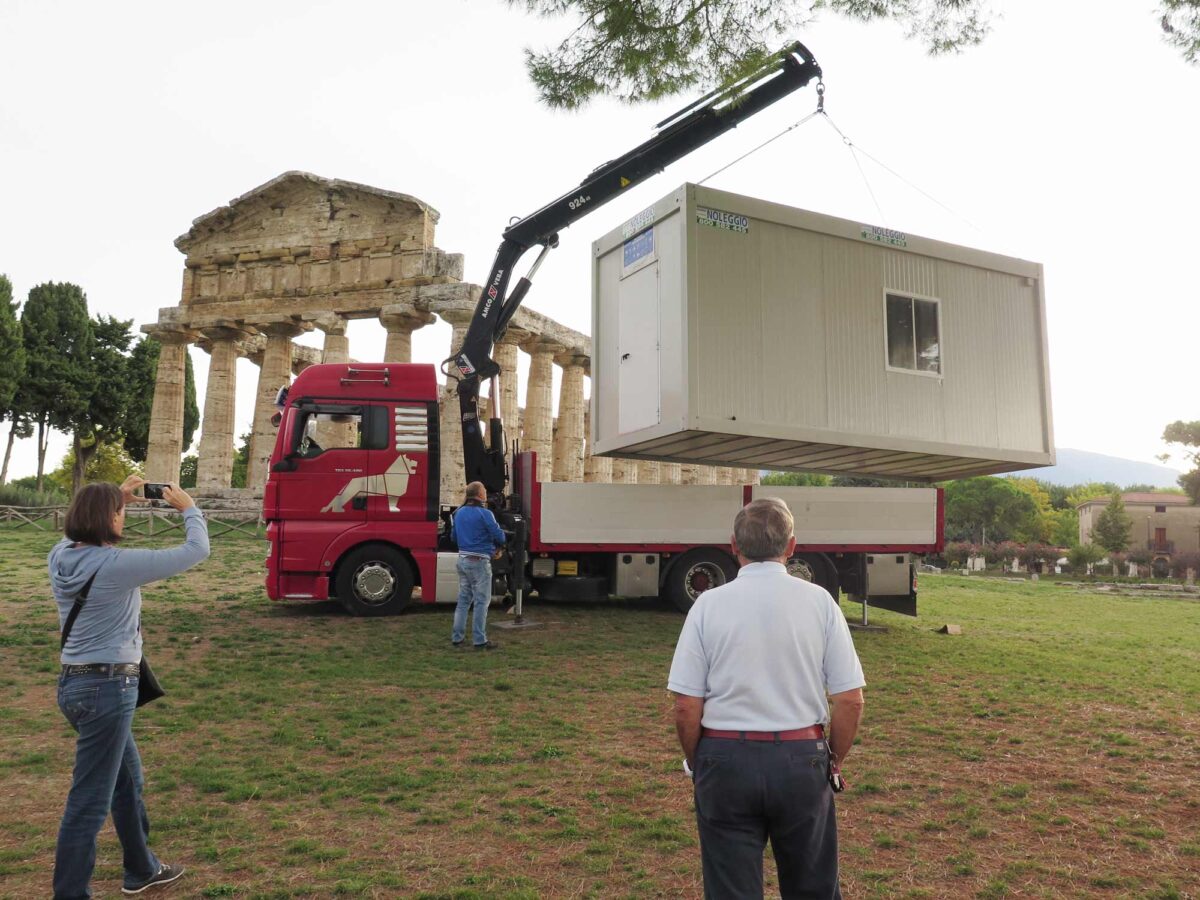 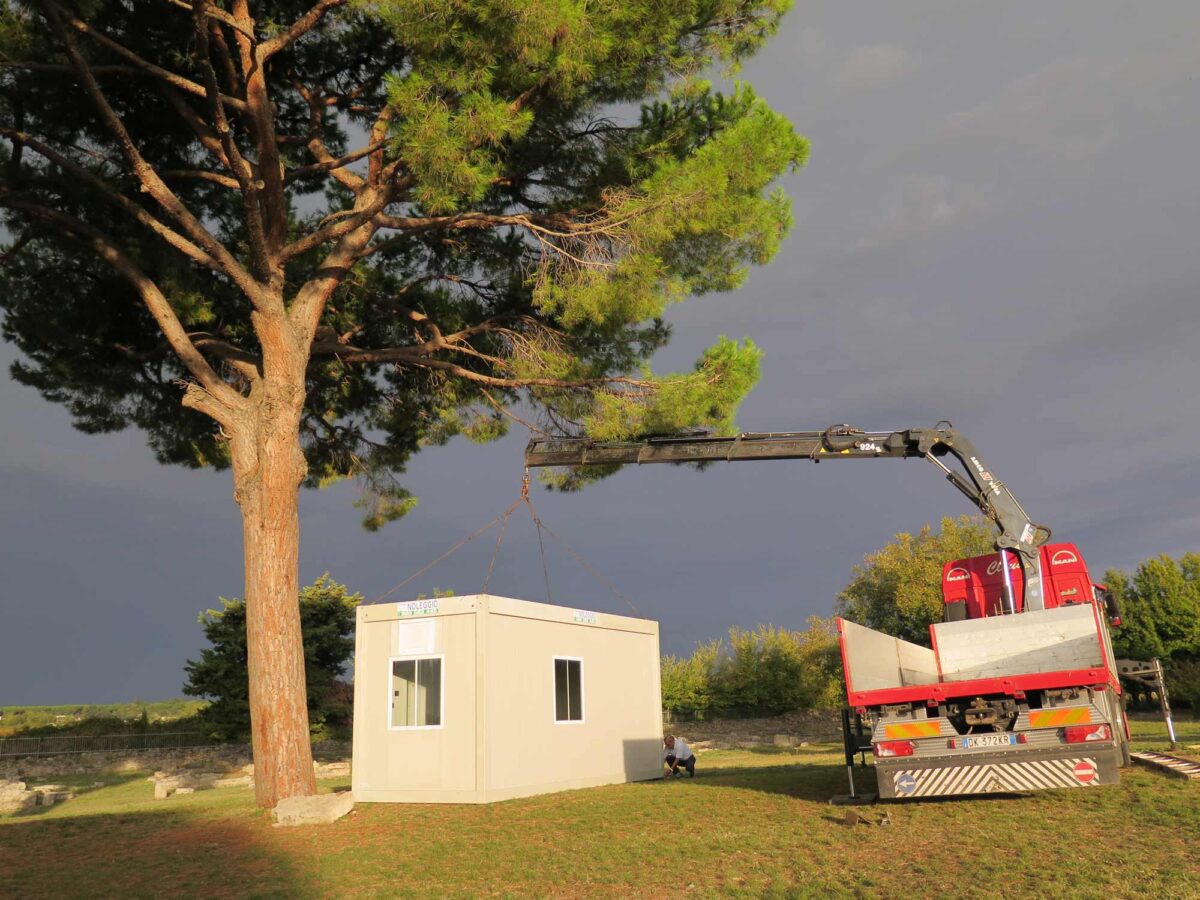 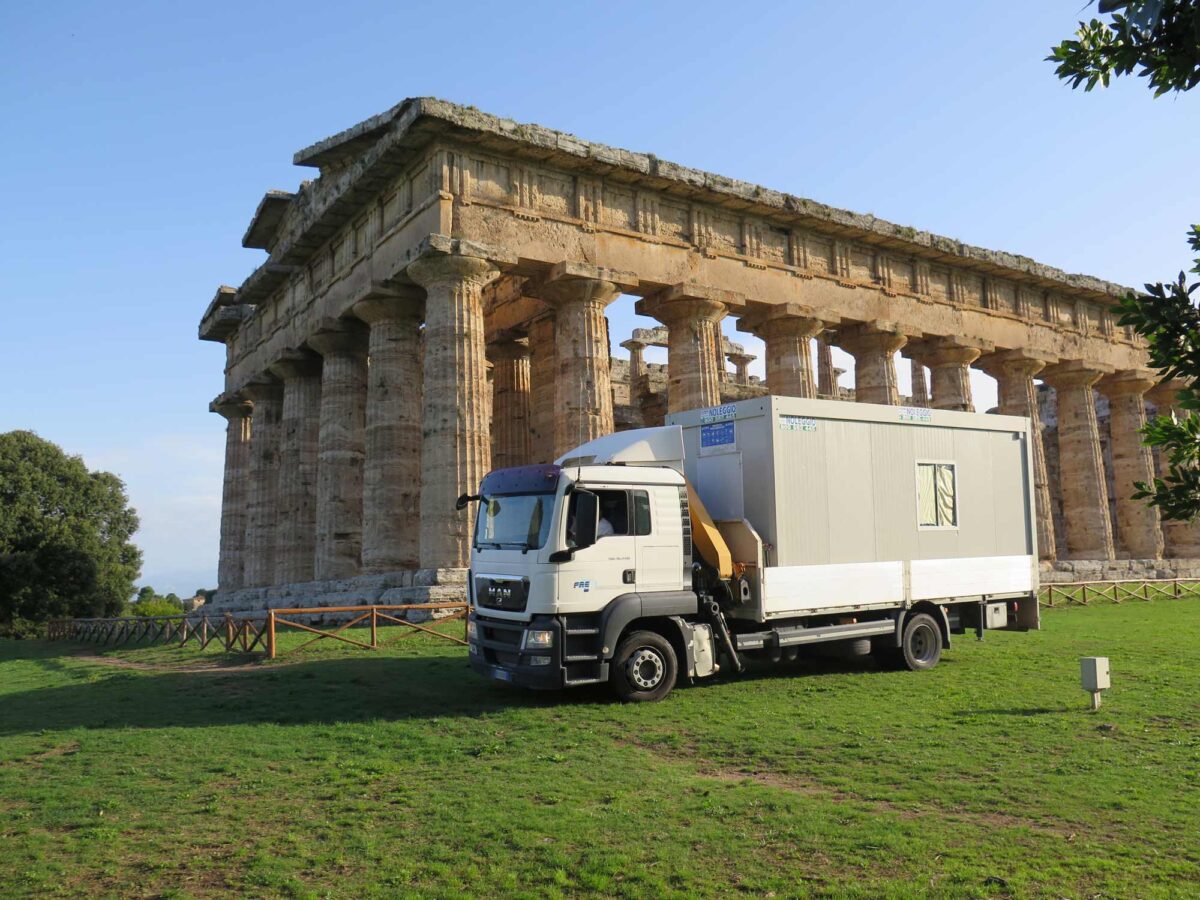 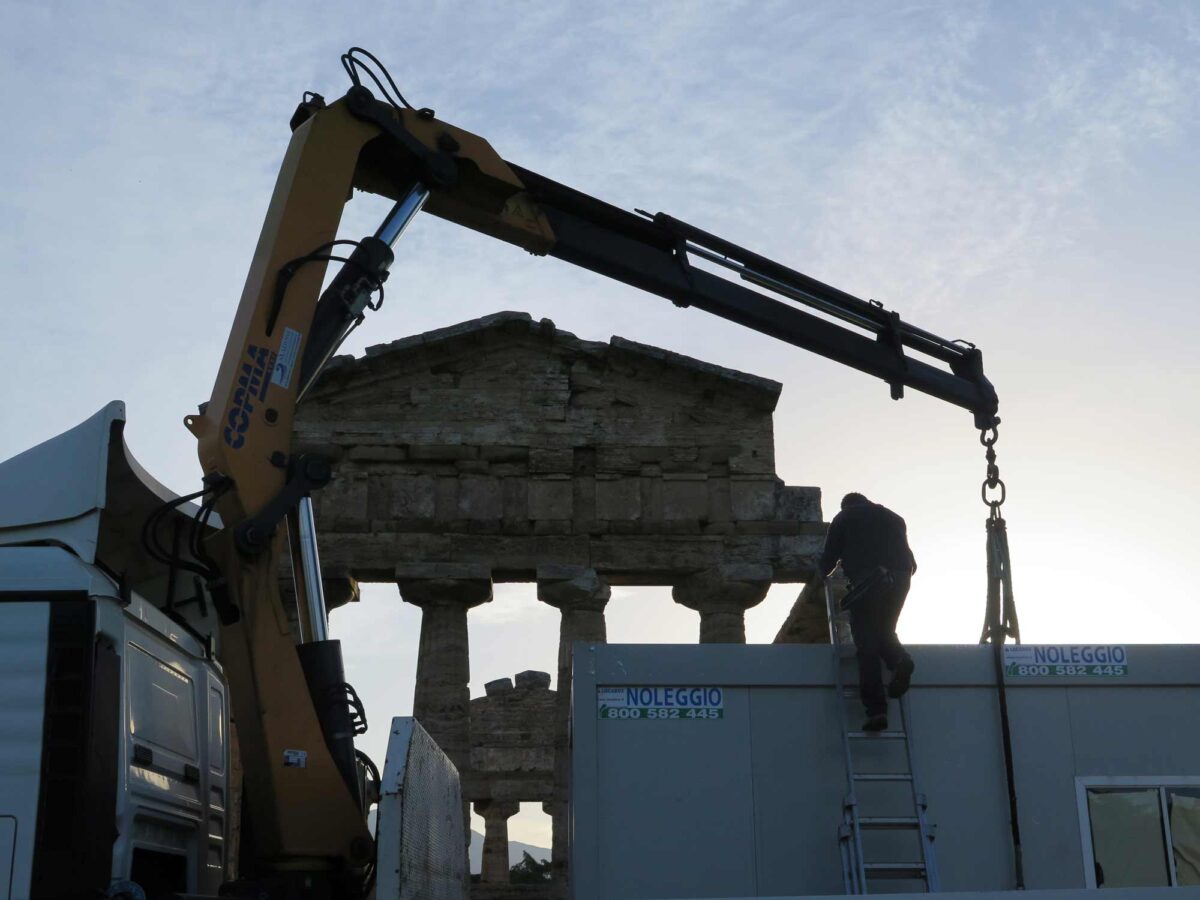 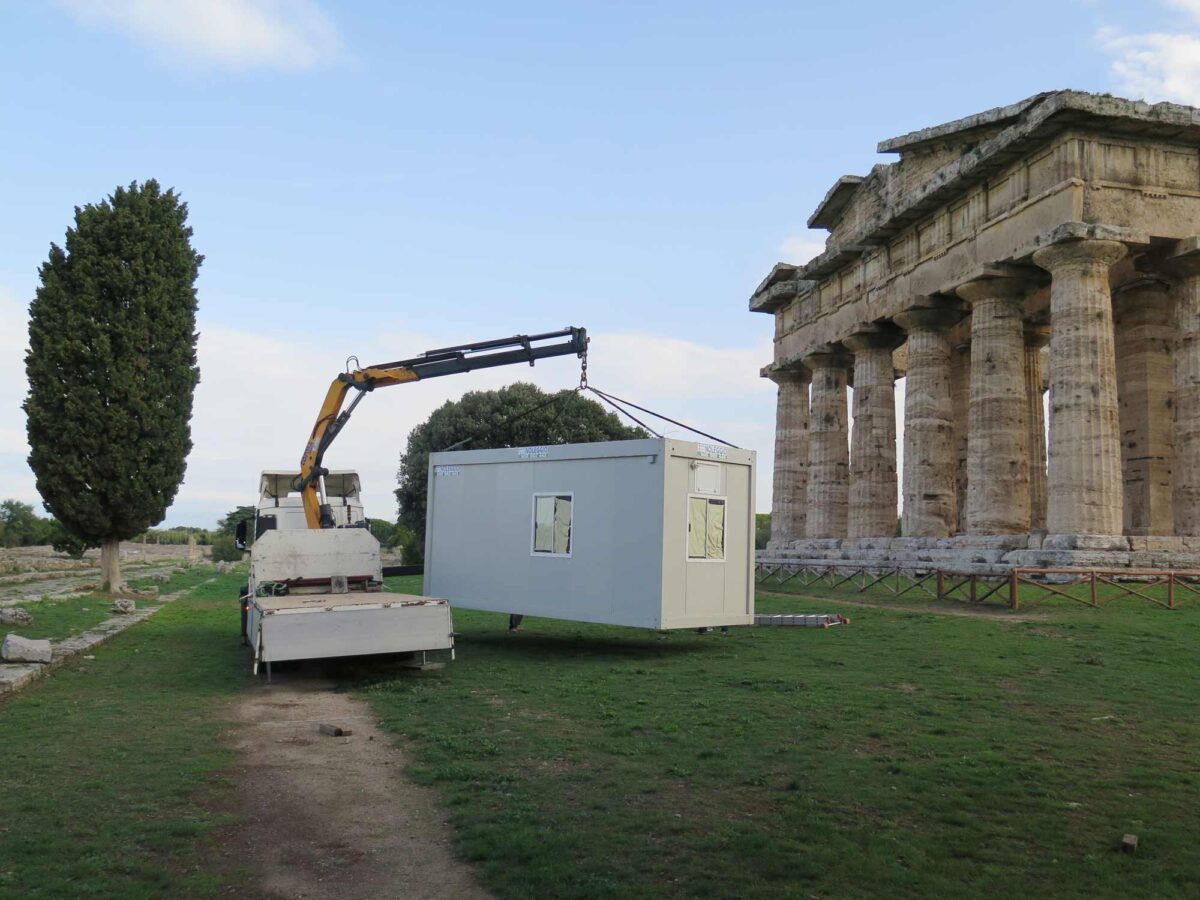