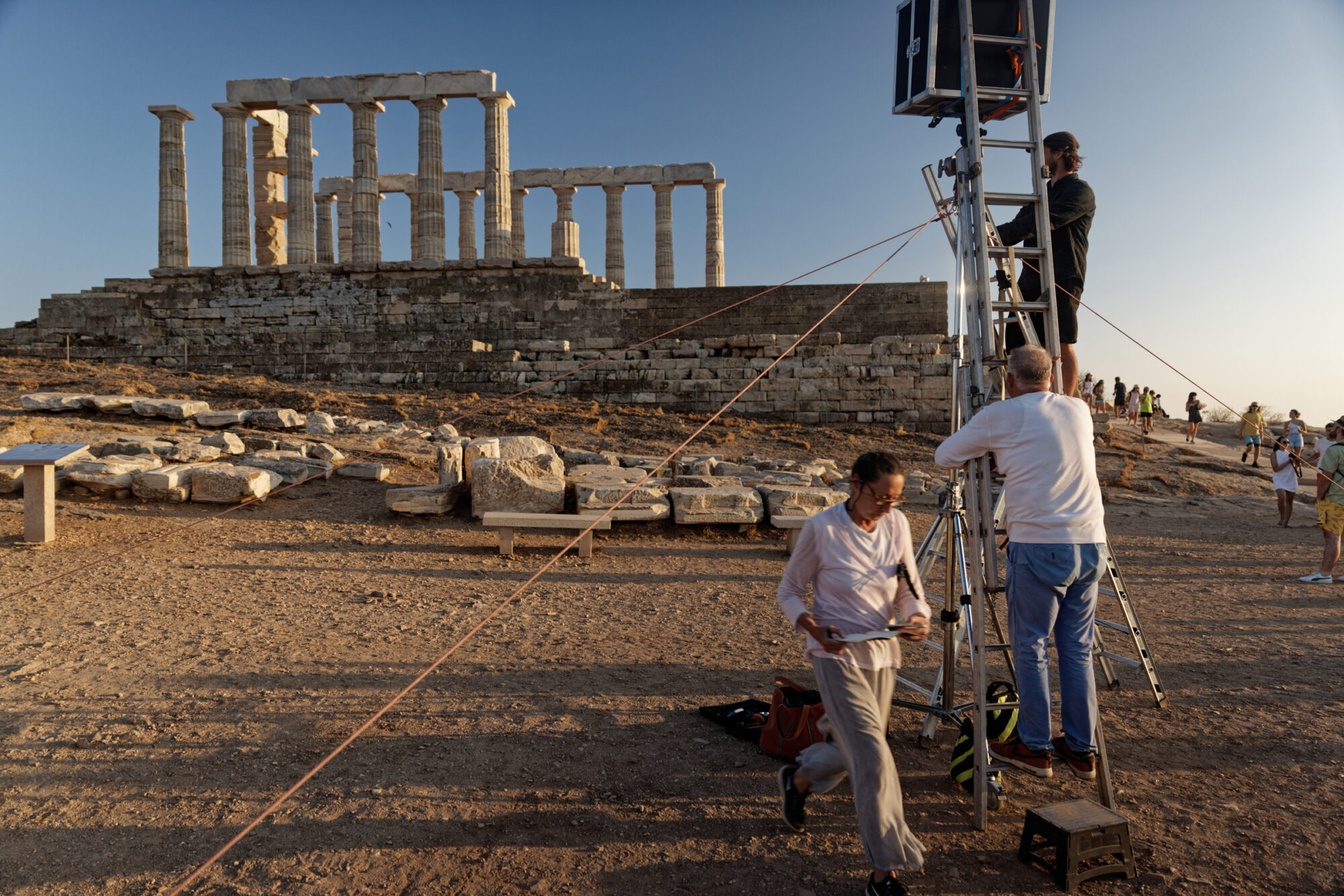 It was an honor and a unique experience to be asked by The New York Times to photograph on the Acropolis, on Cape Sounio and around the ruins of Plato’s Academy. My image making process requires large boxes which serve as my pinhole cameras. Each is outfitted with a single sheet of photographic paper, which, if all goes as planned, will yield one unique negative image. My effort is great, the images few. To accommodate my working process during the enormous August heat in Athens, my days started early and went late. I received permission to arrive on the Acropolis before sunrise which meant that my team and I, equipment shouldered, climbed the steep marble steps in pitch black night with Athens sleeping quietly at our feet. The tender warmth of the prior day still radiating from the old stones was paired with the gentle scent of cypress and pine. Wrapped in this warmly scented air and in complete silence, I arrived at the top. Practically alone I faced the majestic western façade of the Parthenon Temple and was exposed to the quiet grandeur and dignity of the ancient site. This remains an unforgettable experience.

At sunrise a group of twelve soldiers of the Greek army appeared. Walking in single file, they headed to a flagpole on the eastern most elevation of the site, the symbol of the ancient and contemporary Greek nation. The first soldier carried the Greek flag. As the sun rose over the horizon so did the flag, flag to sun. The soldiers stood at attention and sang the Greek anthem. My team and I watched in silence. Not speaking Greek, I did not understand the words, but the ceremony was deeply moving regardless. At sunset the same ritual repeated itself, no singing of the anthem here. Once lowered, the flag was taken off the pole and folded to be carried away.

We often spoke of the removal of the famous Greek Marbles from the Parthenon, from Greece, the home of their creation. Their very absence creates a profound void, a wound carved into the heart of antiquity. I felt a great sadness at being deprived of experiencing all that has survived to this day in its entirety, in the place where it was created, where the heart of ancient and modern Greece lies. 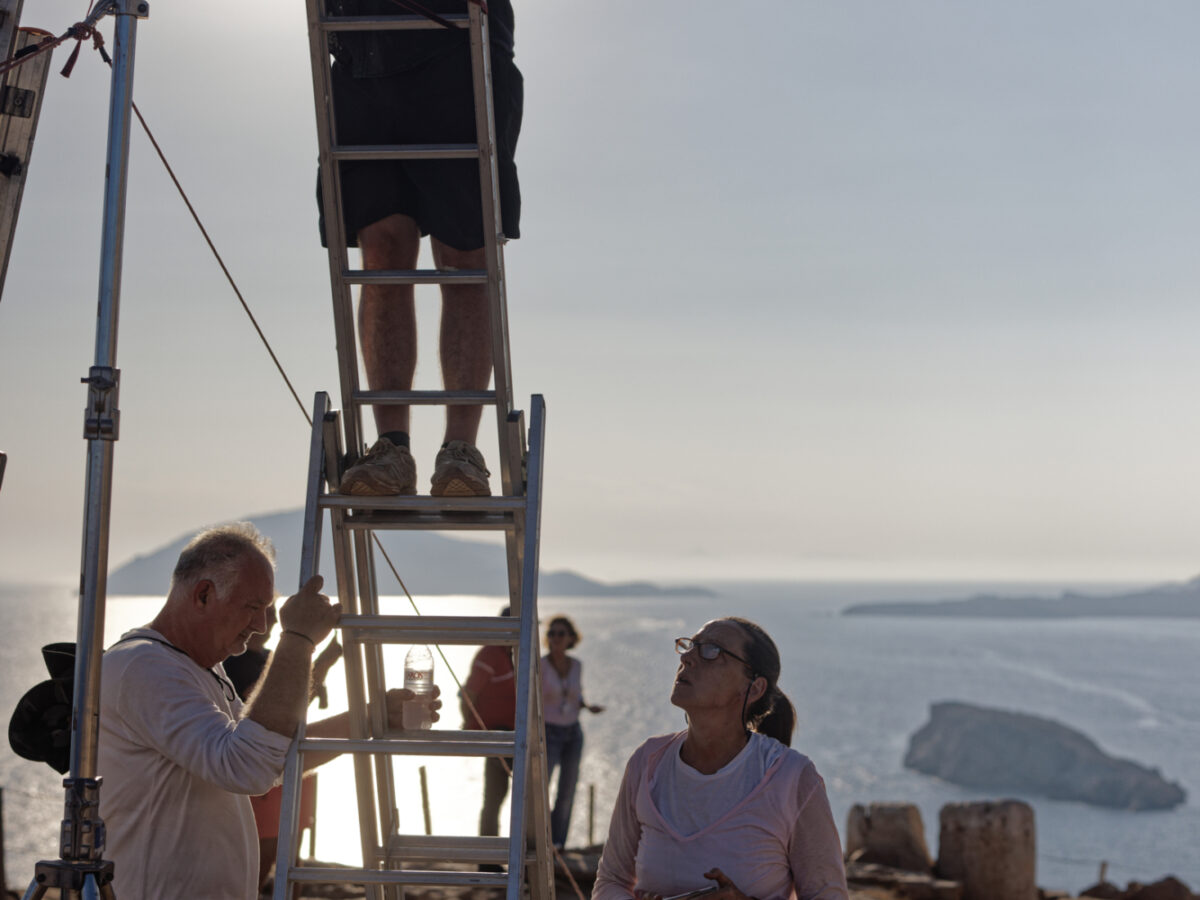 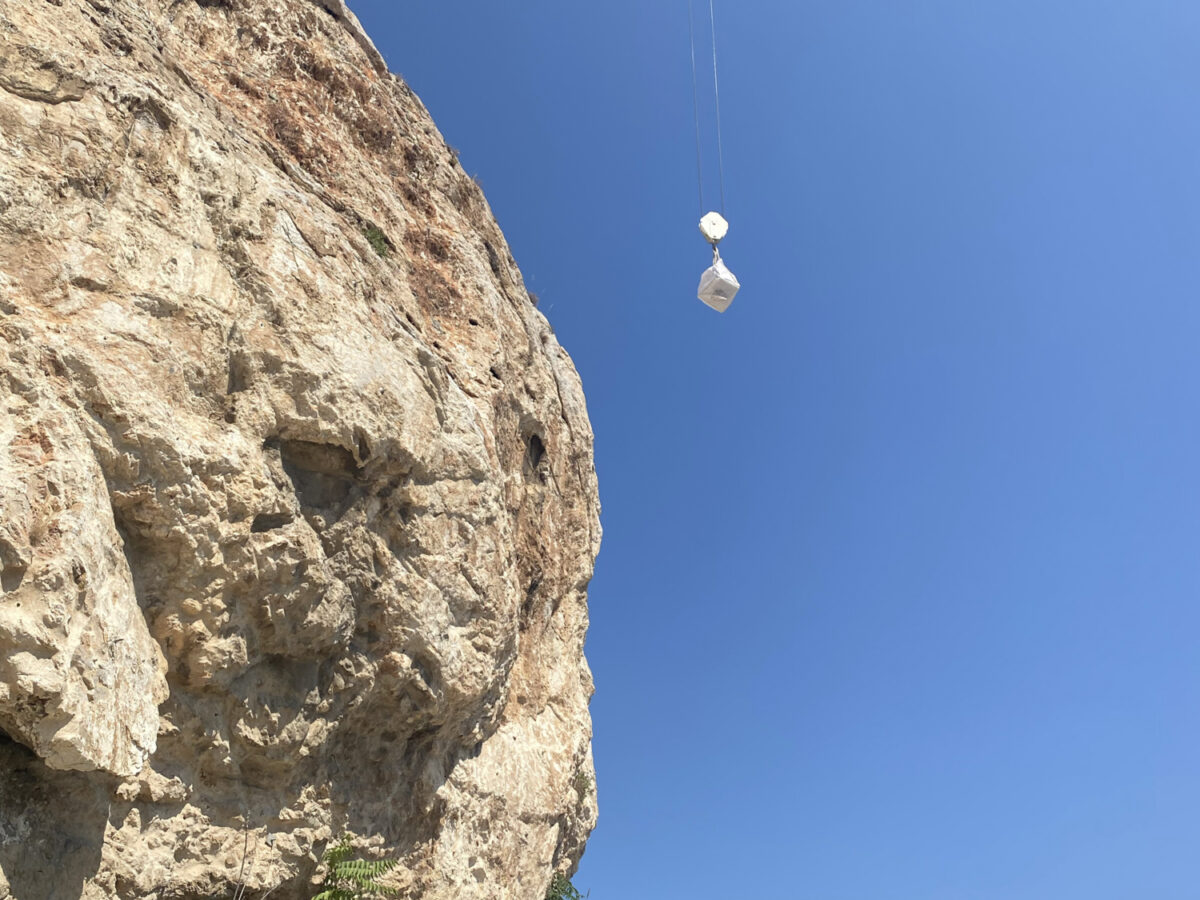 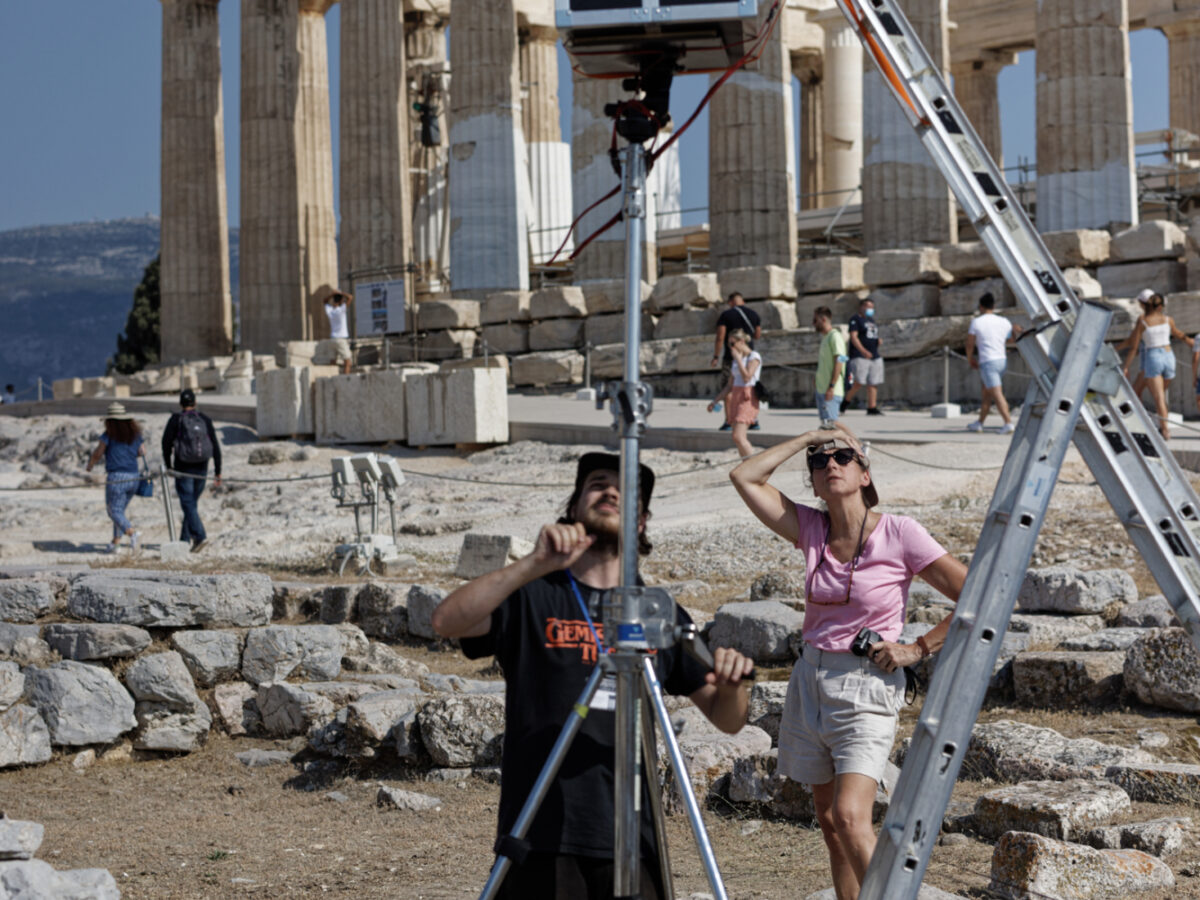