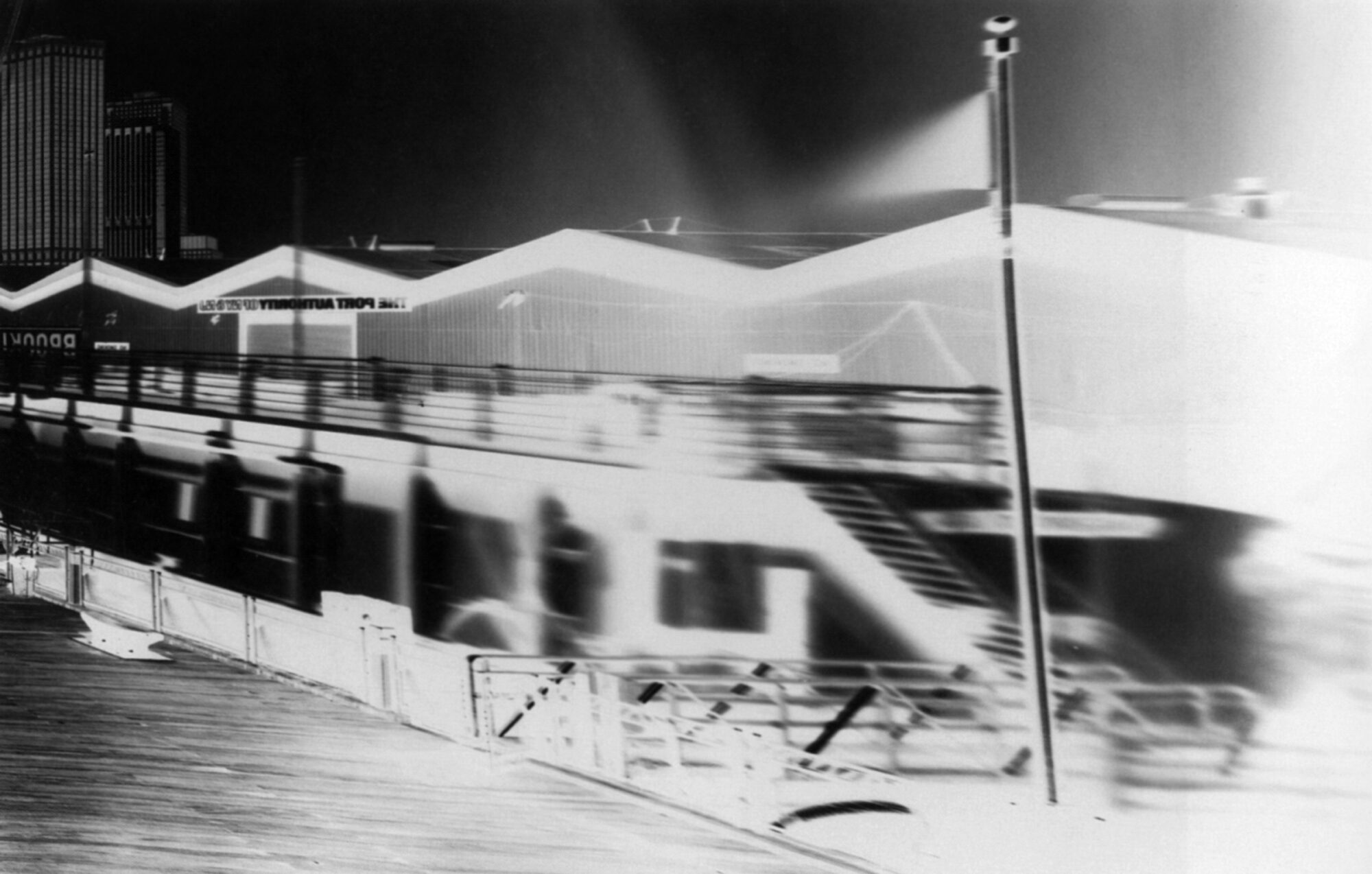 In 1996 I had only been living in New York for a few years. My ties with the city were still being established through my artistic practice—photographing with a room-sized camera obscura. Images of the city projected into the void of my camera and manifest themselves upside down and reversed. This intimate experience between myself and the city’s presence within the confines of the camera—a space which I inhabit during the exposures—gave me a sense of belonging and proprietorship.

These photographs mark a pointed time in my relationship with the city as well as the Fulton Ferry Landing’s history, after the area’s takeover by larger shipping interests and shortly before it was reshaped into the leisure destination of Brooklyn Bridge Park. The ferry lines to and from Fulton Ferry Landing served as crucial links between Brooklyn and Manhattan until the services were discontinued after the opening of the Brooklyn Bridge in 1883.

The immense size of the unique images well represents the imposing monumentality of the bridge and the role it plays in connecting these two boroughs with its sweeping span. But despite the size of the images, my choice to depictManhattan’s skyline alongside the Brooklyn Bridge from the ferry landing’s low vantage point encourages an intimacy with the famous sites not often attained in more iconic views. Beyond the personal perspective, the titles of several of the images—The Appropriation of Manhattan—claim a sense of ownership over the city, just as I had felt inside my camera.

A lingering specificity of time and place develops during these long exposures. The sun’s glare over the surface of the East River, turned soft by its steady current, conveys the balmy reverie one might have experienced in the pre-9/11 summer days during which these photographs were made. The sight of the Twin Towers—sometimes barely visible due to the angle of light on their mirrored surfaces—behind the ghostly barge, blurred by its rocking movements, ascribes a haunting quality and a hushed but enduring power and sense of time to this series of work.