back to Folding Four in One

Project Documentation – Folding Four in One 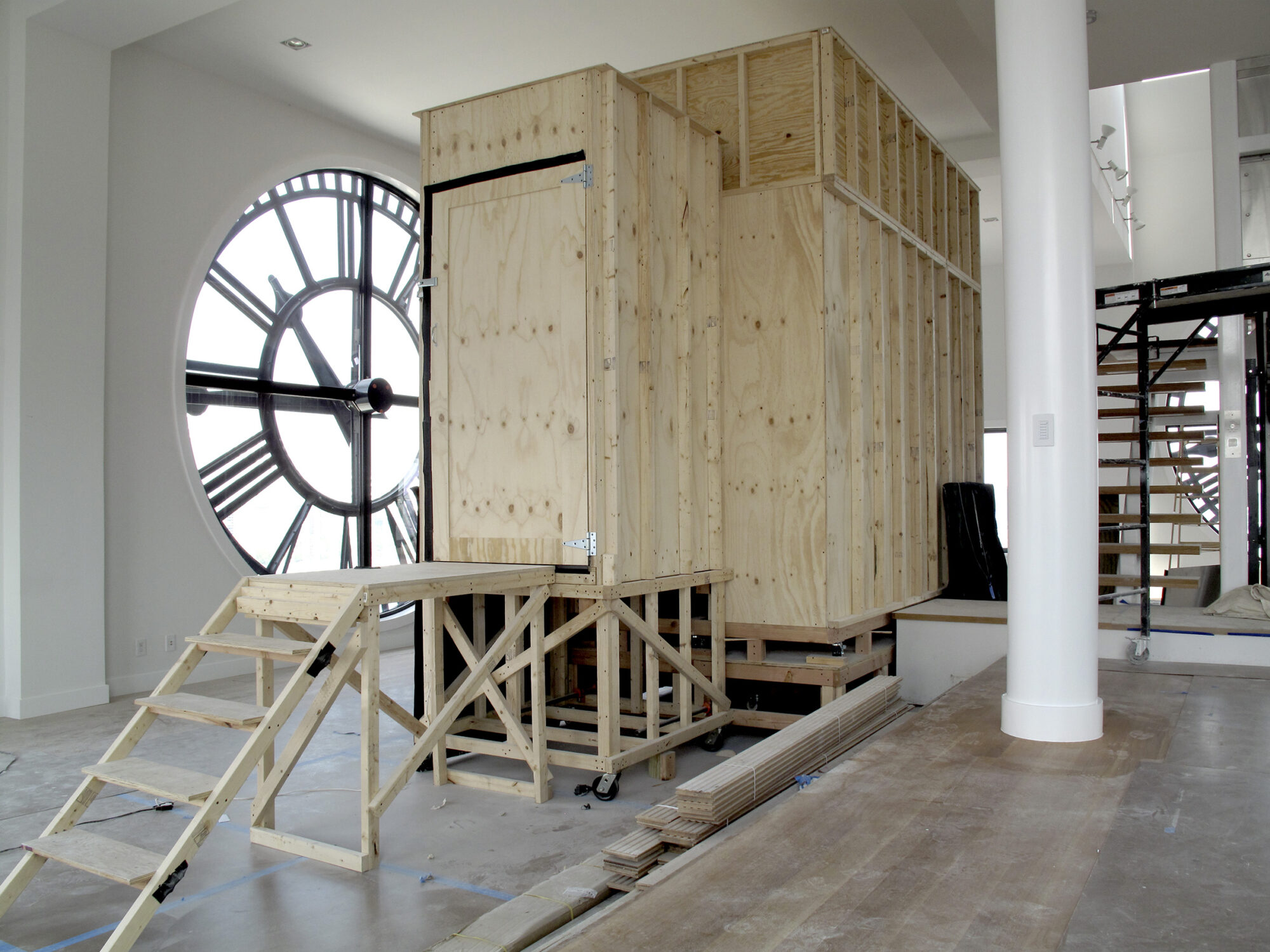 The building at 1 Main Street in Brooklyn, New York, is topped by a monumental clock tower. Constructed in 1914 on a rectangular footprint, each side of the building points exactly to one of the four cardinal directions of the compass. The clock tower, the highest part of the building, is perfectly square and each of the four sides houses a gigantic timepiece. Backed with clear glass, the clock faces allow for an exchange of light. During the day the large clock-windows illuminate the space within, and at night the interior space illuminates the clock faces. Through the faces of the four clocks, views of four separate New York neighborhoods are visible. The spinning indicators of the clock faces interrupt each view and give evidence to the passage of time.

In this lofty and illuminated space, Vera Lutter recorded these four views, framed by their spinning indicators. Using a room-sized camera obscura, she exposed large sheets of black and white film. The film pieces were then mounted onto plexiglas and installed in sets of four—one of each directional view—suspended in space and in a square formation. Each of the four large panels is seven and a half feet square.

Reflecting the site of its inscription, Folding Four in One is installed floating in a large white room. Three feet of open space is left in each corner between the panels, allowing the viewer to engage the permeable cube from within. While navigating through the space, the different perceptions of the four vistas unfold, blending in and out of one another as the time visible on each of the four clock faces remains constant. 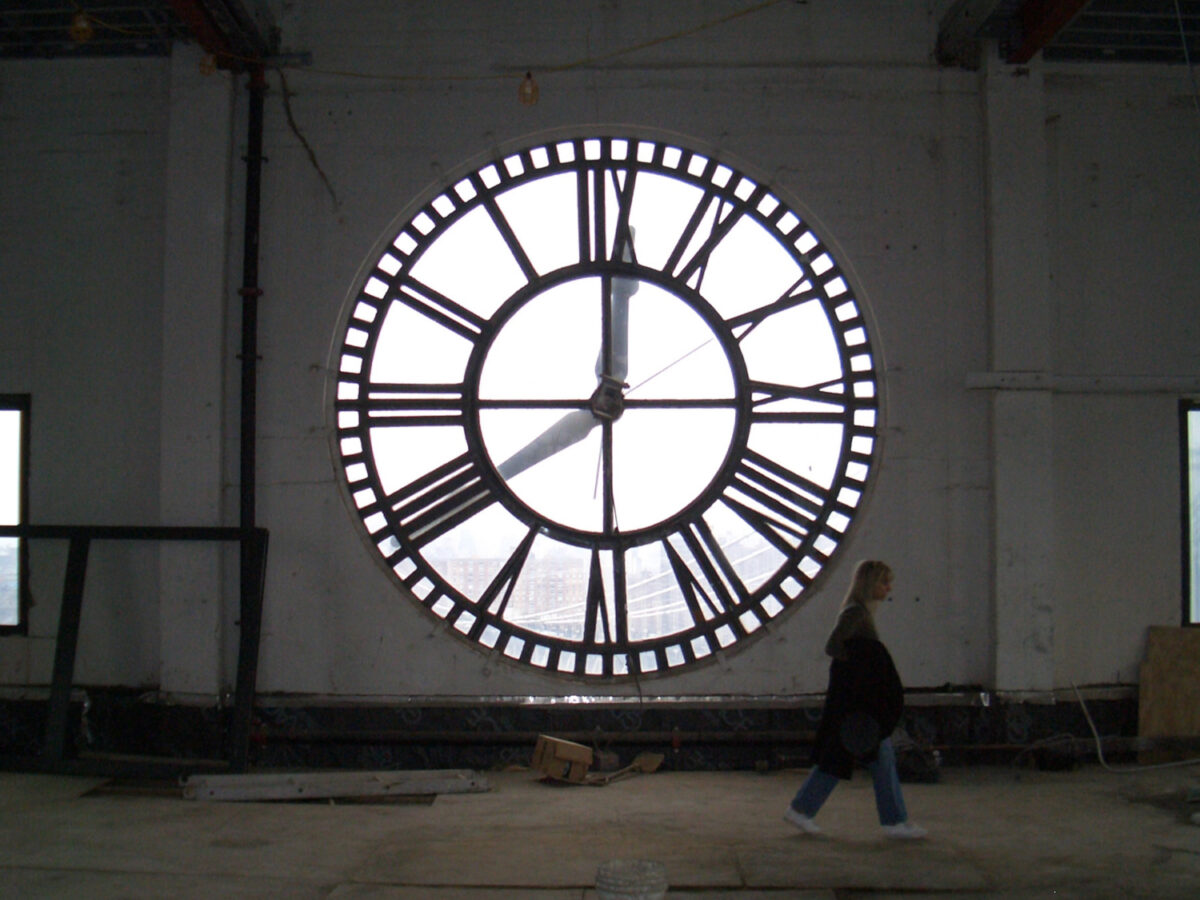 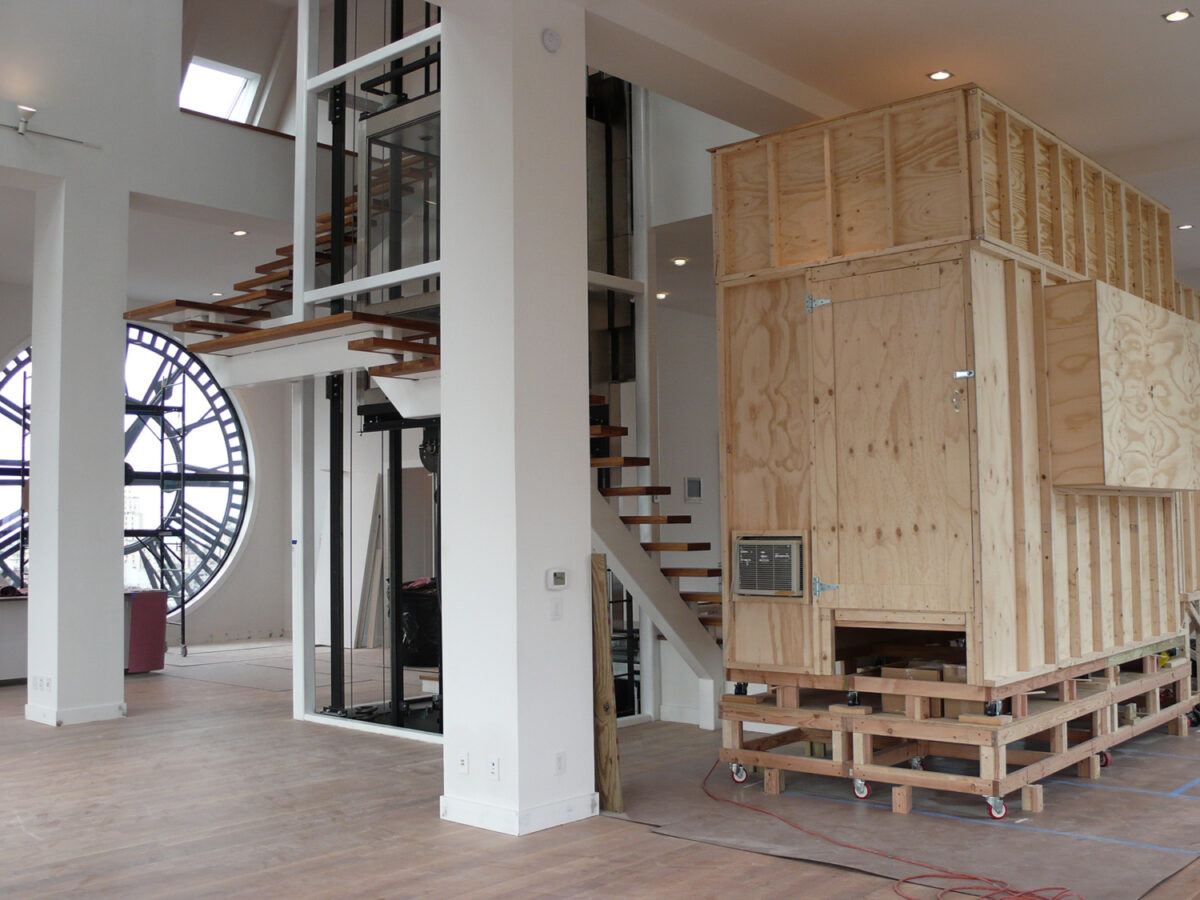 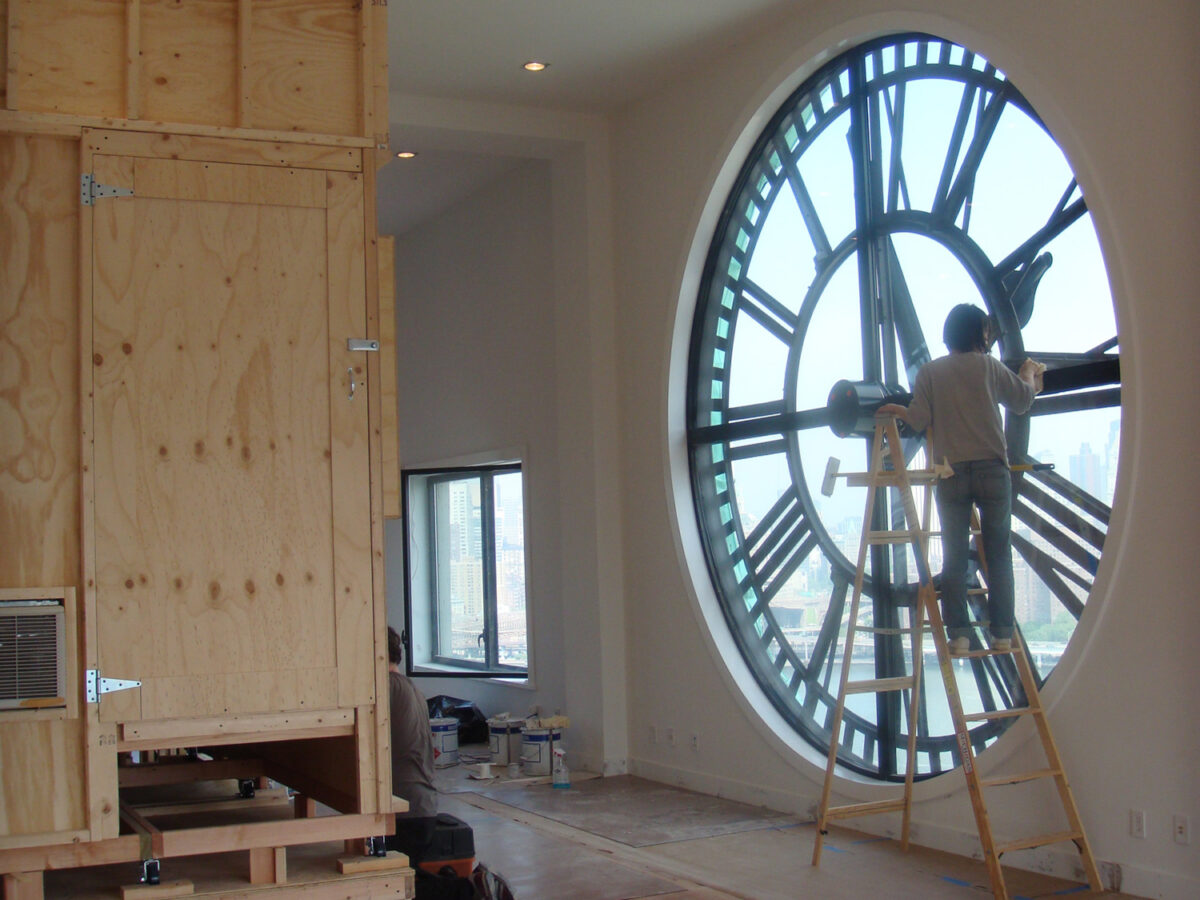