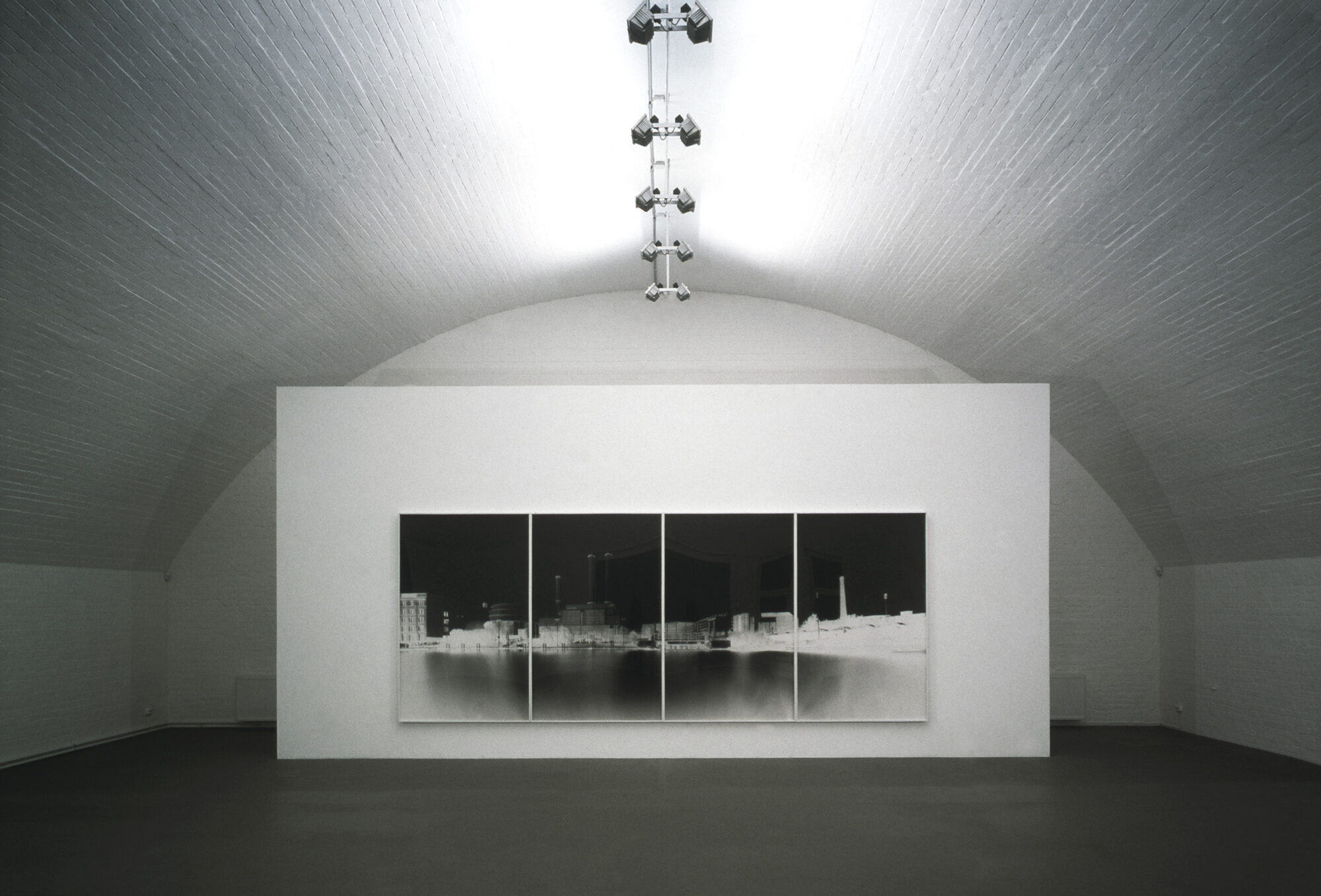 In the summer of 2003, Vera Lutter turned the Max Hetzler Gallery in Berlin into a large camera obscura. Hidden behind a freestanding wall at the end of the gallery’s large, vaulted space, Lutter discovered a small window with an astounding view of the river Spree and the opposite shoreline. The Spree, which runs through the heart of Berlin, holds many of the city’s most well-known cultural and political landmarks on its shores. The power station that stands near the center of Lutter’s image was built in the 1990s to replace the plant that had powered the former East German areas of Berlin.

In August, while the gallery was closed, Lutter darkened the space and spent several weeks producing her work on site. The gallery served both, as her camera and the darkroom in which she processed her exposed images. The resulting work was then exhibited in the space when the gallery re-opened, depicting what the space itself witnessed the month before. The previously hidden view was, quite literally, flipped onto the opposite side of the freestanding wall and revealed to the gallery’s visitors. An ideal example of an immediate transfer of experience with the gallery functioning both as the camera that produced the image and the exhibition space that presented it. This turned Lutter’s work into something closer to a site-specific event by means of the image’s direct relation and communication with its surroundings.

Furthermore, the image of the former thermal power station with its distinctive smokestacks, underscores Lutter’s longstanding interest in photographing sites of industry and exchange and serves as a precursor to her project the following year at the Battersea Power Station in London.