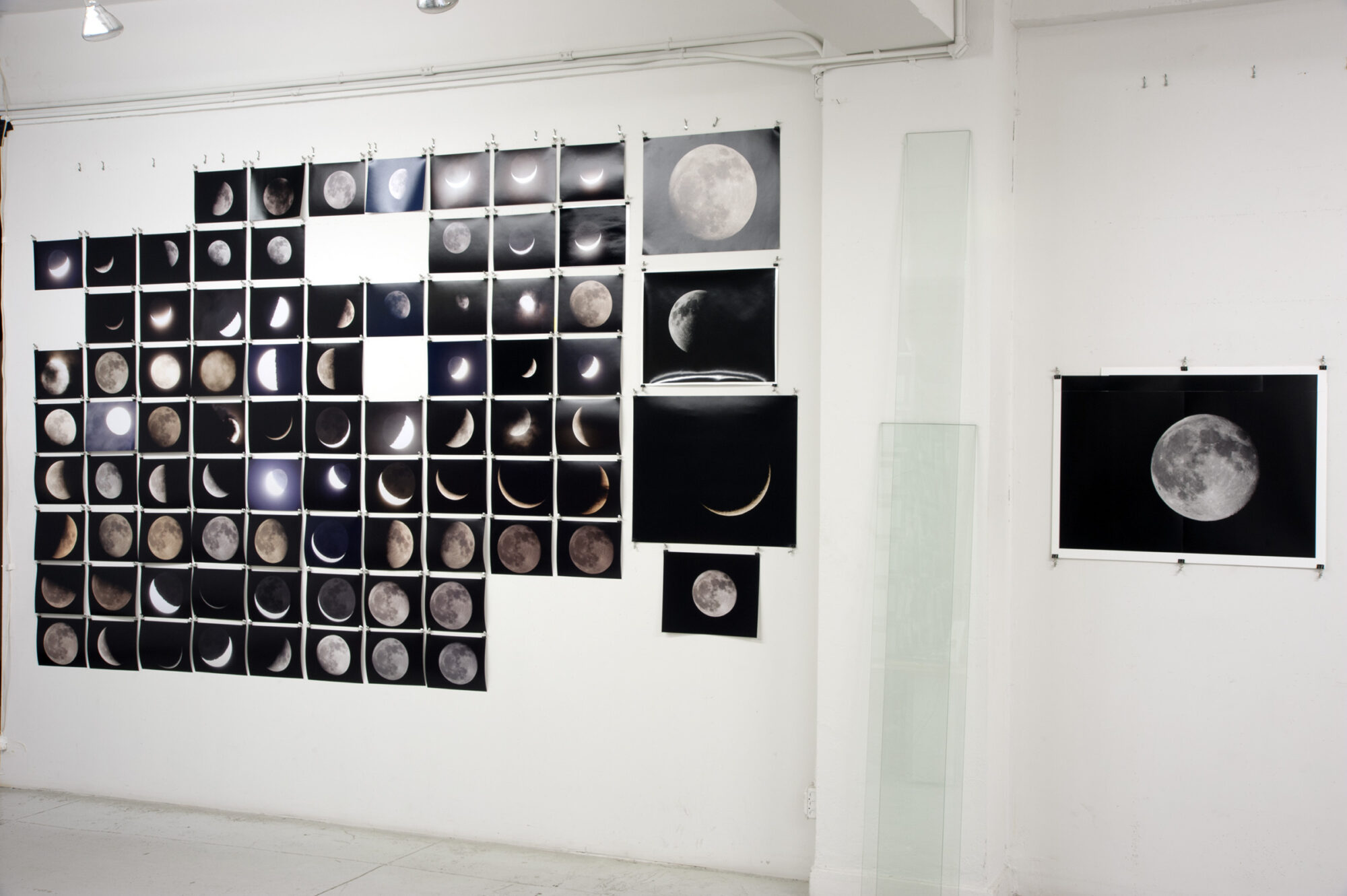 In a project spanning between 2010–2012, Vera Lutter has taken both analog and digital photographs of the moon from numerous locations around the world. The resulting body of work functions as a travel diary which contemplates the ubiquitous presence of this celestial body. Interested in lunar patterns, the artist photographed the moon during its different stages—waxing, waning, and even during an eclipse—portraying its forms as we commonly see them: a crescent, a gibbous, and a full moon. The way Lutter captured the moon as it emerged from the night sky recalls the way in which the artist’s pinhole subjects luminously materialize from the darkness of their surroundings. Although a departure from her camera obscura work, this project continues her exploration into the origins of light and its essential role in shaping vision and time. Together, these images remind us of what we see, what we don’t see, and what we can barely see—something obvious yet eternal.

When Lutter first started this body of work, she hung small photographs of all her images in a grid as an initial viewing context. As the wall grew over the years, the grid became a piece itself, an atlas of numerous variations of the same thing observed and captured time and again. While the first moon wall began as somewhat of a sequential and diaristic display, over time, Lutter sought to fracture the chronological arrangement to strengthen the formal characteristics of the subsequent works. The disrupted traditional linear timeline was turned into studies of time as a web. The final effect of Lutter’s moon wall works causes the viewer to experience a similar sensation to her camera obscura photographs, that of loosing one’s balance or disorienting what we hold to be fixed points within the world.