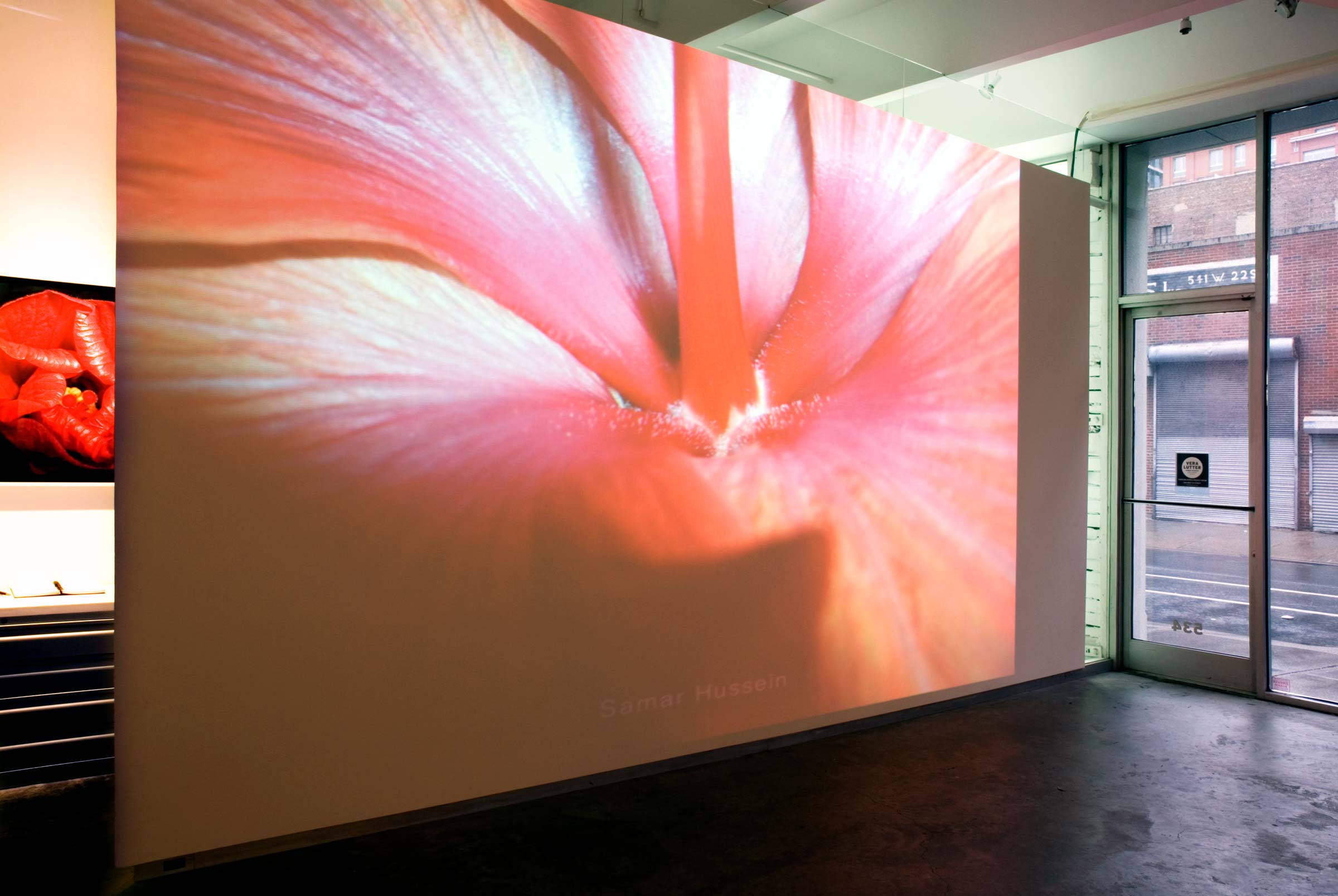 Samar Hussein commemorates the estimated 100,000 civilian deaths caused by the American-led war on Iraq since the invasion on March 20th, 2003. The project was conceived as an installation in which a window front covered with the names of the dead darkens a room where an endless loop of images is projected. Iraqi actor Abbas Noori Abood speaks the name of a fallen Iraqi, one for each image.

A portfolio of nine giclée prints has also been drawn from the projected images.

Imagery of a blooming Hibiscus plant was used as an analogy to the cycle of human life, from the unfurling of the first bud to the rotting of a decaying, shriveled blossom. The flesh-colored tones of these flowers together with their often surprisingly sensuous if not sexual forms, lend themselves to the memory of human life, its beauty and joy, and the memory of flesh, wound, and death.

The blooming period of the hibiscus covered a distinct timeframe, as did each individual blossom. Photography’s intrinsic relationship to time, forever sends an at-once-present moment into the past, which in itself continuously slips further away from us. The obtained, tangible image holds the breath of that very moment.

Time, light, and subject, photography’s intrinsic components, establish a sense of transience and death within this medium. The flower, as a part of nature and its analogous appearance to the human body, the conceptual properties of photography, and the very duration of this war, all made themselves available to give evidence to my eulogy.

Using information obtained from the Iraq Body Count project, names of the dead were applied sequentially to the hundreds of photographs—one name per image—in chronological order of their death. The first image and the entire project are named after Samar Hussein, a 13-year-old girl, and the first civilian to die whose identity was recorded. 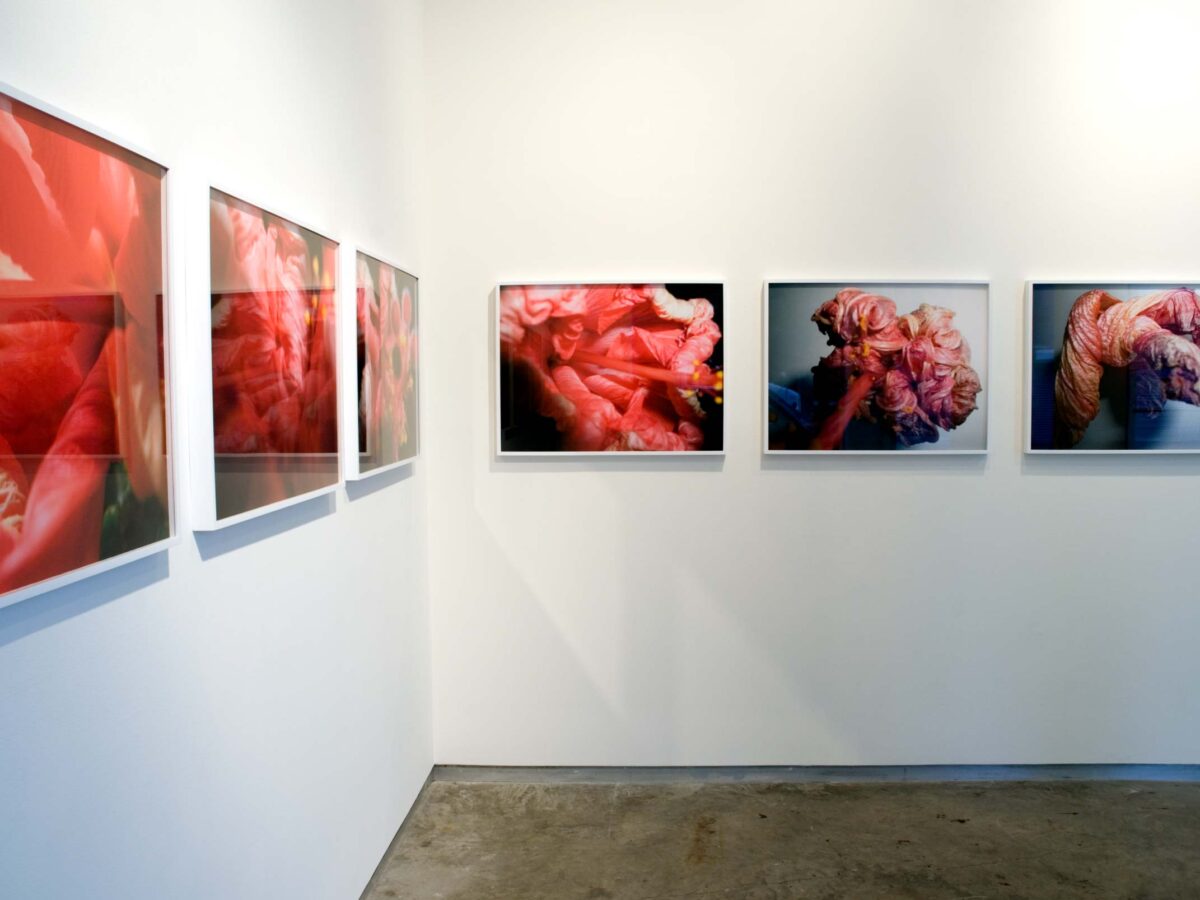 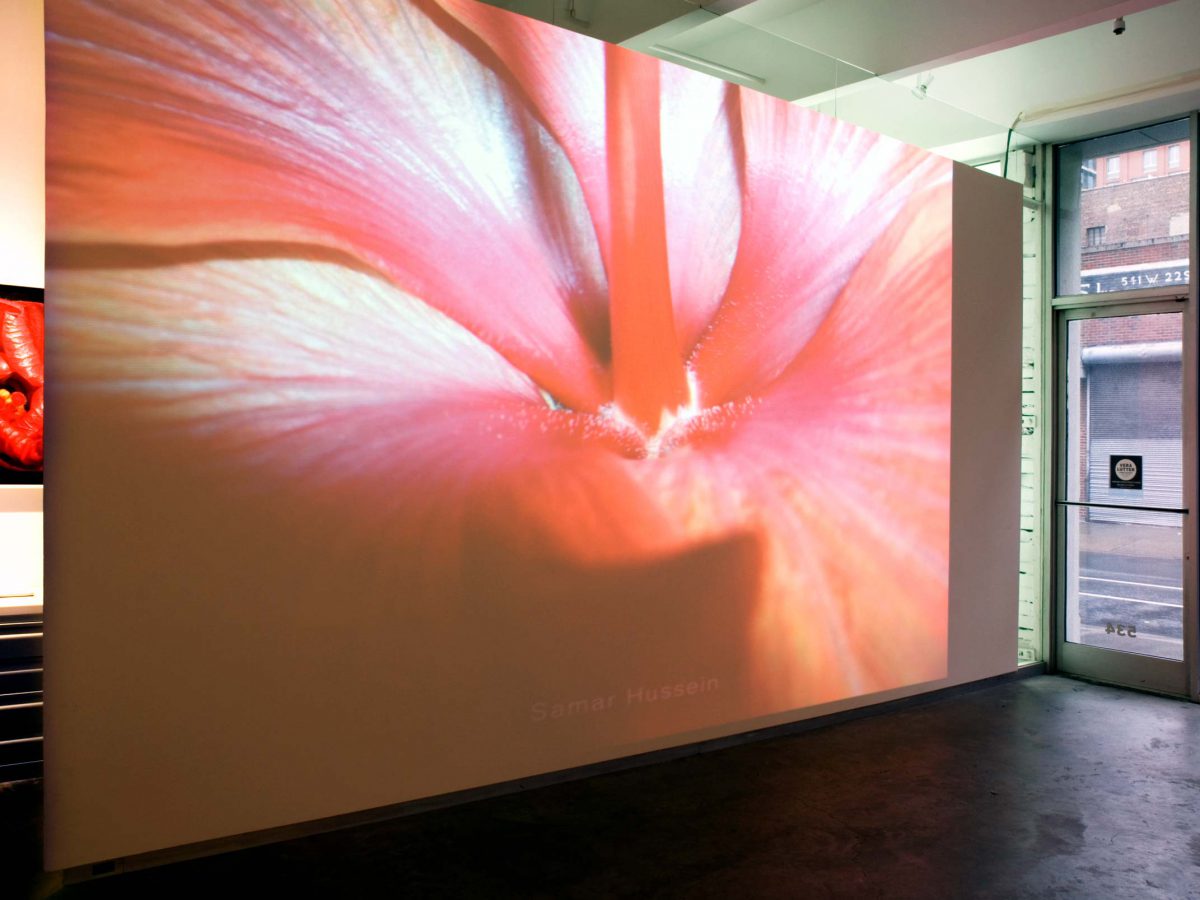 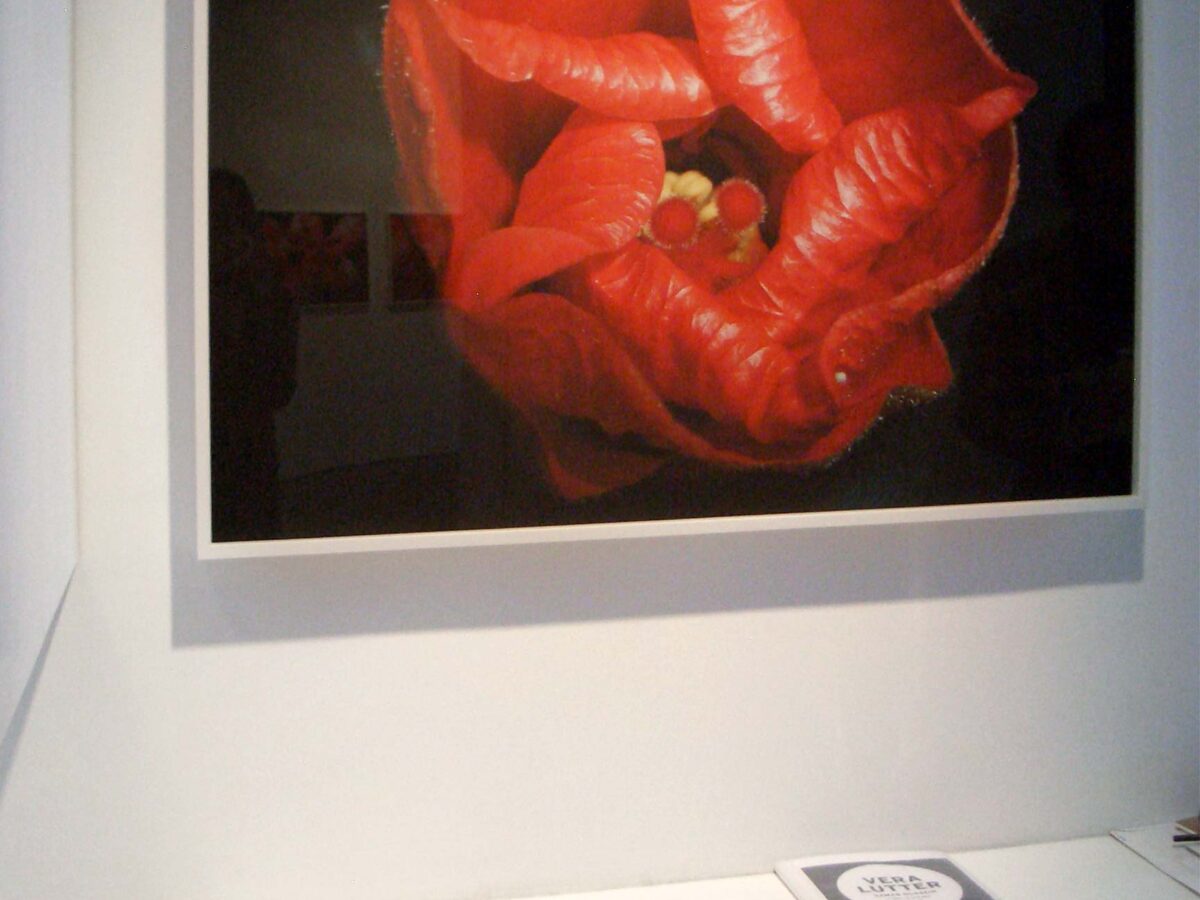 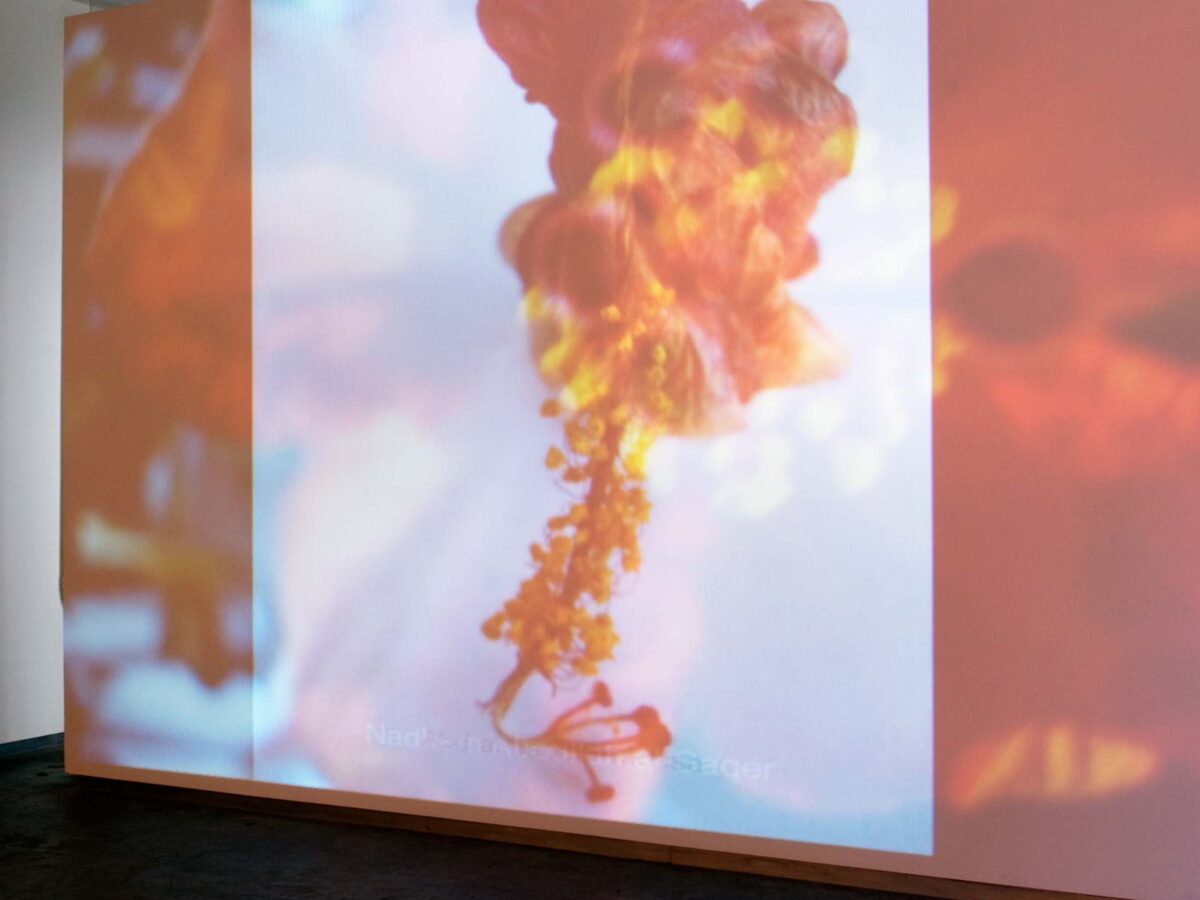 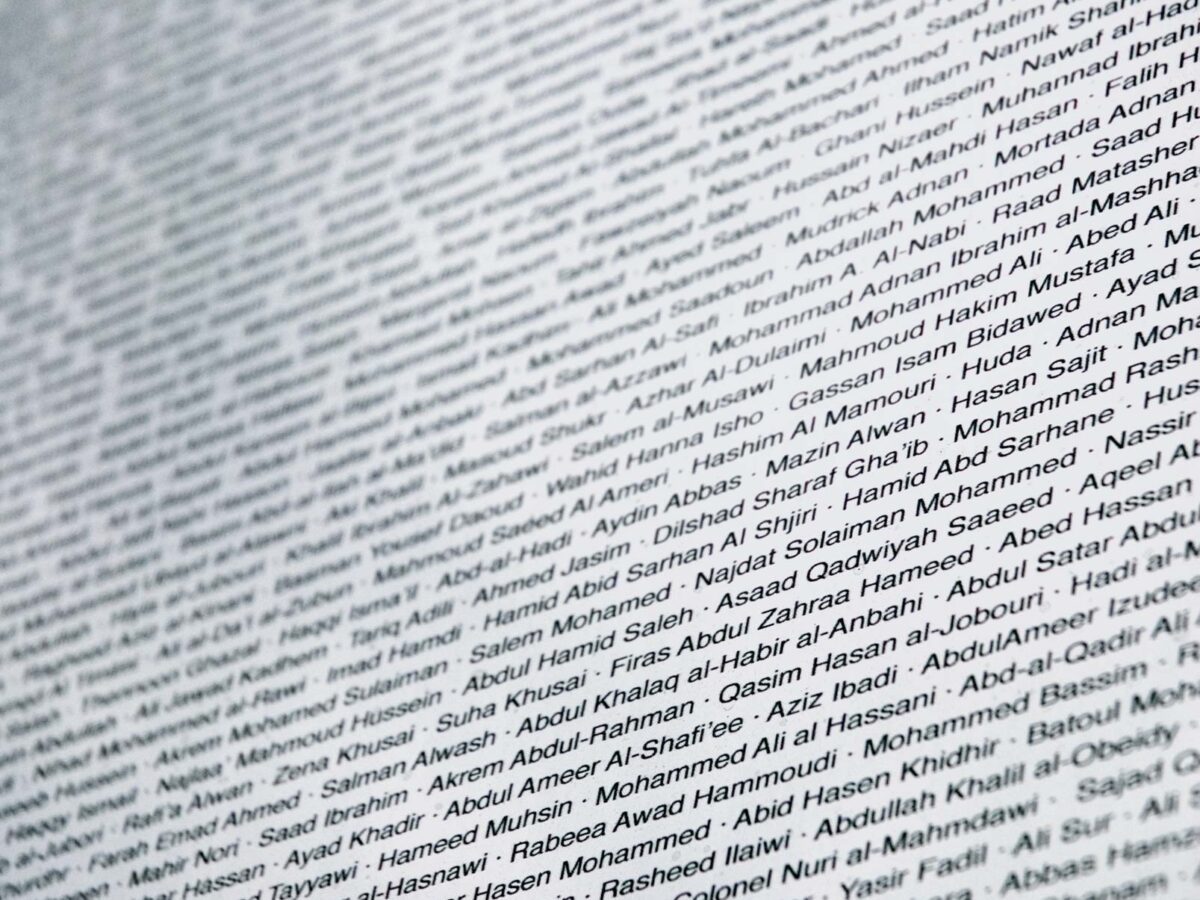 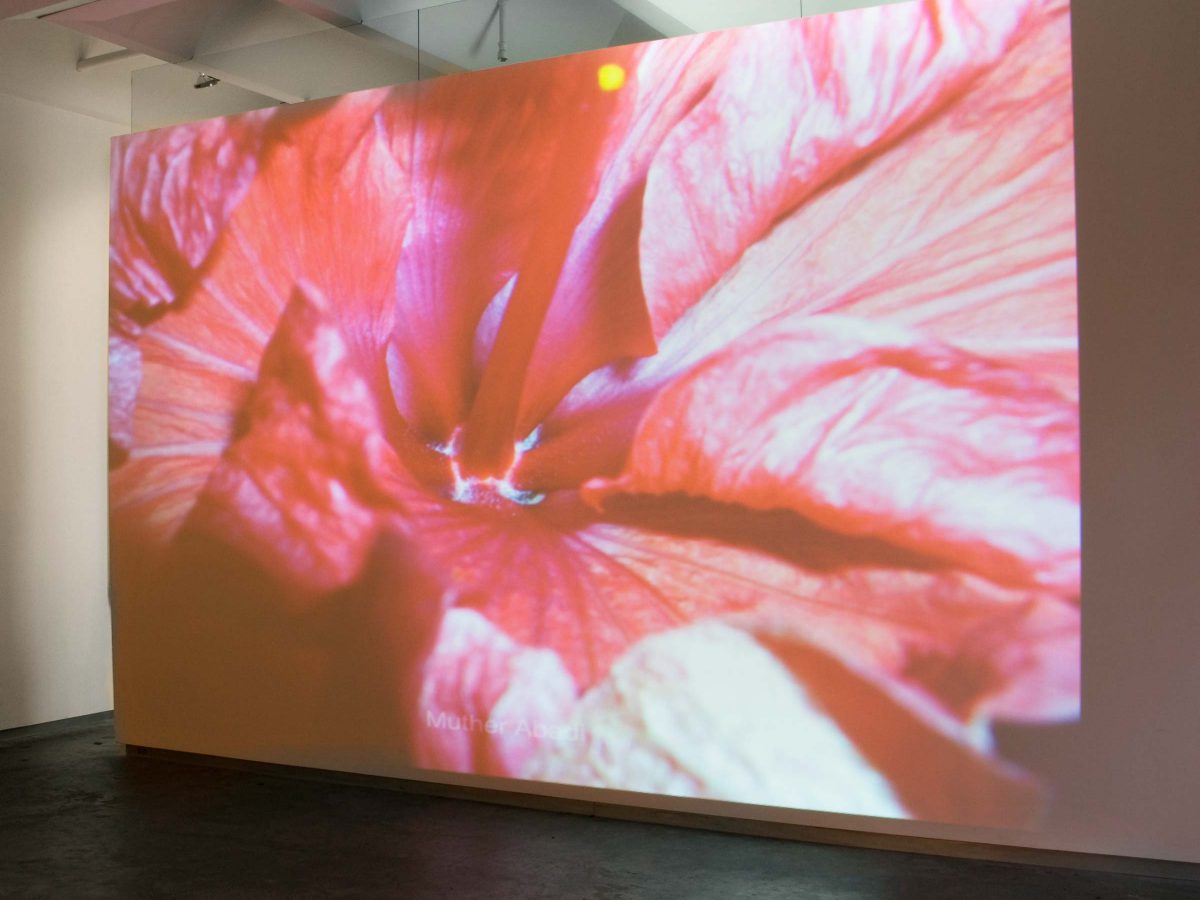